Support my Patreon if you want to pay me for me writing my blogs: http://www.patreon.com/user?u=244303

Now in the news recently a comedian came under attack for making an offensive joke and claiming it was satirical. Not going to specify, since this is a problem almost as old as humour itself. And almost as old is the complaint â€œsatire is dying/dead thanks to political correctness/whateverâ€. But is it dying though? Or is it now stronger than ever?

Of course before we start we need a definition of satire. Now I’ve heard it said before that satire is designed to attack those in power, not to attack those without it. Now in part this is true, but I don’t think it’s really getting to the root of the problem. No the purpose of satire is to attack society and all the things the writer thinks is wrong with it. Now while often those in power are the ones to blame for society’s ills, that’s not often solely the case. Take great satirist Jonathan Swift’s Gulliver’s Travels and great satirist Dr. Seuss’ The Butter Battle Book. The former features a war being started over which end of the egg to crack open after boiling it, the other about which side to butter toast. Both of these are, of course, jabs at the age-old fundamentalism that exists in humanity. While it can easily be seen that Swift is targeting the Catholic vs. Protestant ideal while Seuss is targeting Capitalism vs. Communism they are both attacking the same root idea: Namely that people will get stupidly attached to their beliefs and that the beliefs themselves are stupid. But if the first definition listed was true, these books would automatically be considered ‘bad’ for their portrayal. These people in the real world don’t hold power, at least not all of them. This is an attack at the powerless for misusing the little power they do have. So to say that satire exists as an attack against those in power to help those without it is fundamentally misleading. Satire exists to make fun of society, whether light-heartedly or cruelly. But how can I say this for certain?

Because I myself have written two works of satire: Gulliver’s Modern Day Travels and Dante’s Internet. Both of them are mocking the same idea, namely that the internet is a rather horrible place when you get right down to it. But what’s interesting is the attention they received. The former didn’t get much praise, with most people missing the subtleties and little references. It required having a very specific train of thought to get all the jokes. The second was much broader, much more obvious with its target and thus a lot more popular as a result. Popular enough to be brought up in a university class at least. Which leads me to wonder: Why is it the first one was merely thought of as being ‘okay’ while the second one was thought of as being brilliant, when both are about the same subject? What can we learn from this?

The key here is that it’s not satire that is at fault, or at least not the sole problem. No the problem is that how you address the audience is different now then it was back then. Nowadays thanks to social media and the ilk satirists are more in touch with their audience than ever before. In the past someone like Swift could happily write a book that takes jabs that only ten percent of the population would get, because he would still make a bit of money either way. Shakespeare could induce satire into his work because there was more for the common man to see besides it. Satire is often pared with comedy, but the writer is often disconnected from his audience. But now that’s all changed. Comedians live and die on how funny they are and, since they’re at the mercy of television studios and the ilk, they’re forced to try and make the maximum number of people laugh. Satirists of the past produced satire mostly for their own benefit. They wrote it because it was something they wanted to write. Satirists today produce satire because they need viewers to keep the show alive, or they need book sales to keep things floating. They need an audience more now then they ever did. And that’s forced satire to change for the worse.

As I said before, in the past you could happily write a piece of satire that only a small portion of the population would understand because you’re hiding it behind something else they wanted to see, or you were writing it for your own sake. But when you’re trying to reach the broadest possible audience you have to ‘dumb it down’, make the satire more obvious so people feel smart for recognizing it. Take my two blogs. Now I’m not saying my readers are dumb, it’s just that you really need to have a good knowledge of the original source material in the former to get all the jokes. You also need to know a lot about internet culture in general. In short, you need to do a lot of homework to unpack the story. In the latter, the jokes are much more on the nose. Far less subtle, more along the lines of ‘man does X suck or what’. And that’s popular because more people can get it. Even if they’ve never read The Divine Comedy they can understand the idea that Facebook = evil. It’s a much broader and thus much more popular piece of satire because of it. And that’s the problem facing most modern day satirists. The line between satire and insult is a very fine line. It requires skills and panache, especially if someone is making fun of a not-acceptable target (for example, poking fun at minorities rather than politicians). If you’re poking fun at something like that you have to be really good at what you do, which most modern day satirists are. But when you go too broad, when you make it too unsubtle, that line becomes very easy to cross. You stop making fun of the idea of making fun of minorities and start actually making fun of minorities. And since people don’t like it when you make fun of something they care about, they’re more likely to get offended. As such, comedians tend to land in hot water for making their joke too simple that it’s confused for simple hate speech.

So is satire dying? No, not really. Satire is always going to exist in one form or another, as long as there are writers in the world. It’s what writers do: They take apart and analyse the world through the use of words. But bad satire is making it that little bit harder to do. Because bad satire should be booed. It’s an unfunny joke. But it is having an impact on the ‘genre’ as a whole. People start to claim that ‘satire’ is just another way of hiding prejudices using the excuse of comedy. Comedians have to be more careful about what they say, satirists are forced to play it safe to keep the public happy. It’s a shame really. Could something like Gulliver’s Travels be published today as a satirical work, making fun of modern day problems? Maybe, maybe not. Satire isn’t dying, but it’s in the danger of becoming less acceptable if bad satire continues to survive.

So there you have it. My ramblings on satire and why it isn’t necessarily dying due to the reasons people think it is. If you disagree with anything, or have anything to add, feel free to leave a comment. Till next time. 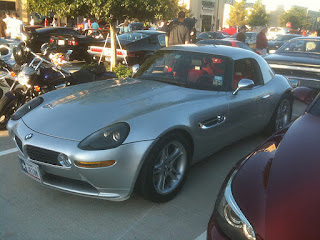