A Look at Disney Power of The Princesses: Finale

Hello & welcome back to A Look at Disney, we’ve reached the finale of Power of The Princesses. And how to close out this event, simple, a countdown ranking the 13 princesses from 13 to 1 with one being the best princess but here is the thing, I decided to ask my partners to rank their favorites with 13 being the top and so on and so on and also send in some final words about each princess. Now, not all of them got their words to me in time but I am ready to close out this event and let’s begin and I will also reveal the points that each princess accumulated through the voting process. 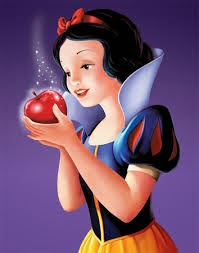 I gotta say that I feel pretty bad that Snow White came in last place. She is not a bad character and I truly do think she is a good start to what was to come with the princesses. Sure, she may not be the best but I think she is a sweet young character. And here is Rati8ntor’s final words on Snow White. 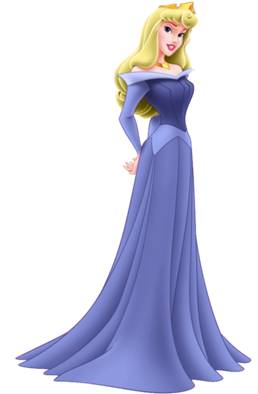 Aurora is a character that I am not a big fan of and I was hoping that she’d be in last place. Coming in second to last place is okay with me, however. I just don’t think she’s a very well developed character and more of a plot device. However, there were others such as Ingoyama are a fan of the character.

“While far from the strongest woman in the Princess canon, Aurora is lovely and ladylike, with a glorious voice, and the little bits we do see of her character suggest a likable, sweet-natured person. Unfortunately, she’s more likely to be remembered as a victim, both of the societal standards of her time and her role in her own story.” – Ingo 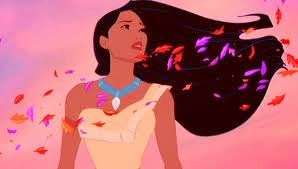 Pocahontas is another character that I’m not too fond of. parts of it are I just felt Disney was trying to do much taking the story of a real person and honestly, I think that she is kind of boring character. And here are T-kun’s final words on this character.

Pocahontas is a work all on her own, her being her own person is there, but with the history tie-in to it, is where she falters. But still, even with that, what is done is a piece of work, that should be notice for what she was trying to be than what she failed to be. â€“ T-kun Coming in at # 10 is Merida. Merida is a character that I can go back and forth on. She’s not a bad character but I think at best, I’m indifferent to her. And once again, here is what Creepy had to say at the end of our Merida cross over.

Merida shows how those traits can be both positive and negative. We see her stubbornness as a detriment at first, but that same hard-headedness gives her the drive to success at whatever she sets her mind to. This is what helps her save her mother and younger brothers at the end. There is nothing wrong with blazing your own trail, but both Merida and Elinor demonstrate why wisdom and experience count when finding your way through the world. – Creepy 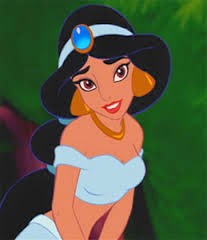 Jasmine is a decent character and she is very strong-minded but as I pointed out, I feel like she gets lost amongst the other characters in her movie. Don’t misunderstand, she isn’t a bad character but I really don’t remember much of her, when compared to Genie or Aladdin. Here is Old School Lane’s Patty with her final thoughts on Jasmine.

Jasmine is a Disney princess that is assertive and determined to not let her life being controlled by her father and the laws of the country. While not as complex as Belle, she’s still a great role model for little girls. There’s a reason why she’s the most marketable character in Aladdin next to the Genie. â€“ Patty 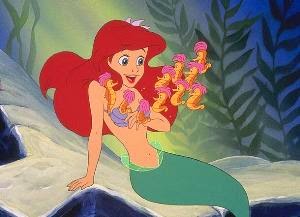 I am truly disappointed that Ariel is this low on the list. She’s my second favorite Disney princess but this was open to all of my partners and when I tallied up the votes, she ended up in 8th place. A bit disappointing considering how much of an influence she in bringing the fairy tale movies back to the forefront. From our cross over, here is DisneyOtoko’s final words on Ariel.

A character that has so many stories, goals both short term and long term, experiences throughout her life over multiple universes over every entertainment medium imaginable which is something that no other Disney Princess can really say. Always adventuring, exploring getting into trouble, getting out of trouble, learning and growing. And also Ariel is extremely adaptable and diverse. This is a kind of character that you can put into any genre or scenario. You want action adventure Ariel can do it! You want a sweet and cute slice of life story? No problem Ariel can have a simple cozy day. You want a horror story? Ariel can even survive vicious monsters and abominations! Also the consistent legacy and popularity over the past 25 years! She opened the door for all princesses after her and redefined the Disney Princess and even when other Princesses surpassed her after the original film there was always another story or media where Ariel caught up and came back to being the best again. The best part about it is that sheâ€™s not slowing down yet and not out of stories. She has so many more adventures that have yet to be told and hopefully Disney gets off their concept of pretty dresses and puts Ariel back into her adventuring gear again ready for new experiences, challenges, lessons and villains! – DisneyOtoko 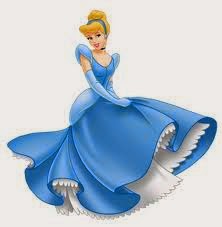 Y’know, I thought Cinderella would be in the top 5 for sure. Her placement on the list surprises me the most. She always seemed to be one of the most popular princesses and Disney loves to push her as the leader of the princesses, so I had thought, she’d be in the top 5 at best. Here are Les’ final words on Cinderella.

Cinderella is a classic Disney princess for a reason. She is compassionate and caring despite the cruelty she suffers at the hands of her Step Mother and Step Sisters. I also really love her relationships with the mice, birds and other farmyard animals. I see her being a great queen. â€“ Les 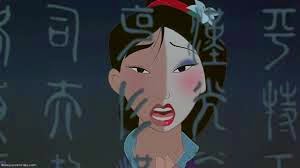 Mulan is one character, where I had no idea, where she was going to land. Oh, don’t get me wrong, she’s a great character but you really don’t hear much about her these days and I think the number 6 spot suits her as this is just right. I think this is a character that people can go either way on. 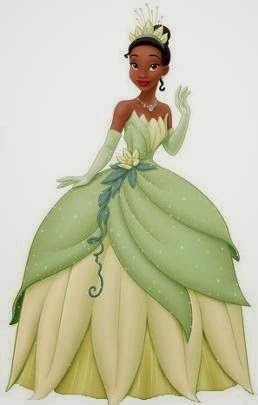 I’m happy that Tiana is in the spot, she has landed in because she is a character that deserves more love than Disney has given her. They really seem to have pushed her to the wayside in favor of the other ladies. I almost think Disney is ashamed of her because the movie didn’t do as well as they had hoped. That’s sad as she is a good character that brought the princesses back like Ariel before her and if you are a fan of Rapunzel, Elsa, or Anna, you owe this character a great deal because we may not have gotten those other three without her. Here are T-kun’s parting words on Tiana.

There could be a lot of fan ways of saying why I like Tiana. But to say just as a person viewing the moving that she is part of, is goes that with a goal, it comes hard work, a little help from the sidelines, and a certain wave of choices be them wise or not to earn it. As in that she is maybe the closest realistic princess in the line-up, if for anything, that’s why she’s my top best. â€“ T-kun

Yeah, I’m not too surprised that Anna is in the top 4, Frozen is popular and counting up the votes, it’s not hard to see that people are a fan of her and her big sister. Though, Anna has slowly overtaken Elsa as my favorite Frozen character and that is due in part to how much I relate to her. She is simply put the best example of a younger sibling from a Disney movie. Here are Ratin8tor’s final words on Anna.

The latest and quite possibly the greatest, she embodies the old while embracing the new â€“ R8 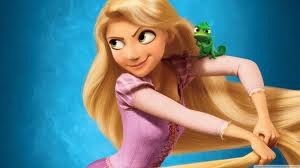 We all know that if I had done this list on my own that Rapunzel would’ve taken the top spot and that is in part, why I didn’t want to do the list on my own because I didn’t want it to be so predictable from my part. And during the voting process Rapunzel came close to taking the number 2 spot but was bested by one other lady. Still, top 3, I can’t complain at all about Rapunzel taking third place. 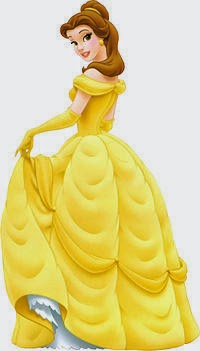 I am no way in the slightest surprised that Belle landed in the number two spot because she is one of the most popular Disney characters but it was a hard fought battle between her and Rapunzel for the number two spot, when looking at the votes. She is a great character and an even better role model and one of the best for young children out there. Here is Creepy’s final words on Belle.

Belle will always be remembered as my first favorite of the Disney princesses. Strong, willful, intelligent, and most of all, kind, Belle left a trail behind her than princesses since have struggled to walk.” – Creepy 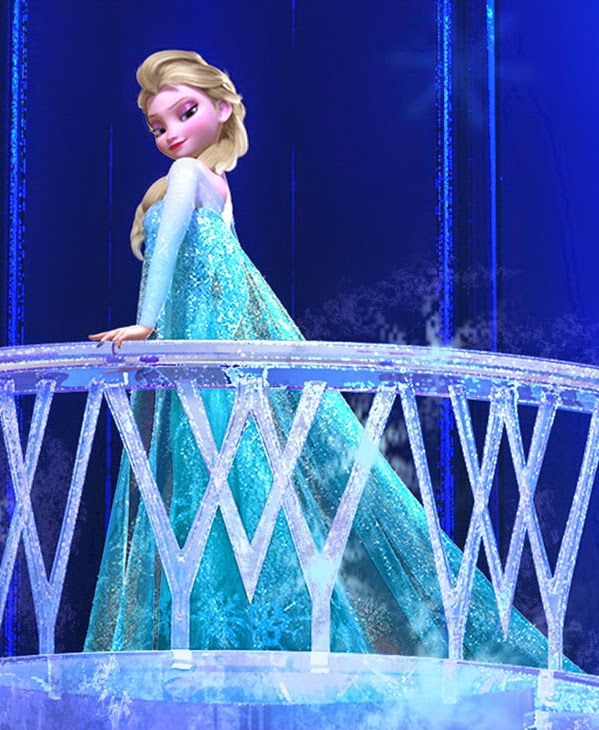 Yeah, in no way was I surprised that Elsa took the top spot. From the moment, I got the votes, Elsa had been number and she never moved from that spot. Elsa is just that popular and that good of a character. In many regards, this doesn’t surprise me because around the time, I was collecting the votes, Time Magazine was doing a poll of people’s favorite Disney princess and Elsa was named number one there as well. What can one say about Elsa that hasn’t already been said. Here from our cross over is what Fusionater had to say about Elsa.

To me, one of the things that makes Elsa such an excellent character is how much you believe her torment, and how much you want to see her pull through. Metaphors aside, she has the complete and total power to rain destruction on her entire kingdom by accident. That’s gotta get to you sometimes, this worry is further fueled by her having almost Frozen her sister when she was just a little kid. Her parents tried their best, albeit making poor decisions, but I don’t think anyone could teach someone to get past that. – Fusionater

And I can’t be too disappointed with Elsa taking the top spot as I truly do think that she is a great character and hey, people love her.

And so, this brings Power of The Princesses to a close. Join me next month as I start my look at every Disney Villain ever. Nah, I’m not going to do that. Taking a break from this retrospective series for a while but before I close out, I leave you my readers with a question, who is your favorite Disney princess and who is your least favorite Disney princess? Let me know in the comments, peace!