Despite a moderate financial success of over $62 million dollars,Â Snow DayÂ was a critical failure with numerous negative reviews by both critics and viewers. The movie that was overhyped by Nickelodeon was a huge disaster. So they decided to connect with the kids with a more action packedÂ movie after the huge success of Robert Rodriquez’sÂ Spy KidsÂ a year earlier. 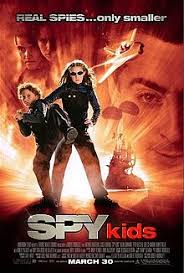 So what did they do? They had a action sci-fi film withÂ ClockstoppersÂ which debuted on March 29, 2002. The commercials and trailers showed a really interesting concept with a teenager with a clock that can freeze time that was directed by Jonathan Frakes. Does this movie deliver with the interesting concept or has time froze too long for appeal? This isÂ Clockstoppers. 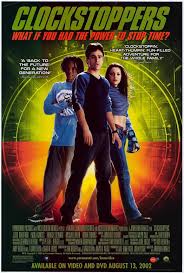 The movie starts off with a mysterious man in the airport bypassing security and bribing people so that he can get on a plane to Costa Rica. Unfortunately, he gets captured and brought into a truck where two henchmen ask him about a watch. Meanwhile at the Quantum Tech Corporation, the leader Henry Gates (played by Michael Beign) hired a scientist named Earl Dopler (played by French Stewart), the man from the beginning of the movie, to work on a time stopping technology called Hypertime. Dopler had worked on Hypertime for so long that he had aged rapidly by 20 years. Gates wonders where the watch is, but Dopler tells him that he gave it to his former college professor named Dr. George Gibbs. Gates was so angry that he send the henchmen to find the professor and get the watch back.

We then cut to a teenage boy named Zak (played by Jesse Bradford) riding his bike and pulling off tricks. He heads over to school and meets up with his best friend Meeker (played by Garikayi Mutambirwa) and his long time crush Francesca (played by Paula Garces). When Zak tries to talk to her, the high school bully teases and pushes him around. When he gets home, Zak accidentally discovers the watch and decides to have fun with it. He invites Francesca and play around with the watch by seeing time frozen before their eyes. 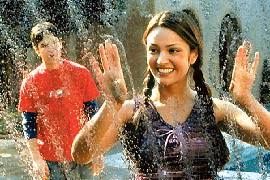 They begin fooling around with it, messing with the bully’s car, stealing a car, crashes, and end up getting in a hospitalÂ awakeÂ by a police officer saying that he’s under arrest for grand theft auto. He tries to explain about his watch being able to stop time, but it doesn’t work anymore due to it being damaged by water. Eventually, Zak and Francesca meet up with Dopler and find out that there are henchmen that are after the watch. Also, Zak finds out that his father was kidnapped by Gates because he thinks that he has the watch. Dopler says that he can fix the watch and make a duplicate to fool them to thinking that they have the real watch. Also he gives Zak and Francesca a paint gun filled with frozen nitrogen to freeze the henchmen for a short time. Zak and Francesca prepare to head over to QT Corporation to save Zak’s dad since Dopler chooses not to join them.

While Zak and Francesca do well with getting passed the henchmen, they get caught by Gates and are thrown into the cell where Zak’s dad was held. While trying to find how to get out of the cell, Zak reveals that he gave Gates the wrong watch and uses it toÂ accelerate time so fast that he’s become light itself.

Zak penetrates out of the cell, Dopler freezes Gates with his gun, and the movie ends with Gates and the henchmen getting arrested and the watches are confiscated. Dopler returns to his teenage self, Zak is shown with the watch in his wrist, the police chase after him due to speeding, Zak freezes time, and the movie ends.

When the movie first came out, it was #7 behind the box office making over $10 million dollars its first weekend. Eventually, the movie was a moderate success making over $38 million dollars in a $26 million dollar budget. However, the movie was panned by critics and viewers. In fact, not a lot of kids even saw that movie since they were probably seeing eitherÂ Ice AgeÂ orÂ Blade IIÂ at the time. Overall, this movie is really slow paced, boring, has one dimensional characters, and a predictable storyline. The concept is actually quite interesting, however too many flaws ofÂ predictability and forgetfulness make this a movie I don’t recommend checking out. But don’t worry, I’m sure the next Nickelodeon movie will be much better…

Oh yeah! More about that next time.