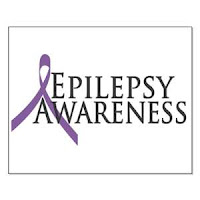 You know ever since I wrote my article for The Rainbow Reviewers Collab, I have done a lot of thinking about my differences and I knew that I wanted to talk about them on A Look at Disney but I didn’t know how. You see besides being a lover of all things Disney, I live with two disabilities. Nay, 2 different abilities, they just make up part of my life but they’ll only make me disabled if I let them. So, let’s call them abilities, let’s call them that for the time being. If you couldn’t guess by now, today’s subject is epilepsy. Now this rather hard for me to explain but in simplest terms, this means I have seizures. There are many different types of seizures and the number I could have could vary. Sometimes it could be 16 a day, sometimes more. Though as of right now, I have been 3 years seizure free thanks in part to my VNS. Think of this as a pacemaker for the brain as it sends shock waves to the brain to help keep the seizures inactive. That’s the best I can describe it and I’m not even sure that is fully correct but if you click on the link, it’ll give you better information on the VNS. 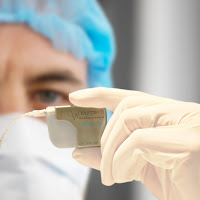 Now that I got that out of the way, I’m sure some of you are wondering, how am I going to tie this into Disney? The answer, Stitch. To be more precise, Lilo & Stitch 2: Stitch Has a Glitch.

Now I have always liked the character of Stitch and as I said in my review for the first film, I think Stitch is a scene stealer and while I normally have a dim view on the sequels. There was just something about this one that made me think about myself and how I feel like Stitch sometimes. Stitch’s glitches were caused by the fact that after Jumba created him, Stitch’s molecules did not get enough time to fully charge. So Stitch is starting to have some relapses back into his old ways.

The sad thing is though just as with seizures, Stitch never knows when they will come on. He doesn’t know what will happen when one of his glitches starts. The fact of the matter is that he is at the mercy of his glitches. That’s how I am with my seizures. I’d never know when they would come on. Sometimes, it would 3 in the afternoon, sometimes it might 1 in the morning. The seizures take over and when I take over, I’m not in control and I’m not fully there per Se. What do I mean by this, when I have a seizure, I don’t know what’s going on. I’m oblivious to everything that is going on around me. While my body and presence are physically there, I’m not there mentally during one of my seizures. Just as that is what I saw with Stitch’s glitches.

It does irk me a little bit, when people ask, “What’s it like when you have a seizure?” Now I know that they want to know but I don’t have the answer to that question. I’m the wrong guy to be asking that. Now just as we saw in the film as it progressed, Stitch’s glitches got progressively worse. Just as his glitches got worse, some of my seizures were worse than others. As I said above I could have up to 16 or more a day, when they were active. When I was still in high school during my Senior year, they were so bad, that I had to be put in a wheelchair for the rest of the year after they started. I even had to graduate in the wheelchair. At the time, I was upset about that because I wanted to be able to walk across the stage. I had even thought of bolting out of that chair and walking across the stage when they called my name. But alas, I did not do that because I didn’t want to scare anyone but I was just so upset about that. 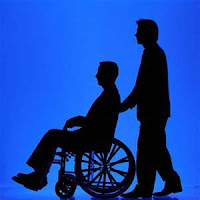 Now just as Stitch’s glitches caused him to do different things, there are many different types of seizures and I’d say I have dabbled in not all but most of the different types. There are too many to go over but this link, it will give you a pretty good idea on the different types, Types of Seizures. Now there is one type of seizure that I would like to talk about and it is the one that scares me the most. The drop seizure, the name states what it is. With this type of seizure, it causes the person to fall or drop to the ground. This type of seizure can cause some serious injuries. Such as a few years back when I was at Arlington National Cementary and all of the sudden, I had a drop seizure. I’m not going to go into the gruesome details but let’s just say that I needed a lot of… 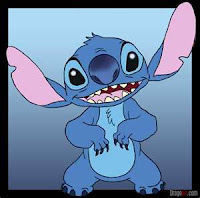 No, not that. Medical stitches. Now there is one major difference bwtween Stitch’s glitches and my seizures. At the end of the film, Jumba was able to cure Stitch of his glitches and they never happened again after that. As for me, I still have to live with my seizures or glitches, what have you? I mean yes, the meds I take and my VNS help to control them. But at this time, there hasn’t been a cure found for epilepsy. I have often asked myself, “Could I live without them?” I mean I would love to get rid of them but would that change me. I’m not saying that I should let this define who I am but they have just been a part of me for so long. I’d love to be seizure-free for the rest of my life but it would feel a little odd if I was ever cured of them. I know this probably doesn’t make much sense but that’s just the way my mind works.

I hope you guys have enjoyed this rather personal article and if you want more information, head here.