Why I Didn’t Beat Resident Evil 6

Welcome to the first entry in my new blog series, “Why I Didn’t Beat”, where I take a look at games that I never finished for one reason or another. Â Today’s subject is Resident Evil 6, if the title of the blog didn’t already make that obvious. 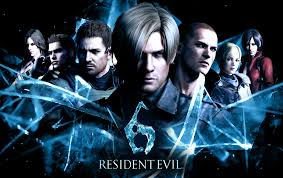 Now Resident Evil 6 was seen as a disappointment by critics and gamers alike as the reactions to the game were mixed among both groups. Â The sales of the game were also considered a disappointment despite the fact that it had sold 4.9 million copies as of April 2013. Â Many cried foul of the fact that the game wasn’t survival horror anymore. Â Instead, they accused it of being a third person shooter that just happened to have the Resident Evil name slapped on to it. 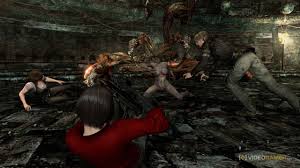 To be fair, that’s not exactly a wrong assessment. Â RE6 basically drops any pretense of being a survival horror. Â Mind you, Resident Evil was never actually scary. Â There were jump scares but nothing that really sticks with you in terms of scares. 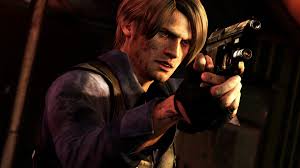 The story was not worth mentioning from what I played of it. Â Story had never been a strong suit for those games and nothing changes. Â It’s the standard zombie apocalypse with the world getting ravaged by those overexposed flesh eating monsters. Â The characters aren’t interesting enough to make up for it either.

It also doesn’t help that the gameplay isn’t very good. Â It’s very standard third person shooter in terms of execution. Â However, the really bad parts is the co-op, which is very pointless. Â This is because when playing by yourself, the partner character is played by A.I. Â To add insult to injury, the partner character can’t die when they’re being played by the A.I., which makes it pointless to even bother with with the co-op mode. 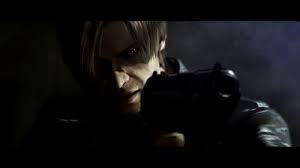 Not that the game is any more fun to play by yourself. Â The level design is drab and look way too dark. Â While this was intended to add atmosphere to the game, it just makes the game all the more tedious. Â There is also the use of Quick Time Events(or QTEs for short). Â They were not done well at all as they come by too fast with only a few seconds to react. Â This forces the player to restart from just before the QTE, which can make the game come off as repetitive.

I wish this blog post could have been longer but there just isn’t that much to say about the game that hasn’t been said by several other gamers and reviewers. Â It’s dull, boring, stale, and whatever other words for “not fun” that are out there. Â Unless you’re a die hard Resident Evil fan, I recommended giving RE6 a pass. Â Even to RE fans, I suggest renting it first before you commit to a purchase. Â Well, that’s all I have to say about this abomination of a game.