With gas prices rising and people becoming more environmentally conscious, some companies are looking into using alternative sources to power their cars. One alternative to gasoline is the electric car. Tesla came out with the Tesla Roadster, an electric sports car based on the Lotus Elise that can go from 0 to 60 mph in 3.7 seconds. Nissan is going electric with the Leaf, marketing it as a zero emission car. IF the electricity charging the batteries of the Leaf come from coal, then the Leaf is not zero emission. The Leaf has gotten awards, including the 2011 World Car of the Year. I could name several other cars that deserve to be World Car of the Year, i.e. Bugatti Veyron, McLaren MP4-12C, and Aston-Martin DBS, but this is about the Nissan Leaf and what I think about the car.

I first saw the Leaf at the 2011 Houston Auto Show and I have seen only a couple Leafs on the Houston roads. This is one ugly car. I just looks weird. If this is the face of electric cars, electric cars are going to have a negative image. Prius is the face of hybrids and car people see all hybrids as dull, slow, and lame. Electric cars also include the Tesla Roadster, which has better styling than the Leaf. The Leaf should not be the face of Â because it is just big and ugly. It is a five-door hatchback that is not hot.

The Nissan leaf has been featured on Fifth Gear and the Car Show. Top Gear featured the Leaf during Series 17, Episode 6. Motorweek has reviewed the car.

Final Thoughts: This is a lame car. The Leaf is big, ugly, expensive, and slow. Electric cars get instantaneous torque and should have quick acceleration. The Leaf has worst acceleration than the Toyota Prius and the Chevrolet Volt. The Tango and Telsa Roadster are both electric cars and are very quick of the line.Â So why is the Leaf so slow of the line?Â Also the Leaf has poor range. Under perfect driving conditions, you would be lucky to get 100 miles on one charge. It takes a long time to fully charge the Leaf from a 240-volt 30-amp power source. I say pass on the Leaf and wait for the Tesla Model S to come out in 2012.Â If you are going to get a Leaf, make sure you have a place to charge the car. It does not deserve to be called “World Car of the Year” or and best of awards. It is not a green car because the production cost negates any benefits. Also most of the electricity comes from coal, so this is not a zero emission car. If the Leaf is charged by electricity from wind, solar, or any other alternative power source, then it can be called a zero emission car.Â The Nissan Leaf Â just plain sucks! 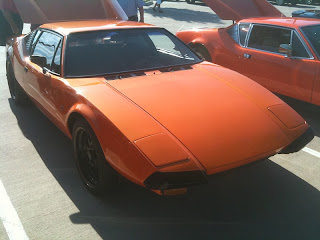 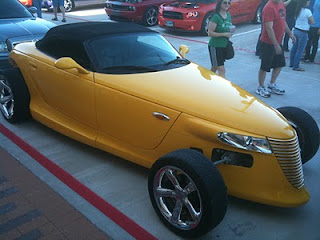