I recently saw the Aventador at the October 2011 edition of Houston Cars and Coffee. Lamborghini of Houston was very kind and exhibited the car. I have much respect for a dealership who decide to go to informal car gathering and meet potential customers and car enthusiasts. There was aÂ consistentÂ huge crowd around the Aventador. The Hennessey Venom GT was the other car that had a consistent huge crowd. This is a highly-stylized, big, aggressive, easy on the eyes supercar. Lamborghini never fails when it comes to making big, powerful supercars.

The Aventador is powered by a 6.5L V12, paired with a seven-speed semi-automatic transmission, that produces 690 hp (700PS) and 510 lb-ft of torque. It goes from 0 to 60 mph in about 2.9 seconds and reaches a top speed of 217 mph. Prices for the Aventador start at $379,700. That is a lot of money for a supercar. But most supercars do not have the size or the performance of the Aventador.

The Aventador has made a visit to Jay Leno’s Garage. It has been reviewed by Top Gear’s Richard Hamond during Series 17, Episode 7. It went around the test track in 1:16.5, beating the Bugatti Veyron Supersport. Only the Ariel Atom V8 500 and McLaren MP4-12C went around the track faster than the Aventador. The Aventador is playable in Forza Motorsport 4, Need For Speed: The Run, and Car Town.

Final Thoughts: I love the styling of the Aventador. Since the Miura’s arrival in 1966, Lamborghini has yet to make a poor rear-mid engine, V12 powered supercar. The Countach, Diablo, and Murcielago are all great V12 supercars with incredible styling. All three of those cars are works of art. Now you can add the Aventador to that list. The car is expensive with a price starting at $379,700, but it is beautiful and fast. For that money you can get a Lexus LFA, which is slower and not as stylish as the Aventador. The Ferrari Enzo has the same top speed of the Aventador, but getting the Enzo at a car auction will cost at least $1 million. If you are looking for a highly stylish, high performing supercar for around $400,000, you have to be a fool to pass on the Lamborghini Aventador LP700-4.

Photo taken from a digital camera. 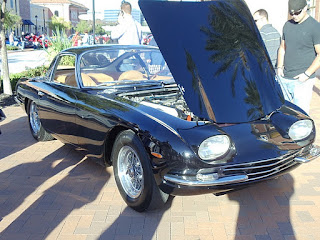 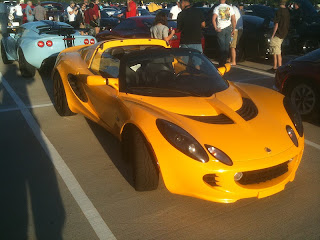