The year 2005 brought us so many films that demonstrate the creative, innovative, inventive, original, out-of-the-box, and unique way of thinking that only America can bring. The 12 Dogs of Christmas, 2001 Maniacs, The 40-Year-Old Virgin, The Adventures of Sharkboy and Lavagirl 3-D, Alien Abduction, All Babes Want to Kill Me, Angels with Angles, The Aristocrats, Bad Girls from Valley High, Beach Demons, Bewitched, Boogeyman, Brick, Chaos, Chaos, Chasing Erections, Chasing Ghosts, Chicken Little, Choker, Come Fly With Me Nude, Constantine, Corpse Bride, Crazy for Love, Cursed, The Devilâ€™s Rejects, Die You Zombie Bastards, Doll Graveyard, Elektra, The Exorcism of Emily Rose, Fantastic Four, Feast, Frankenstein vs. the Creature from Blood Cove, Frankenstein & the Werewolf Reborn, The Gingerbread Man, Glass Trap, Haunted Boat, Herbie: Fully Loaded, Hoodwinked, I Am a Sex Addict, The Island, Kids in America, The L.A. Riot Spectacular, Left Behind: World at War, Mr. and Mrs. Smith, My Big Fat Independent Movie, The Pacifier, Paintball the Movie: Court Jesters, Pervert!, Pleasures of the Damned, Popstar, Reefer Madness: The Movie Musical, The Ringer, Romance & Cigarettes, Rumor Has Itâ€¦, Santaâ€™s Slay, Sarah Silverman: Jesus Is Magic, Shadowboxer, Sin City, Sky High, Son of the Mask, Star Wars Episode III: Revenge of the Sith, Stealth, Strangers with Candy, Striptease Baby Dolls from Cleveland Meet the Unkillables, Supercross, Thumbsucker, What Is It?, Wild Things: Diamonds in the Rough, Xtacy, Zathura: A Space Adventure, and ZerophiliaÂ represent just a fraction of what America had to offer. Yes, so much originality was seeping out of the mind of the American moviemaker that we could not settle for just one movie called Chaos;we needed at least two.

What did Japan have to offer? 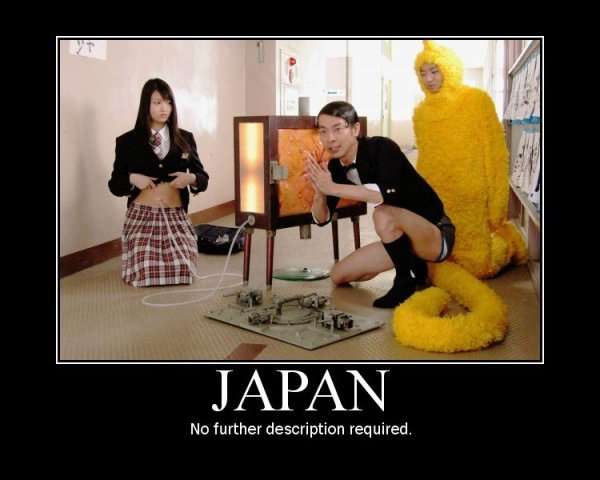 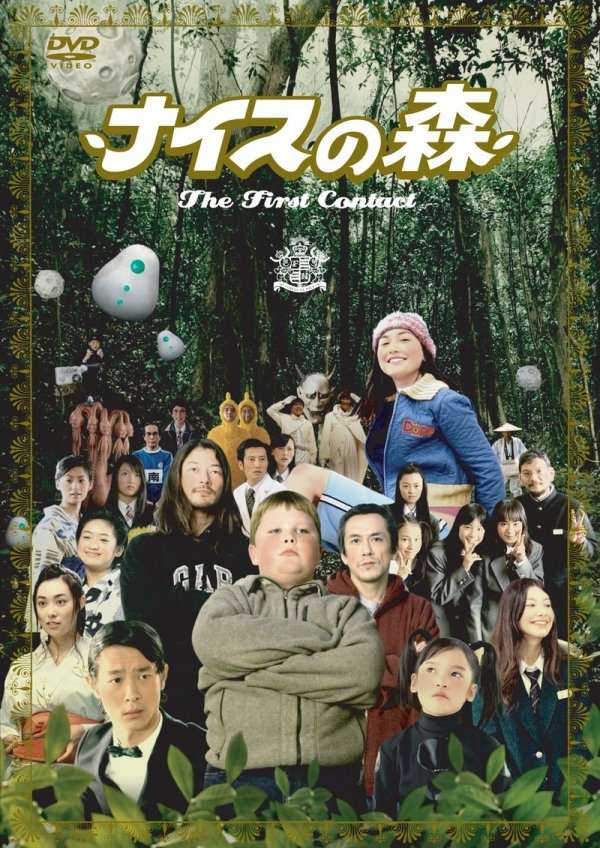 Yes, Funky Forest: The First Contact. The movie that everyone has seen a least one scene of and decided that that represented absolutely everything about Japan. Now, before I try to describe this movie beyond that, I should point out that the movie has about three scenes with the actress who plays Mako in Pacific Rimâ€¦and she may very well have more lines in this movie than in that one. Okayâ€¦.soâ€¦

The movie starts out with a pseudo-Manzai routine by the Mole Brothers, which pops up throughout the movie. Manzai isâ€¦sort of like an Abbott and Costello routine with a straight man a funny man trading jokes, puns, and insults at lightning-quick speed. In this, case, though, the two men are both the funny manâ€¦and I am not sure that I would categorize either of them as funny, though they are quite manic. Well, it turns out that this is a television show watched by a guy in some sort of flying object flying through white space, only to pass by a flying girl. Now we see the flying girl battle with some monster only to find out that this was all her daydream before she reluctantly gets back to doing homework.

Now we are introduced to the Unpopular with Women Brothers. The older brother, Tanaka, is a high school teacher who practices Kabuki dance to impress the ladies. The middle brother, Guitar Brother, plays the guitarâ€¦he is okay, I guess. The younger brother is a chubby White kid who eats candy bars and says the same Japanese phrases over and over again with a pretty noticeable accent the way that people do when they know only a few phrases in a certain language. In their story theyâ€¦oh, well, okay nevermind.

Then we meet Notti & Takefumi. Takefumi is a high school teacher (it turns out to be the same place where Tanaka teaches) and amateur DJ while Notti is a former student of his. They seem pretty close, but Notti balks at Takefumiâ€™s insistence that he be her girlfriend. Theyâ€¦uhâ€¦he plays with his turntables for a while.

Then we meet the Babbling Hot Spring Vixens. These three women work for some sort of sales company and one of them is showing the others the ropes of telling a story. It is basically a showcase for Rakugo-style storytelling, where a person tells a complicated comical story like a sitcom. I would explain further, but you could probably get better information from Wikipedia than from me. Anyways, they babble on and on about nothing while acting like it is serious businessâ€¦maybe because it is. One of them meets Tanaka and then they babble some more and then engage in an epic pillow fight.

Thenâ€¦uhâ€¦maybe I should take a different approach to describe this movie.

Soâ€¦what isÂ Funky ForestÂ about? Wellâ€¦it is about a lot of things. There are so many interpretations out there and many can be correct or they are all wrong. Or they can be simultaneously all correct and all wrong. And, yes, one could simply dismiss it as being weirdness for the sake of weirdness, but I will attempt to go a little further than that. I will try to touch on a few themes, though there is no way to get through all of them.

Yes, the weirdness. This movie is weird. Seriously, did you see that photograph up there? What sets it apart from most weird movies is that how it treats the weirdness. It is not artsy fartsy weird like that European movie that you have managed to convince yourself that you really like, but neither is it in your face with the weirdness. Like its spiritual predecessor, The Taste of Tea, Funky Forest treats the banal and the bizarre pretty much the same way, placing a monster movie and an extended dream sequence into what is basically a slice-of-life film. Whether a scene is lively or calm has nothing to do with the level of craziness actually happening on screen. A high school homeroom features a full grown adult and at least two much younger kids. Musical instruments that look like biological abominations are simply treated as musical instruments. There is a dog director. There is a guy who shoots outâ€¦stuff. All of this is treated as normal or slightly unusual at most. Why?

Well, one possibility is that this is an alienâ€™s depiction of human life. There is a thread of a story involving Takefumi and alien abduction, and he is the one seen in that flying machine in the beginning. It is not certain, though, if this really happened to him. It is possible, though, that we are seeing the story through the eyes of aliens. After all, what do they know about sports or musical instruments or storytelling? And why does every scene require some silly televisions show-like title? Some things are more familiar than others, but some things require descriptions that may be beyond them, so they make due with things that are unfamiliar to us.

There is also a possibility that these are all dreams of various people. Indeed, some of the longer sequences are simply visualizations of peopleâ€™s dreams, including a twenty-minute sequence where Takefumi dreams of someone who looks and sounds like Notti pressures him into dancing to songs with various dancing partners. Yes, twenty minutes of that. There are times when it is difficult to tell when we are seeing the retelling of a dream or not, but maybe it ultimately does not matter. Maybe it is all a dream. That would explain the rather fluid nature of the movieâ€™s trajectory and the not-so-subtle sexual symbolism behind some of the creatures. After all, when I dream, I donâ€™t think â€œoh trippy, I can flyâ€ or â€œwhat is THATâ€, but almost everything seems normal or ever so slightly abnormal. And, just like many dreams, there are parts where nothing seems to happen. People hyping up this movie tend to skip over those parts as if the movie treats them as less important. In know that my dreaming mind rarely differentiates between the crazy and the boring. And even when I realize within a dream that I have been dreaming, I donâ€™t tend to think much about it. It is only after I wake up that I realize how strange things were, how there was real logic or narrative or pacing behind my dream. And sometimes dreams are neither scary nor exciting at the time of dreaming. Sometimes, they are banal or disappointing, and the more extreme emotions come in the remembering. Indeed, many of the characters in the movie have to deal with disappointment of some kind, either from something banal, silly, or weird.

This movie is also a showcase for different types of entertainment and storytelling. There are various types of music and musical performances, though no actual funk music. There are many dance sequences ofâ€¦varying quality. There is, of course, the storytelling sequence. There is also an anime short of sorts. There is even a scene where a girl speaks â€œbackwardsâ€ for no apparent reason. And then there is the Manzai act of the Mole Brothers. A few of these are rooted inÂ Japanese tradition and the references can go over the heads of those unfamiliar with them. Perhaps all of theseÂ methods of performanceÂ are used in the movie as substitutes for actual communication. Sometimes people can come together through art and performance or be driven apart by such things. It is all about inspiration and creativity; and then comes how others see it. If others see it as just disjointed and weird, then so be it.

Or maybe every single Japanese person isÂ totallyÂ crazy. Whatever.

Supposedly, there is a sequel or follow-up to this movie called The Warped Forest. I say â€œsupposedlyâ€ because, after two years of searching for it, all I can find is the original trailer, promotional photos, some websites that provide broken links, more legitimate websites that have a page dedicated to saying that they donâ€™t have it, one freaking review on Rotten Tomatoes, and a bunch of people who claim to have seen it at various film festivals. Well, until I am convinced otherwise, I am calling all of those people liars. This movie does not exist. There is no information on Wikipedia, nothing on Amazon, nothing from yesasia.com, and googling the title with words like â€œDVDâ€ or â€œbuyâ€ or â€œpurchaseâ€ has led me on a wild goose chase each time. So far, the only evidence that I have that this movie might exist is that I have not seen anyone say that they were unable to find it at any of the film festivals. Well, screw that. The Warped Forest does not exist. Of course, if you have physical evidence of its existence beyond the trailer, then give it to me. 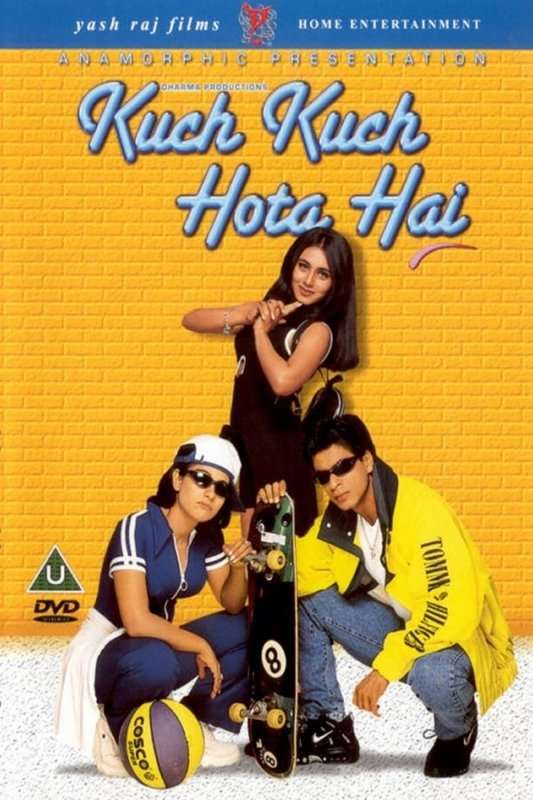 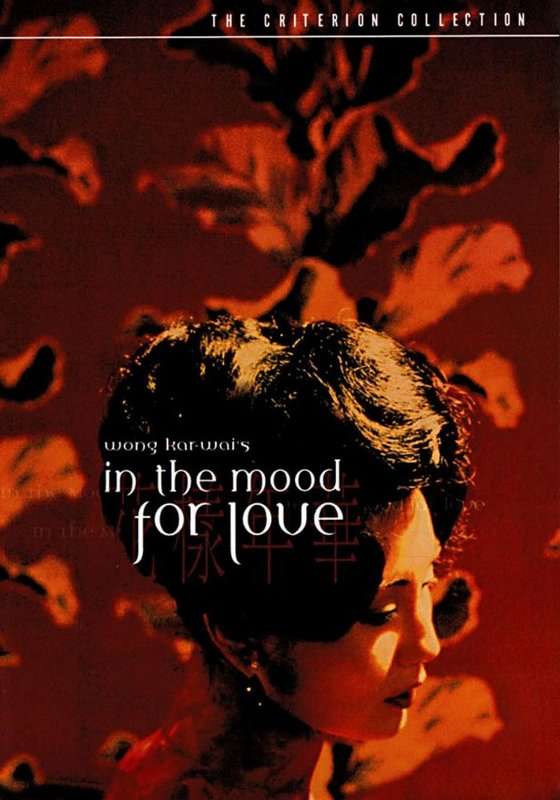