Porsche has several trim levels for the current version of the 911, called the 997. One of the trim levels is the Porsche 997 GT3 RS, the race car version of the 997 GT3 that can be driven on everyday roads. The GT3 RS is lighter, more powerful and quicker, but has a lower top speed than the GT3.

The 997 GT3 RS can be seen at track days and on the roads. I have seen quite a few on the streets of Houston and at Houston Car and Coffee events. While there are several different types of 911s at Houston Car and Coffee events, the 997 GT3 RS will stand out in any crowd. Whether it has grey, white, blue, orange, or green paint job, you know it is a GT3 RS because it will have a decal on the side or the rear panels saying GT3 RS. It has the body of a 997 with a big spoiler on the back.

Final Thought: It is lighter and more powerful than the 997 GT3, yet the 997 GT3 RS is slightly quicker, has a lower top speed, and cost more than the 997 GT3. Besides, there are faster, quicker, more stylish, and less expensive cars than the GT3 RS on the road. The color and accents of the 997 GT3 RS make it stand out and cops will easily spot a GT3 RS speeding. My recommendation is to go with the 997 GT3 over the GT3 RS. You will save money. 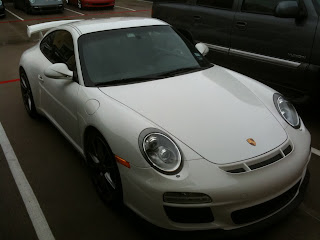 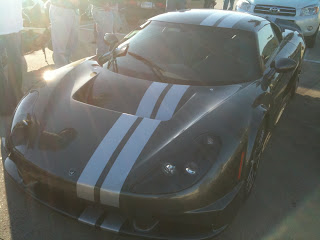