(Disclaimers: One car per brand. Earth cars only. No service or military vehicles.)

Porsche and VolkswagenÂ collaboratedÂ on making a entry-level, front-engine sports car for Volkswagen, called the 425, using a VW I4 engine. However, Volkswagen pulled out of the project. Porsche released the car and called it the Porsche 924. Porsche kept the VWI4 engine instead of using a Porsche engine. The I4 used in the 924 produced 125 hp and the 924 was one of the slowest Porsches ever made. Car and Driver criticized the brake system of the 924, stating that the 924 brakes where a step back from the the Porsche 914 brakes. The styling of the 924 keeps it from being Â lower on the list.

I have a few issues with the Hummer H2. One, it is an expensive Chevrolet Suburban. Two, a majority of Hummer H2 owners bought this car because they wereÂ compensatingÂ for something. The Hummer H1 was based on a military car and was a cool car. The H2 is just a monster on the road.

A very popular car for off-road activities. The CJ-7 had an array of issues. ItsÂ carburetor was erratic and could cause the car to stall when slowing down or stopping. The engine would catch fire. The car had electrical problems. With the Jeep Wrangler CJ-7, just expect every problem.Â The off-road capability keeps it from going lower on the list.

If there is one type of car I hate, it is the slow, underpowered subcompact/city car. The turbo version of the Honda City has good acceleration for 1980s standards, but it still has a low top speed. Also, I also hate the styling of this car.

The Volkswagen Beetle had a list of problems. The electrical system had flawed wiring, front seat belts were poorly anchored, suspension had to be fixed, some Beetles had the front bumper omitted, the master cylinder was poorly installed. The Beetle was also underpowered and slow. The Beetle had better styling than the number 2 entry, landing the Beetle at the number 3 slot.

The Nissan Vanette is a slow, underpower van. I am not a big fan of vans. The Vanette was just ugly. Those reasons make the Vanette the thrid worst car used by the Transformers franchise.

The Pontiac Fiero is the only car from GM to have the engine located in the rear-middle of the car. During its lifetime, it had a few problems. The engine was known to catch fire and the cooling system had its own issues. The Fiero was also slow and underpowered, but it was a quick car. The engine and cooling system issues put the Fiero at number 2 on this list.

I was going to use the Chevrolet Volt here, but it did not get the screen time that the Beat and Trax got. Both Mudflap and Skids were just plain annoying. I could not stand those two and just made the second Transformers even worse. The Beat and Trax were not sold in the American market, but these two Chevrolets remind me of a horrendous car, the Chevrolet Aveo. The Aveo is one of the worst cars on the American roads. Chevrolet did a poll with the Beat, Trax, and Grooves, and the Beat won. Chevrolet put the Beat into production. The Beat is slow, sluggish, and underpowered. Chevrolet has never had a decent subcompact car. Besides, the Trax is not being made and the Beat will be sold in America as the Spark starting in 2012. Why Michael Bay had to feature these two cars, I have no idea. 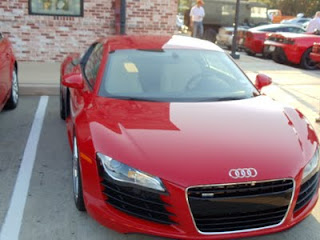 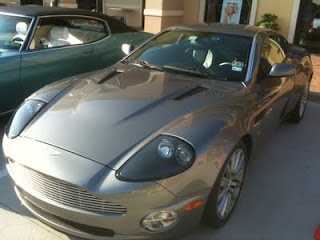