So, it is crime comedy drama that is kind of like Bound, but less gay and more Guy Ritchie. And with more fistfights than gunfights. Okay, so it isnâ€™t like Bound or Guy Ritchie films at all, but I needed to start this with something. This is No Blood, No Tears. 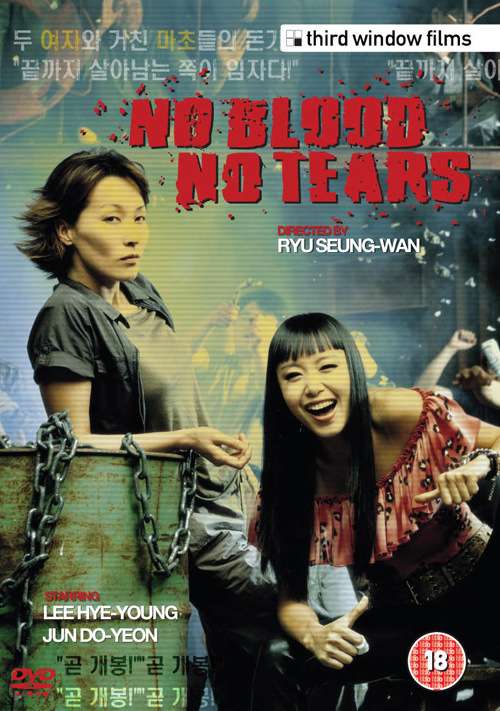 After a somewhat unexplained pair of scenes that donâ€™t make sense until much later, we get to the first main character. Gyung-sun is a taxi driver who is nearing 40 and her glory days are long behind her. Her husband past as a safecracker has resulted in her daughter being taken away and her husband ran off, leaving her to pay off his gambling debts. These days she has to deal with horrible customers and sometimes has gotten arrested for getting into fights with them. She also gets harassed by a pair of underworld debt collectors who are even older than she is. At this point, she has settled into a somewhat familiar relationship with both the arresting officer and the debt collectors, who all seem to be too tired and bored to still be doing this.

Next we meet our two other main characters, Soo-jin and Dok-bul, or Dogbull. Soo-jin is probably what Gyung-sun was like fifteen or so years ago. She is a gangsterâ€™s girlfriend who dreams of becoming a singer. There are only two problems. The first is that she is a terrible singer, at least from the one song that we hear her sing. The second problem is that she has Dogbull for a boyfriend. Dogbull manages a dogfighting club, which I guess is fitting, given his name (I should point out that, despite what you may have heard about Koreans, the filmmakers insist that no dogs were harmed in the making of this film). He acts violently and abusively towards pretty much everyone who is not his boss, and Soo-jin tends to get the most of his abuse. In the manâ€™s world of the criminal underworld, Soo-jin is surrounded by shady guys who like to feel up on her. Dogbull gets jealous and violent towards her. It is heavily implied that he is the reason that she has a scar under her left eye and (despite that poster implying otherwise) she wears sunglasses in order to hide it from everyone except for him.

After Dogbull gets into a pretty brutal fight with three guys who tried to intervene while he was beating on Soo-jin, she tries driving away from him and promptly crashes into Gyung-sunâ€™s cab. Gyung-sun smacks Soo-jin and then gets into a shouting match with Dogbull, who has easily caught up with Soo-jin. Soo-jin manages to keep the two from getting into a fight. Dogbull and Soo-jin leave in another cab without paying or exchanging insurance. And Gyung-sun is left with a broken cab and Soo-jinâ€™s phone, which she had apparently dropped.

Eventually, Soo-jin manages to track down Gyung-sun and get her phone back and maybe give her a bit of apology money. At this point, one might think that they will start up a friendship, but the movie does not work that way. Gyung-sun sees this youngster as annoying at best and untrustworthy at worst. She tolerates Soo-jinâ€™s attempting to act like a tough chick around her, but tries to abandon her at the first opportunity. At the same time, Soo-jin does see something in Gyung-sun. Even though she knows that Gyung-sunâ€™s life is even worse off than hers, Soo-jin sees a woman who can stand up to the bad guys. Instead of accepting a beatdown as inevitable, she welcomes a fight without fear of getting hurt. In Gyung-sun, Soo-jin sees, not necessarily a role model, but the possibility of escape from her present life.

The actual story itself does not begin until nearly halfway through the movie. The first forty-eight minutes or so is spent setting up the characters and their relationship to each other. Aside from the two middle-aged debt collectors, there is their boss and his boss. There is Dogbullâ€™s lackey who acts particularly creepy around Soo-jin. There is Dogbullâ€™s elderly boss nicknamed KGB and KGBâ€™s bodyguard, who speaks with his fists. There is cop who knows Gyung-sun; he and his younger partner are going after KGB. There is the â€œreformedâ€ thug who works at the karaoke bar where Dogbull does business and has decided to string along his two dopey friends in some kind of scheme.

The plot itself is pretty convoluted and I had trouble working it out the first time around. Things are not really helped by the warped chronology that does not work itself out until over halfway through the movie. The first pair of scenes reference events that take place over halfway through the movie and do not really make sense before then. I suppose, though, that the story itself is secondary to the characters and the world that they inhabit. Almost all of the older characters seem resigned to being trapped in the underworld. Even the fearsome KGB has trouble with young upstarts, in a somewhat amusing subplot about his failed attempt to purchase a hotel (that he had hoped to make use of in his twilight years) from a group of arrogant thugs. Meanwhile, the younger gangsters throw their weight around however they can, whether they have much room to throw their weight around or much weight to throw around. For those who do not die early, they are doomed to become as pathetic as those old gangsters who cannot leave the life behind.

I cannot really get into the plot much because, as I said before, it is quite convoluted and does not really take off until almost halfway through, which would make talking about it kind of spoilery. I will say that that there is a lot of threats, demands for money, alliances of convenience, schemes, betrayals, coincidences, and fighting. A lot of fighting. Some of it is stylized and choreographed like a martial arts movie, but some of it is just clumsy brawling that is alternatively amusing and unsettling. Some of it is slight slapstick. Some of it is all three.

This film is a little bit of everywhere in tone where the crime drama is concerned. It can be light in its comedy or dark, it can be grim or goofy, it can be overly complicated or idiotically simple. While it is hardly a brilliant masterpiece or a crowd-pleasing blockbuster, I found this movie to be highly enjoyable. So, of course I recommend it. 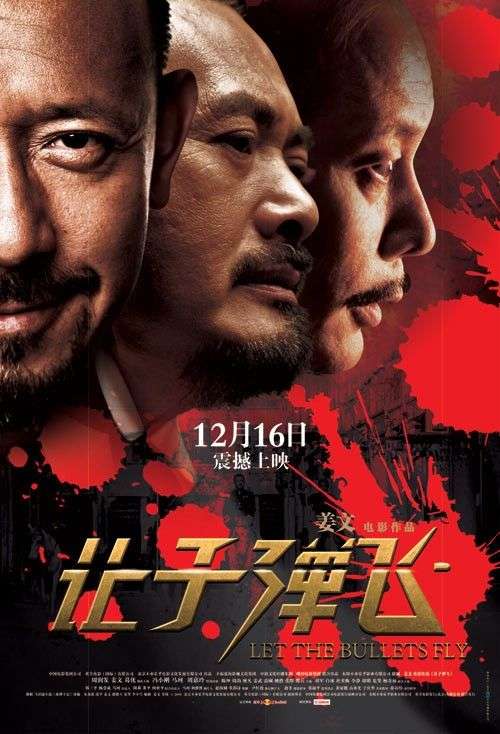 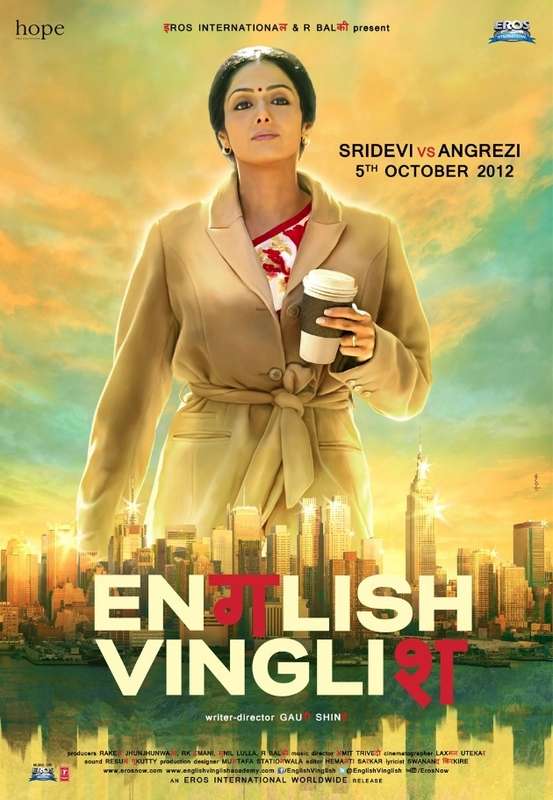