Hey guys, it’s time for another countdown before I focus on holiday themed episodes and specials on Nickelodeon. Looking back throughout this tribute, I have seen many people who work hard on creating, producing, acting, voicing, and portraying in all these shows. I have the highest respect for a lot of them and that’s why I decided to dedicate this week to talk about my male role models in Nickelodeon, my female role models in Nickelodeon, and my least favorite.

For many kids who grew up in the 2000’s, he was Pick Boy inÂ U Pick LiveÂ and the biggest highlight in that program. Brett and Candice, the hosts ofÂ U Pick Live, were beyond forgettable! Everyone remembered Pick Boy! But I’m not going to talk about him as Pick Boy, I’m going to talk about him as a game show host. He currently hosts two Nickelodeon game shows:Â BrainsurgeÂ and the reboot ofÂ Figure it Out!Â

In my opinion, he is truly one of the best game show hosts that Nickelodeon has ever had in a very long time. During the 2000’s, the only game shows that came out were reboots of old ones such asÂ Double Dare 2000Â andÂ Wild & Crazy Kids.Â Then afterwardsÂ Scaredy CampÂ andÂ Robot WarsÂ came out to capture the popularity of shows and fads such as reality shows that scared the shit out of you likeÂ Scare TacticsÂ and failed miserably. Afterwards, no Nickelodeon game shows for 6 years. ThenÂ BrainsurgeÂ comes along and brought game shows for kids back! For some reason or another, no one talks aboutBrainsurgeÂ as fondly as sayÂ Double DareÂ orÂ Legends of the Hidden Temple.Â Let me be the first to say it:Â BrainsurgeÂ is the best Nickelodeon game show that came out in the last decade, hands down. In fact, it’s really underrated. Why? Well, besides doing something completely new and original besides being a reboot of a game show that we grew up with, Jeff is a huge part of it. Unlike most of the Nickelodeon game show hosts before him, Jeff actually has had experiences being around with kids and interacting with them as Pick Boy. The only person who can also say that advantage of being around with kids before becoming a game show host is…well, Marc Summers. Now I’m not saying that he is the next Marc Summers, but he sure is very close. He’s funny, interactive, and not dull, boring, or incredibly goofy or forgettable like the majority of the game show hosts that Nickelodeon had in years. Truly someone I can appreciate.

Call him what you want: annoying, gross, a smart ass. But that’s who he is and he’s not going to change it for anyone. Carl is extremely smart, articulate, and sneaky for a boy his age dispite having a secret clubhouse in his former dog’s house, having a petrified eyeball, trying to start a lice circus, befriending and falling in love with a very old woman, and scamming the rich kid Blake Gripling. However, he isn’t your stereotypical troubled kid. He has some trust issues: he only gives his deepest, darkest secrets to very few people like his best friend Hoodsey, the old woman Maude, and his on-and-off again girlfriend Noelle Sussman. When it comes to his estranged relationship with his father, there’s times in which you feel sorry for him. He’s had a tough life without a father and he doesn’t want to be around him anymore because he felt abandoned after he left the family.Â

He knows who he is and is proud to show it to everyone!

Talk about a very talented puppeteer. InÂ Eureeka’s Castle,Â he was Magellan the lovable dragon. Magellan was one of my favorite characters in that show and one of the highlights when I would watch it. He was sort of like Big Bird in the way he was curious, happy, optimistic, curious, and lovable. He took those same elements and performed them well when he did Bear inÂ Bear in the Big Blue House.Â Also, he was one of the many people that Kevin and I interviewed for our tribute. You can’t beat that!

The man responsible for creating one of the most unique, original, and kooky variety shows ever on Nickelodeon has to be on this list. Marc Weiner’s talents of puppeteering date back to the 70’s and 80’sÂ before he would host the showÂ Weinerville.Â In that show, Marc and his half-human half-puppets Dottie, Socko, Boney, and more would entertain many children with their jokes, skits, cartoons, and taking two kids from the audience to have them Weinerized. Also, he’s the voice of Swiper and Map onÂ Dora the ExplorerÂ for some of you younger kids. Marc is another man we interviewed for our tribute and we couldn’t have been more excited. Kevin and I grew up onÂ WeinervilleÂ so having him take the time to interview us was amazing!

Yes, yes. I know that I pretty much ragged on him on my top 10 Nickelodeon shows that need to be remade, but hear me out. While most of the shows didn’t live up to their full expectations, at least he tried to do something different and down-to-earth. His perspective views were really fantastic concepts and his relatable characters and realistic situations that his characters were going through were great.

WhileÂ The Secret World of Alex MackÂ is a bit underwhelming, outdated, and didn’t utilize of what it could’ve been, it was a fantastic idea to make a teen series out of as oppose to creating aÂ Saved by the BellÂ ripoff. I’m looking at you,Â Welcome Freshmen. The Journey of Allen StrangeÂ would’ve have been stronger if they omitted the goofy humor and the alien concept and focused more on the The Stevensons struggling to stay as a family after the mother leaves. But I forgive Lynch for all that crap because of one show:Â Caitlin’s Way.What a truly great show that show’s Lynch’s true colors and is fully realized of what he was trying to present. It’s such a shame that not a lot of people remember it. It’s really an underrated gem!

However, he’s not higher on the list because the last show he created on Nickelodeon wasÂ Romeo!Â Ugh! We’ll talk about that another time.

Most people only know him as the “sound effects” guy onÂ A Prarie Home Companion,Â but 30 years ago, he was the host of Nickelodeon’s talk showÂ Livewire. LivewireÂ was one of the most popular shows that aired on Nickelodeon during the early 80’s and Fred Newman was responsible for that. He brought a show that was originally hosted by Michael Cordray, a very boring host, and bursted life into it. Fun celebrity guests, games, relatable topics, and his iconic funny noises madeÂ LivewireÂ last for 5 years. In the 90’s, he provided the voices of Skeeter Valentine and Mr. Dink inÂ Doug.Â So you know how amazingly talented he still is to this day!

He’s been the most consistent as of now when it comes to creating good Nicktoons.Â The Fairly Oddparents, Danny Phantom,Â andÂ T.U.F.F. PuppyÂ have had high ratings, funny humor, memorable characters, and very unique concepts. He’s very passionate about his animated shows and it shows. His shows are witty, quick, smartly written, and hilarious. I really appreciate the hard work he does to craft every single shows he’s done.

Whether you love or hateÂ Invader Zim,Â you cannot deny on how ahead of the time he was when that Nicktoon aired in 2001. A show that dark and creepy would’ve easily been shown on Adult Swim and MTV, but it showed on Nickelodeon. CalledÂ The Ren & Stimpy ShowÂ of the 2000’s,Â Invader ZimÂ changed everything! It showcased that a show filled with strange animation and adult themed humor can be presented in the media. At the time, it wasn’t revered by the Nickelodeon executives and was eventually cancelled.Â Invader Zimis a huge cult classic and one of the many shows I’ve seen on top 10 lists on wanting to be brought back on TV with new episodes with the same characters. Unfortunately, Vasquez has the reputation of starting really good graphic novels and never finishing them. So seeing a reboot ofÂ Invader ZimÂ will most likely not happen. However, unlike John Callahan when he createdÂ Pelswick,Â when you seeÂ Invader Zim,Â that is Jhonen’s style. And I love it!

Around the first season, he was a real asshole! His whole purpose was to capture the Avatar and restore his proper place on the throne as the future Fire Lord of the Fire Nation. But then around seasons two and three, he became a much more developed and interesting character. He was overshadowed by his perfect prodigy of a sister Azula, his lovable mother became banished in order for him to stay alive, half of his face was burned off by his own father, and all he wants is Fire Lord Ozai’s love and approval. That is very sad and we feel compassion for this character. He’s one of my favorite characters of the show and I’m hoping that Mako will develop into a more better character inÂ Legend of Korra.Â

One of the most innovated kids’ host of all time, Don “Mr. Wizard” Herbert had created two timeless science programs:Â Watch Mr. WizardÂ andÂ Mr. Wizard’s World.Â The latter was one of the most popular programs that aired on Nickelodeon during the early 80’s and has stood the test of time as an iconic, groundbreaking kids’ show that influenced many other shows such asÂ Beakman’s WorldÂ andÂ Bill Nye: The Science Guy.Â He was such a great man who raised two generations of kids with a love for science: something that you wouldn’t see in today’s time. He passed away a few years ago, but he’s truly a man that will never be forgotten.Â 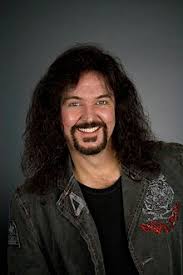