Hey guys. Another week, another top 20 list. We’ve covered my favorite male and female role models. Now it’s time for the worst. Who are the people we see on Nickelodeon that make us embarrassed to see? Let’s take a look, shall we? 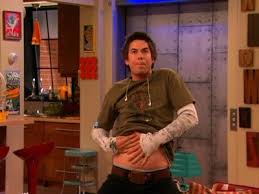 Here’s the deal: inÂ iCarly,Â Carly has no mother and her father is away at the U.S. Air Force. So who’s her legal guardian? Her 26-year-old artistic brother Spencer. Besides the teacher, the secretary, bell hop, and school principal, he’s the main adult character of the show and he’s a complete immature moron. In fact, Carly, who is much younger than Spencer, is a lot more smarter, mature, and more successful than he is due to her web series. He’s really low on this list because at least he loves and cares for his sister and is very supportive of her web series. But still, why is he acting like a 5-year-old when he’s supposed to be the adult ofÂ iCarly?Â Seriously Spencer, grow up!

He’s the most useless superhero in a group of the worst superheroes of all time. He has the power to melt, which is really bad in itself. Most of the time, he’s teased, tormented, and done errands for the group like getting donuts and coffee. If you thought that Aquaman was a wuss, Meltman is even worse. He’s a coward, he’s not smart, he’s not strong, and his superhero ability sucks! Don’t expect him to save the day when you are in dire need of help. 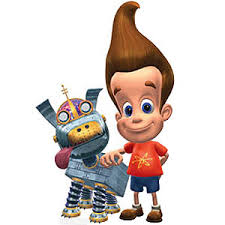 Wait! Wait! While I did like the movie and the TV series, I have something to say about Jimmy. In the movie, he was a very smart boy who invents a lot of cool, nifty things. While he did make a mistake of letting aliens know about his planet which ended up having all the adults abducted to be fed to their chicken god, he rounded up his friends and saved the day. But in the TV series, he turns out to be a bit of a jerk towards everyone. He ends up being a bit snotty and bragging about his intelligence to everyone, making them feel inferior and unimportant. It is true that Jimmy’s friends Carl and Sheen aren’t the sharpest tools in the shed, but he doesn’t need to shove his intelligence down their throats. He still tends to make a ton of mistakes due to his inventions and he always finds ways of completing them. Carl and Sheen, while being the funny aspects of the show, end up being his sidekicks which kind of render them uselessÂ whenever danger occurs in Retroville. This is nitpicking, but still, I can’t help but note down this huge flaws. 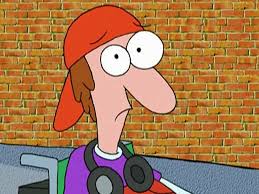 This character had so much potential to be a huge role model for kids who were handicapped. He wasn’t depressed about being in a wheelchair, he’s not a stick in the mud, and he’s not a victim. But then again, he’s not a memorable character. Created by John Callahan, who is known for dark comedy and witty humor, the result of Pelswick’s character is unacceptable. Now he’s just a bland character in a show that is hugely forgotten. 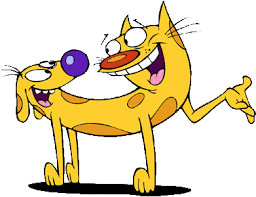 The majority of the characters fromÂ CatDogÂ are mean spirited jerks, but Cat is on my list because he’s a huge manipulator towards Dog. There are times in which he doesn’t want Dog around so he can be alone. But when he does want him around, he uses him for tasks to get him rich, famous, popular, defense against the Greasers, or just to control him for his desires. Dog is a very simple minded dog who wants nothing more than to make Cat happy, so it makes it more disgusting to see him take advantage of him. Sure Dog is a bit dumb and wouldn’t make it on his own without Cat, but I feel that Cat is needs Dog slightly a bit more. Once again falling into the old cliche that cats are evil. Brekclub85 will not be pleased. 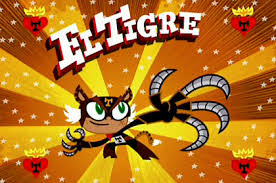 This kid, just like the show, is full of inconsistencies. One moment he wants to be a superhero like his father, the next he wants to beÂ mischievous and evil like his grandfather is. This could’ve been a great concept, but unfortunately, everything about this show is forgettable: El Tigre, his friend, and the villains. In the final episode when he had to make a decision of whether to be a hero or villian, he didn’t choose it: the viewers did. That’s right: the kids made a choice online in nick.com about whether he should be good or bad just like when the comic book fans voted on whether Jason Todd lived or died when he fought the Joker. Either way, he’s a character with no substance. 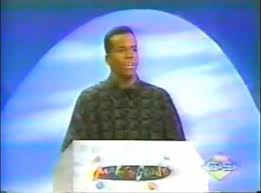 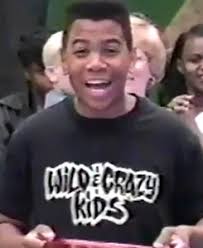 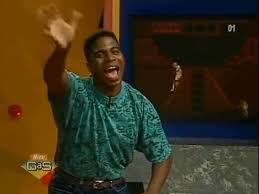 Now let me be make things clear for you guys: I’m NOT racist by any means! I love everyone equally by race, color, religion, etc. My main gripe when looking at all the Nickelodeon game shows again is that some of the hosts are bad. The African American game show hosts are even worse, which is a shame. Steve Harvey, the current host ofÂ Family Feud,Â is fantastic and made the show hilarious! Wayne Brady, the current host ofÂ Let’s Make a Deal,Â is so engaging, funny, and does his improv to the T. Sherri Shepard, the current host ofÂ The Newlywed Game,Â gave a little more spice to a game show known for its naughty answers.Why can’t any African American game show host on Nickelodeon give that same spark?

Michael Carrington and Robb Edward Morris fromÂ Think Fast!Â andÂ Make The GradeÂ were so unbelievably boring and made the shows they hosted completely overshadowed by Marc Summers’ quirky personality and overall better game show. Omar Gooding, the co-host ofÂ Wild & Crazy KidsÂ was basic, bland, and forgettable. Phil Moore, the host ofÂ Nick ArcadeÂ andÂ You’re On!,Â is the goofiest game show host that Nickelodeon has ever had! There hasn’t been an African American game show host in Nickelodeon for over a decade. Let’s actually have a fun, interactive, down-to-earth African American game show host Nickelodeon. Please, please, I’m begging you. So far, you haven’t done a good job at it. 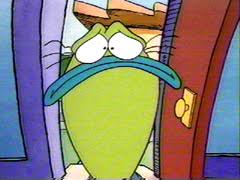 He’s an absolute dick to everyone around him: his neighbors, his co-workers, his wife, and his son. He’s cranky, he’s mean, he cares very little about things, and he’s an unlikable toad. Not someone you want to have as a next door neighbor. 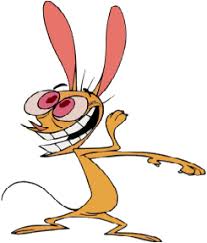 He’s a crazy dog with anger issues. He’s mean, abusive, pushy, and manic towards his best friend Stimpy. If he’s not being mean, then he’s completely losing his mind. He can snap at any moment and you don’t want to be in his way when that happens. 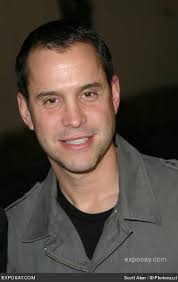 Geez, it’s like this guy can’t do anything decent by himself nowadays. Robbins, alongside his partner Mike Tomlin, created the sketch comedy showÂ All ThatÂ as well as being the producers/directors of shows likeÂ Kenan & Kel, What I Like About You, One Tree Hill,Â and others. But unfortunately, when it comes to producing and directing movies, Robbins has done critically and commercially failures likeÂ Good Burger, Varsity Blues, Norbit, Ready to Rumble, Meet Dave,Â andÂ A Thousand Words.Â Oh, how the mighty have fallen. Once a man who had created a show so meaningful in our childhoods has now directed movies that have reduced to crapfests.