It had taken a while, but Nickelodeon had finally released a new Nicktoon to go alongside their other Nicktoons such asÂ The Wild Thornberrys, Rugrats, Hey Arnold, CatDog, Rocket Power,Â andÂ The Brothers Flub.Â That show wasÂ PelswickÂ and it debuted on October 2, 2000.

The show was about a 13-year-old boy named Pelswick Eggbert (voiced by Robert Tinkler) who is confined in a wheelchair. He’s a very smart, witty kid who dislikes it when people are teasing him for being disabled. He has a family consisting of his father Quentin (voiced by Tony Rosato), his little sister Kate (voiced by Tracy Moore), his baby brother Bobby, and his grandmother Gram-Gram (voiced by Ellen Ray Hennessy).

The show consists of Pelswick living his everyday life with his family and his friends Ace Nakamura and Goon Gunderson. Ace (voiced by Phil Guerrero) is a very intelligent kid and Goon (voiced by Peter Oldring) is a very large, dimwitted kid who is very loyal to Ace and Pelswick. Pelswick has a crush on a girl named Julie Smockford (voiced by Julie Lemieux), but Julie seems him only as a friend. So yeah, here’s our Doug Funnie and PattiÂ MayonnaiseÂ of the 2000’s, ladies and gentlemen.

Now if only we had a goofy, over-the-top bully who makes fun of the main character’s name and has a group of dunces following him. Oh yeah, we do. Enter in Boyd Scullarzo (voiced by Chuck Campbell). He’sÂ essentially our Roger Klotz of the show expect not having the spiky red hair and leather jacket. This guy has spiky red hair, army boots, and twice as dumber. Creativity, ladies and gentlemen.

Also thrown in on the show is Pelswick’s guardian angel Mr. Jimmy (voiced by David Arquette). He’s a very strange man who gives Pelswick odd advice about everything and doesn’t seem to make things clear until the last minute. Yeah, if you thought that Cosmo was stupid and unreliable, Mr. Jimmy is worse. At least Wanda is there to pick up Cosmo’s slack. So if you need helpful advice from a guardian angel, I wouldn’t suggest Â getting this idiot! You’re better off with Clarence fromÂ It’s A Wonderful LifeÂ or Al fromÂ Angels in the OutfieldÂ andÂ Angels in the Endzone.

The show was based on a book series created by cartoonist John Callahan.Â He was a quadriplegic at the age of 21 due to a severe car accident that wrecked his spinal cord caused by a man he met when he was bar hopping. At the age of 28, he quit drinking and worked on animating cartoons using both of his hands. His artwork was simplistic and his work was mostly politically incorrect filled with dark humor and topics that were considered taboo. However, he gained a lot of popularity by many people, especially people who were disabled.

Â â€œMy only compass for whether Iâ€™ve gone too far is the reaction I get from people in wheelchairs, or with hooks for hands,â€ Callahan said. â€œLike me, they are fed up with people who presume to speak for the disabled. All the pity and the patronizing. Thatâ€™s what is truly detestable“,Â said Callahan in a 1992 interview withÂ The New York Times. 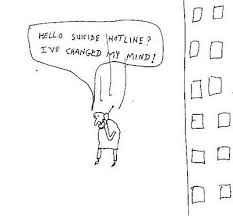 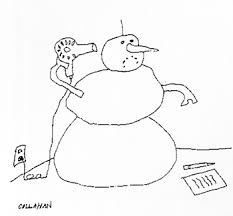 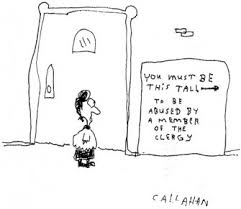 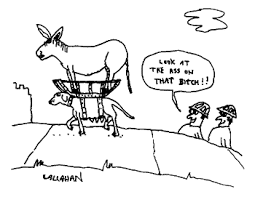 The show lasted for 2 seasons ending its run on November 14, 2002. So, does this cartoon showcase the work of Callahan’s other works? Absolutely not by any means! The show is very bland and average. The characters are mostly stereotypical and cliche and the episodes are mostly forgettable. The only people I seem to remember are Gram-Gram and Mr. Jimmy, but that’s only because their antics are wild and over-the-top that they pretty much overshadow everyone else. This show had so much potential to be great! If only Pelswick was a more well developed character with interesting aspects that can make us relate to him and find out how he really feels being on a wheelchair. But unfortunately, he falls short.

All I have to say is thank God that they got this concept right with Artie Abrams onÂ Glee.Â At least he’s a memorable teenager in a wheelchair that’s actually fun compared to Pelswick. 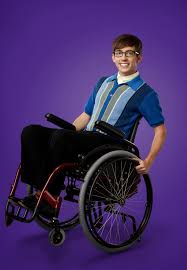 But instead, we have a very basic cartoon with boring, cliche characters and forgettable situations. I don’t recommend checking this show out.

However, if you want to see an animated show that shows Callahan’s true colors, check out the underrated cartoonÂ Quads.Â This is Callahan’s animation, humor, and story telling fully realized.

On July 24, 2010, Callahan had passed away at the age of 59 due to surgery complications to remove his chronic bed sores andÂ respiratory problems. His work is still available online if you’re interested in checking it out sometime. They’re very funny and fascinating. It just goes to show you that a person who has certain problems is not handicapped but handi-capable. 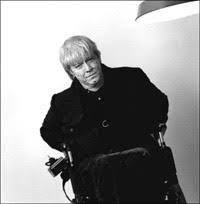 That’s all for now. Tune in next time as we take a look at Klasky-Csupo’s 5th NicktoonÂ As Told by Ginger. 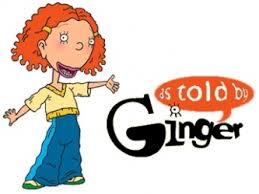