What better way to conclude our review ofÂ TainaÂ then talking to the girl who played her: Christina Vidal. Starting at the age of 12, her first movie was the 1993 comedyÂ Life with MikeyÂ starring Michael J. Fox, Cyndi Lauper, Nathan Lane, and David Krumholtz.

I had the opportunity to interview Christina so I hope you enjoy it. 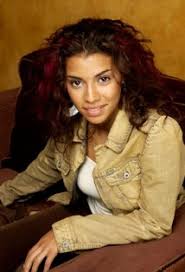 Patricia-Â In what age did you know that you wanted to act?

Christina-Â Â For as long as I can remember. I auditioned forÂ Life with MikeyÂ when I was 10 years old. It was my first audition and I didn’t have an agent or a manager at the time. It was a cattle call audition. And it just continued from then on.

Patricia-Â What inspired you to go into acting?

Christina-Â Ever since I saw my sister on TV I said “I wanna do that”!! (Her sisters are actresses Lisa and Tanya Vidal)

Patricia- What was the audition process like forÂ Life with Mikey?

Christina-Â It was really exciting. Especially when I got to audition with Micheal J. Fox.

Patricia- What was it like working with Michael J. Fox, Nathan Lane, Cyndi Lauper, and David Krumholtz?

Christina-Â Micheal was so nice to me, he really took me under his wing. Nathan was funny, but quiet . Cyndi gave me singing tips, and David and I became like best friends.

Patricia-Â What was your favorite episode ofÂ Taina?

Christina- My favorite episode ofÂ TainaÂ is the one about our singing group. It’s calledÂ Making the Band.

Patricia-Â TainaÂ was the first TeenNick show whose main character was Puerto Rican. How did that feel to represent yourÂ nationality in that show?

Christina-Â I am very proud to be the first Puerto Rican girl to have her own show. 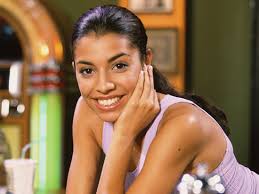 Patricia- Today, you are an actress, a singer, a songwriter, and anÂ acting coach. Do you think thatÂ TainaÂ would become any of these professions today? How do you imagine what her career would be?

Christina- I think Taina would definitely have her name in lights now. She wanted stardom, that was never my pursuit.Â

Patricia- One of the main reasons thatÂ TainaÂ was cancelled because it attracted more girls when Nickelodeon at the time wanted to attract only boys. Nowadays, we have shows likeÂ iCarlyÂ andÂ Victorious. In a way,Â TainaÂ was ahead of its time. Do you think that ifÂ TainaÂ was released today, would it get as much of a following compared to 10 years ago?

Christina-Â I thinkÂ TainaÂ would be very popular today.Â TainaÂ was the forerunner show for all of those other show. 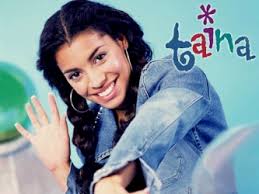 Patricia- What was it like working with Lindsay Lohan and Jamie Lee Curtis onÂ Freaky Friday?

Christina-Â Lindsey was so much fun. we became fast friends. I miss her. Jaime Lee Curtis was like everybody’s mama on set! 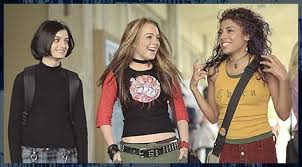 Patricia- Who were your favorite singers that made you become inspired to get into the music industry?Â

Christina-Â I always loved singing, even before I started acting. I listened to Mariah Carey, Whitney Houston, Gloria Estefan… Currently my favorite singer is Brandy Norwood.

Patricia- As an acting coach, what advice would you give someone who wantsÂ to go into acting?

Christina-Â My advice as an acting coach is… Commit to the process and let go. Be patient with yourself and never do anything you don’t absolutely love and believe in.

Patricia- Alright then. Christina, thank you so much for taking the time for this interview.