With the year 2000, a new year and newÂ millennium means new opportunities for movies and TV shows. In Nickelodeon Movies’ case, on February 11, 2000, the new feature filmÂ Snow DayÂ debuted in theaters.

The movie simply about a group of kids’ perspectives of a snow day got a lot of promotion, hype, and advertisements on Nickelodeon before the movie came out. I remember tuning into Nickelodeon and seeing the trailer for it over and over again.

There were even references ofÂ Snow DayÂ in other Nickelodeon shows such asÂ The Amanda ShowÂ andÂ Double Dare 2000.Â

Not to mention that the movie was written by Chris Viscardi and Will McRobb, the creators ofÂ The Adventures of Pete and PeteÂ andÂ KaBlam!Â Originally this was supposed to have been aÂ Pete and PeteÂ feature length film, but the idea was aborted and they started again from scratch writing another script.Â Snow DayÂ was their result. So, does this movie should be marveled like a snowy mountain or should it be turned yellow for its piss poor quality? This isÂ Snow Day.Â

The movie starts off with a narration by one of our main characters Hal Brandston (played by Mark Webber). He talks about how the formation of snow and how it becomes a huge disappointment for adults and fun for kids. He recalls on one particular day that ends up in a snow day. We then see his little sister Natalie (played by Zena Grey) who knows that snow is about to fall. Hal is more concerned about getting a really popular high school girl named Claire Bonner (played by Emmanuelle Chriqui) to notice him and fall in love with him. The only problem is that she doesn’t know that Hal exists and she already has a boyfriend. But with the help of his best friend Lane Leonard (played by Schulyer Fisk), Hal stops at nothing to get Claire to be his girlfriend.

Meanwhile, we then cut to a weather report by Natalie and Hal’s father Tom Brandston (played by Chevy Chase) in which he gets a tad bit nervous. He has a rival meteorologist named Chad Simmonz (played by John Schneider) competing against him to see who is the better man. While Tom does portray himself as a bit geeky and a bit slow with his weather reports, he still thinks he can do much better than Chad. 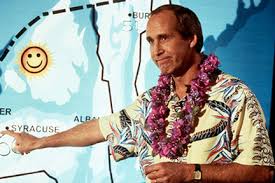 The next day, a whole fleet of snow falls down in the entire town and the weather announcements declare it as a snow day! The kids get excited while the grown ups get frustrated and upset.

With that said, Natalie hangs out with her friends Chet Felker (played by Jade Yorker) and Wayne Alworth (played by Josh Peck), Hal and Lane try their best to get Claire to notice him, Tom reports on the news rivaling with Chad, Natalie and Hal’s overworked mother Laura (played by Jean Smart) is stuck at home watching herÂ misbehaving son Randy, and the school principal Mr. Zellweger (played by Iggy Pop) is tormented by kids with large amounts of snowballs. But everything changes for the worse when a snow plow driver simply known as Snowplowman (played by Chris Elliot) is on his way to town to plow out all the snow. Natalie warns the other kids about Snowplowman and works out a plan to prevent him from ruining their snow day.

Throughout the entire movie, we shift into all of these different plots seeing how each one turns out. There’s really not much to say except the following things: Tom realizes that Chad is a fraud, Natalie and her friends rally against the Snowplowman, Hal falls in love with Lane instead of Claire, and the movie ends in a happy note. The end!

Whew! Talk about a lot going on with almost none of it satisfying or cohesive! Overall, this movie is awful! This movie is an absolute cliche, boring, and filled with way too many plot points. The characters aren’t memorable, the acting is horrendous, and there is no reasoning behind it all. I can’t believe that the guys who createdÂ The Adventures of Pete and Pete,Â one of the greatest teen series of all time, wrote this piece of garbage! A huge disappointment.

If you’re interested in another review ofÂ Snow Day,Â check out my friend mr.aspiringactor’s review of it.

When the movie first came out, it had terrible reviews from critics and viewers alike. It has a measly forgettable soundtrack, with the exception of Hoku’s one-hit wonder “Another Dumb Blonde”.

I don’t recommend checking this movie out.