Tomorrow is Thanksgiving! A time in which we have delicious food surrounded by our families as we talk about everything that we’re thankful for. After our bellies are full with turkey and all the trimmings, time to sit back and watch our favorite programs we tune into every year. 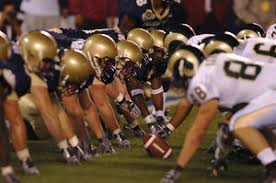 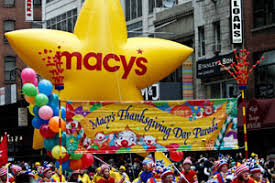 There we go! Much better. Every year as kids, Nickelodeon would have marathons of our favorite shows that we would tune in and see. Also in the mix would be some of the Thanksgiving specials that they would air. While Thanksgiving specials in general aren’t as prominent compared to Halloween or Christmas specials, they still give us that warm feeling inside. 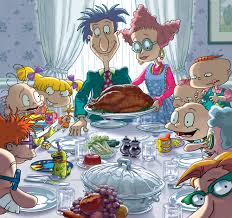 Today I’m going to review a very forgotten Nickelodeon Thanksgiving special. Â That special was none other thanÂ Nickelodeon’s Thanksgiving FestÂ which debuted on November 29, 1989.

Around 1989, Nickelodeon was starting to establish itself as the #1 kid’s network due to the popularity ofÂ Double Dare, Eureeka’s Castle, Total Panic,Â andÂ Hey Dude,Â but still wouldn’t have their own exclusive cartoons until two years later. So before Nickelodeon formed its own identity with their style of cartoons, the animation they were known for was the animation that came from their promos and ads during the shows that were on at the time. In fact, Joey Ahlbum, the main animator behind the iconic “doo-wop” dinos was one of the directors of this special as well as the animator behind the small segments that showed during the special. You probably remember about Joey Ahlbum from my review ofÂ Standby: Lights, Camera, Action! 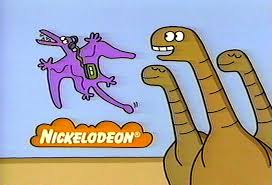 We first cut into a few animated segments consisting of how they made cranberry sauce and trying to interview a wild turkey. Then we cut into our first segment calledÂ Thanksgiving Nightmare.

It’s about a mouse and a cockroach wanting to eat the leftover food left by the family who lives at the house they reside in. When trying to get the leftovers, they bump into each other and start having a war with one another. They band together their friends and fight over to see who would get the leftover feast. All of a sudden, the family cat comes along and disrupts them. The mice and roaches leave a huge mess all over the house until the cat comes and vacuums the mice and roaches in. The leader mouse and roach are left and they work together to free their friends. They succeed and leave the house in a huge mess. The family comes back upset and kicks the cat out of the house. We then cut to the mice and roaches enjoying their food.

After this segment, we cut into more animated shorts consisting of a mother rabbit feeding her family, turkeys disguised as meeses, and a hunter looking for his main meal for Thanksgiving.

After that, we cut into the second animated segment calledÂ Thanksgiving Dreams.

It’s about a boy, his sister, and his mother going through struggles during the Great Depression. They know that they’re not going to get a Thanksgiving feast due to little food in the house. The boy and the sister have a dream about having a Thanksgiving feast before their eyes. They’re shrunk down to small size and see with amazement talking, singing, and dancing utensils and food. 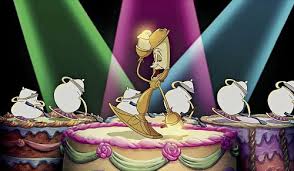 Anyway, as time goes on, the boy accidentally knocks over too much yeast onto a bowl of dough and then arises an evil dough monster. The boy tries to fight him off, but he’s stuck in the dough. He uses his clever wits and gets himself unstuck and grabs the pepper shaker. The dough monster sneezes and explodes! The boy and the girl wake up to a delicious smell! When they go downstairs, they see a wonderful Thanksgiving feast! The mother claims that it’s a miracle and they begin to eat. Then she claims that there’s too much pepper in the food. The segment ends with the boy smiling and winking at one of the carrots on his plate whom he saw in his dream.

This Thanksgiving special was a classic for many old school Nickelodeon viewers and they would be eager to watch this every year. That is until the 90’s came along and Nickelodeon then focused on Thanksgiving with marathons of popular shows and Thanksgiving specials from their own exclusive Nicktoons such asÂ Rocko’s Modern Life,Â Rugrats, Hey Arnold, CatDog, The Wild Thornberrys,Â and more. Afterwards, this special was scrapped from TV and hugely forgotten except for hardcore Nickelodeon fans.

Overall, this special was nothing special. While it was trying to create a really good Thanksgiving special, the end result was a bit mediocre and underwhelming.Â Thanksgiving NightmareÂ was like aÂ Tom and JerryÂ ripoff andÂ Thanksgiving DreamsÂ has an inconsistent plot and animation. In one scene, there’s no animation movement at all and it’s trying to come off as serious and sad. The next scene, the boy and girl shrink and look like they entered in another cartoon entirely. The scene with the dancing food and utensils looks like it came from a 1930’s cartoon short. As a Thanksgiving special, you’re better off watching the other Nickelodeon Thanksgiving specials which we’ll talk about tomorrow.

However, as I watched more of this special, I found a certain charm to it that I had not found in any other Nicktoon since. Maybe it was because this special was the first indication of their own work and not relying on acquiring it from another source.Â  Maybe it was the style of animation of the short that would never feature on any of the Nicktoons to come or classic cartoon shorts from the 30’s and 40’s being the inspiration make it unique. I’m not sure what, butÂ Nickelodeon’s Thanksgiving FestÂ started to grow on me the more I watched it.

You should check it out due to what this special really was. It was also the starting point for many of the people behind it just as then producer Vanessa Coffey, who would be the vice president of animation for Nickelodeon and wasÂ under the direct supervision of Nick exec Herb Scannell who would later go on to become President of the Network after Gerry Laybourne left. In fact, one of the segments that was going to be inÂ Nickelodeon’s Thanksgiving FestÂ was about a “group of babies looking at Thanksgiving from their perspective.Â When Paul Germain (one of the co-creators ofÂ RugratsÂ along with Klasky-Csupo’s Gabor Csupo and Arlene Klasky) pitched a show to Vanessa about “talking babies” (irrespective of the Thanksgiving Special), one of the reasons she liked the idea was because of the “Thanksgiving from a baby’s perspective” segment that was almost used for the Thanksgiving Special.

WhileÂ Nickelodeon’s Thanksgiving FestÂ hasn’t aged very well, it’s still recommended to check out from how they got started to be where they are today.

All this information was brought to you by Mathew Klickstein and his upcoming bookÂ Slimed! An Oral History to Nickelodeon’s Golden Age.Â To know more information about this book, visit his Facebook page atÂ http://www.facebook.com/NickOralHistory.

That’s all for now. Tune in next time as I tell you my top 5 favorite Nickelodeon Thanksgiving specials. Hope to see you around Old School Lane soon. Thanks for reading.