I know that this isn’t in my wheelhouse but I am a Turtles fan, mainly of the Nick series and I’ll admit that I am interested in the new movie but I read some that Megan Fox said in an interview about the new movie that upset me.

“A lot of girl power ended up on the cutting room floor, unfortunately. I had a really awesome scene where I was fighting The Foot Clan, but I think they were like, â€˜Why would a tiny journalist be able to kick so much ass?â€™ So that got cut.”

This article will link to where this was reported Why did this upset me, so much? April is my favorite TMNT character and seeing as this is a Nick movie and the 2012 Nick version is my favorite iteration of the character, I wanted to examine why I love this version of April so much. Note: I do not blame Megan Fox for the butt kicking scenes being cut. First, I want to address something in regards to all versions of Ms. O’Neil.

“Why would a tiny journalist be able to kick so much ass?â€™ So that got cut.”

Are these people not familiar with any version of April? Because last I checked , most versions of April that I know of, could hold her own in a fight. And Mae Whitman’s April is no exception to the tradition of the character being a worthy ally to the Turtles that can also go up against the Foot Clan, when push comes to shove. 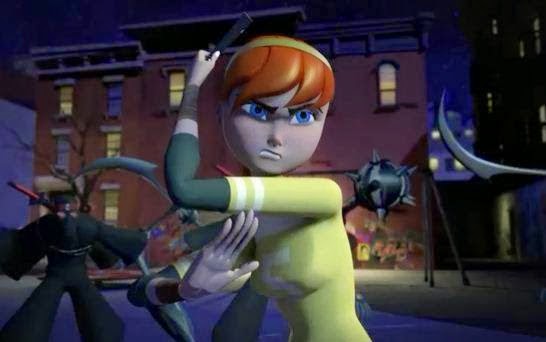 Also pay close attention to the number on April’s shirt. It’s the number 5. What significance does this number have in regard to her character. The creators behind this new take on TMNT have confirmed that it symbolizes that she is a member of the team. A member, who has fought alongside the Turtles and in this version has been trained by Master Splinter in the ways of the kunoichi (female ninja) So, don’t give me that excuse that it wouldn’t make sense for her to be able to kick so much ass. Now yes, this version of April isn’t a journalist but my point still stands that Nick has a version of April that can kick butt and hold her own in a fight. Moving beyond that, however there is more to April than just kicking butt. She’s smart, I mean she has helped Donny on numerous occasions with the tech. stuff. She can be a little stubborn at times, sometimes justifiably so, such as the time, the Turtles mutated her dad. Granted, it was an accident. She has a very sweet personality and cares for all kinds. Let’s address the big elephant in the room, April was aged down for this series. This was a mandate from Nick because they thought it would be weird to have an adult woman hanging out with teenagers. Dumb reasoning aside, making April, a 16 year old puts a new and interesting spin on the character in my opinion. I know some classic TMNT fans didn’t like this change but as I said before, this version of April is my favorite Turtles character. She is a strong young lady, both in physical and mental states that have been put through hell and back thanks to the Klanng and Shredder. But she doesn’t give up. April is one of the most inspiring characters for young children, because when the chips are down, she picks herself back up and keeps going.

Nickelodeon, let me reason ya. You are releasing the new Turtles movie. Therefore, Megan Fox’s April is a Nickelodeon character and I know that the people that work on the TV show, most likely aren’t involved in the movie but once again, let’s look at this quote.

“Why would a tiny journalist be able to kick so much ass?â€™ So that got cut.”

You have a version of April that as I have pointed out can kick butt and has done pretty well to hold her own in fights. Mae Whitman’s April is a wonderful character that is in my opinion, one of the best takes on April. The more, I hear about Megan Fox’s April. The more I groan, what you have done to this character? 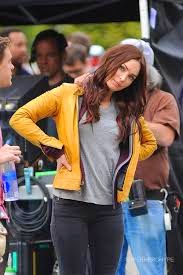 I know most people are turned off by the new designs of the Turtles but I’m more turned off by what, you are doing to April. If you can it right on TV, even with making April younger, why is it so hard to get her character right in a movie? I’ll still see this movie but to me , Mae Whitman should be the only one allowed to play April for Nickelodeon. There’s only one thing left to say, Booyakasha!