Well driving in Jesus family van, both Zam and Ruffton was in heavy talks with their grandmother while Parkland simple looked outside the side window not saying a word. It wasnâ€™t that she did not want to talk to her. In fact if it wasnâ€™t for her concern for her Grandmother she would have been speaking to her until the nixes sun rise. She was more worried for her Grandmotherâ€™s health. While sitting in the back seat in the van she could see that her hands would sometime sake and her fingers on her right hand was partly curl and stiff. She also notice That her grandmother would sometime repeat herself when talking to brothers. Parkland did not expected Zam to notice much and even if he had he was just shake it off as if Grandmother did not here her the first time. Ruffton was a different story. and although he did not askÂ  is grandmother if she was okay Parkland could tell just by his facial expression that he was getting a bit worried.

â€œYou Okay dear?â€Â  Parklandâ€™s Grandmother ask her for she was a bit taken by how quite Parkland had become.

Parkland took advantages of the scenery as her uncle continued to drive down I 95. Beside the building being a lot smaller than the ones she is use to seeing in Park Slope, Parkland could easily tell that things moved much slower than the city in fact most of the places they little towns Â with small shops and even smaller houses.Â  Just by looking at the neighborhood give her a science as to why her grandmother had decided to move down south. It was nice, peaceful and affordable that she could live off her retirement funds without any worries.

An hour had pass, before the family had cross a bridge leading to beach Island. Once there they dove five miles north until they came across Huckleberry Road. From there they headed right and continued to drive for block down a very deserted two way street until Jesus inside a drive way of 21-42. For there the Monskey children look out the door window in arr at the two family gray-stone house which a long red chummy on the center. To Parkland it reminded her of some of the new house that was being built round the neighborhood. And unlike the old one they most have something that let them standout form all the rest. This was one of throw houses. And for Parklandâ€™s point of view it seems to have fit her grandmother nicely.

â€œThis is the place,Â  â€œParkland grandmotherÂ  said as she got of the car and stood nixed to her granddaughter who was looking staring at the house deep in thought, â€œit may not be much of courseÂ  but it my home and it suits my needs.

â€œI think it wonderful,â€ Parkland said while her grand place her hand on her shoulder. While both Ruffton and Zam Help their uncle take their belonging. Parkland followed slue and once inside there all place there belonging near the life side of the hall.

â€œWow this is great,â€ Zam said while smiling and eyeing the big living room and kitchen that was only a few feet away.Â  Is this really your home, Grandma?â€

â€œYes and it has a nice view of the ocean,â€

â€œ-Yhaaaaaaaaaeeeeee!â€ Zam yelled excitedly as he followed his grandmother into the kitchen and out the back door leaving both his older brother and sister alone with Jesus.

â€œSo, uncle J, how long are you planning to stay with Grandma?Â  And whereâ€™s ant Lilly is she is in the hotel with Richard?

â€œActually your ant and Richard is at home.

â€œA few miles down the road.â€

Both Parkland and Ruffton had look of shock written all over their faces.

â€œYou move from Texas!â€ Ruffton asks in a rather loud tone.â€

â€œYesâ€”live her for two and a half years now. It a bit quite here as you had already notice but other than that we have no complaints.â€

Ruffton had open his mouth to say something but his uncle had cut him off before had a chance to speak.

â€œ-I will explain more about it later right I have collect Zam for I promise your ant they you say hello to her right after I had drop off you things.â€

Ruffton did not want to talking about this later he wanted to know what had had happen which course his uncle to live so close to his grandmother; person who for many year had never seen eye to eye. And now there are neighbors and getting along as if they had been beast friend for years. Something was wrong. His uncle was prolonging something and why did Mom and dad not tell them that Uncle Jesus had movie to Beach Island to be close to grandma? All throws question will had to be answers later for the last thing Ruffton wanted to do was get into an family argument Â on there first day at Beach Island.

When Uncle Jesus want to get Zam, Ruffton glare at Parkland whoâ€™s just give her brother a hard stare as if to let her know she was just as baffle and angry as he was.

â€œWhat the hellâ€™s going on,â€ Ruffton said angrily under his breath, â€œOur uncle living close to grandma. And did mom and dad know this? And if so why not tell us.

â€œThey knew,â€ Parkland said while folding her arms and glaring down at her toes, as to why they did not tell us, well-that I well found out before we head back home. That is a promise. 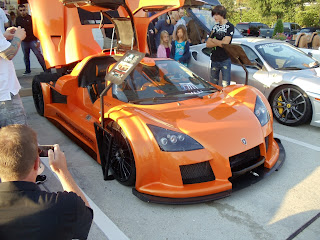