One of my favorite cars growing up was the Lamborghini Diablo. I had a scale model of this car. Produced from Â 1990 to 2001, 2884 Diablos were made. One could get a Diablo coupe or a Diablo roadster with a carbon fiber targa top. There were five variants of the first generation Diablo: VT (viscousÂ traction) which had all wheel drive, SE30 which was a lighter, more powerful than the standard Diablo, SE30 Jota which was a circuit ready version of the SE30, SV (super veloce) which was a more powerful version of the standard Diablo, and the VT Roadster. The second generation Diabo variants were the SV, VT, VT Roadster, GT, and VT 6.0. Then the Diablo first came out in 1991, itÂ dethronedÂ the Ferrari F40 as the world’s fastest production car, reaching a speed of 207 mph. It reign as the speed king was short lived because later in 1991, the Bugatti EB110 was released and it reached a top speed of 213 mph.

I saw a blue Diablo roadster at the September 2010 edition of Houston Cars and Coffee. It is better looking than the scale model I had growing up. The Diablo is one of the best looking cars of the 1990s. I love its sleek design. Its a beautiful car. And it is as fast as it looks.

Final Thoughts: I love this car. It is fast and I could stare at it for hours. I was glad someone brought it to Cars and Coffee. It is great to see one of my favorite cars from my childhood up close. Â It is one of the best cars to come out of the 90s. Lamborghini continued the trend of fast, beautiful cars with the Murcielago. 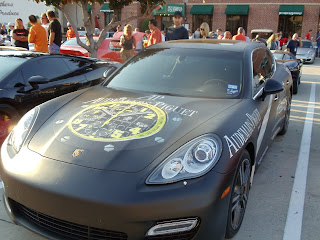 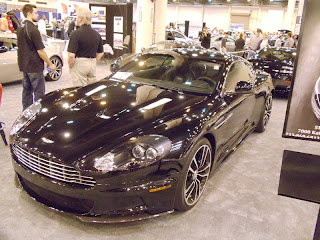