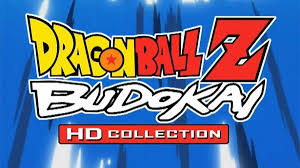 I feel like I need to talk about the massively popular franchise that this HD repackage of games is based off of. Dragon Ball Z is, to this day, one of the biggest gateway titles in anime. It is the second anime series based on the Dragon Ball manga by Akira Toriyama. Considering the popularity of this series, it is not surprising that there would be video games made based on the property. The most common genre of games made from this show is the fighting game genre. This is a given considering the anime series involves a lot of fighting. Okay, not fighting so much as characters screaming aloud and standing around for whole episodes at a time. Of course, that is completely missing the point. My history with the show is that I liked it as a kid as it was one of the first anime series I have seen. However, I do feel that the series has not aged very well as there is more aforementioned characters screaming aloud and talking about power levels than actual fighting. So how does this HD collection fare as far as Iâ€™m concerned?

There are two games in this collection: Dragon Ball Z Budokai and Dragon Ball Z Budokai 3. WhyDragon Ball Z Budokai 2 didnâ€™t make it on to the collection will probably remain a mystery. Both Budokai and Budokai 3 are 3D fighting games that do have some similarities while also containing stark differences as well. I will talk about the similarities first. They both have the same punch, kick, ki blast, and guard button scheme. They both have a story mode, a vs. mode, and a tournament mode. You also have the ability to buy and edit new skills for the characters in addition to the ones gained through their story modes. Youâ€™ll be forgiven for thinking that they are the same games but it is important to note the amount of small improvements that make Budokai 3 a better game than the first Budokai. 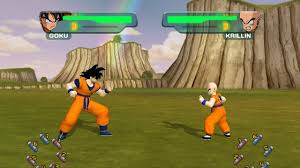 To be perfectly honest, I never liked the first Budokai. While it was fun initially, I found it just got old rather quickly. While there were combos to execute, the way you did these controls required incredibly unintuitive and impractical button combinations that were extremely difficult to pull off. Budokai 3 improves on this by making the button combinations much more easier to do. While they arenâ€™t all easy too pull off by any means, it still shows how much Budokai 3 improves on the first one from a gameplay standpoint.

There is also the matter of the story modes in both of these games. In the first Budokai, the story mode took place from the Saiyan saga to the Cell Games saga. The story mode contains a poorly abridged version of the those arcs from the series. Not only will the uninitiated feel confused but vets of the anime series will be able to tell that nuances of the story were lost in translations in the story mode. This is made worse by the fact that the story mode is only two hours long total. While this usually isnâ€™t a big deal in fighting games, I canâ€™t help but feel like the story mode in the first Budokai could have been done better. Iâ€™m not saying it should have been a substitute for the anime but when making a fighting game from adapted source material, I feel they should at least try to be faithful to that material. 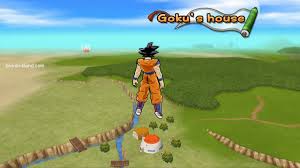 Budokai 3â€™s story mode, or Dragon Universe as it is called in the game, is a bit of an improvement since there is simply more to it as well as the fact that there are different characters to play as such as Goku, Gohan, Vegeta and many others from the anime series. In the story mode, you can travel in a rudimentary open world between fights. Here, you can travel around the small world maps to find money, hidden conversations, and find Dragon Balls. The problem is that there is no way to find these hidden niceties which means finding them requires you to search every single inch of the world maps to find them. On the other hand, there is the use of RPG elements. In the story mode, your characters level up as they fight and defeat enemies in the mode. While this could have felt tacked on, it does a decent job of adding a certain depth to the story modeâ€™s gameplay, even if it can cause problems if you are under leveled in anyway when fighting certain opponents, especially later in the game.

In addition to the story modes, you also have a versus mode and a tournament mode in both games. The versus mode is self-explanatory in that you can either fight another player or against the A.I. When I say fighting another player, I mean another player right beside you as there is no online multiplayer in either game. 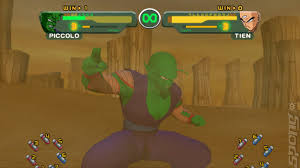 The tournament mode in both games is a mode in which you fight opponents in a fighting tournament to earn prize money to buy skills in the skill shop. There are three different difficulties for this mode. You win the prize money by winning or being runner up in the tournament.

This brings us to the fighting engine in the game. Like I said before, they both have the same basic control scheme. They both use a face button for punching, kicking, guarding, and ki blasts. They also have a ki meter that you can charge up by holding the guard button and the directional key away fro the opponent at the same time. However, Budokai 3 improves over the first one in a subtle yet very notable way. The button combinations used to execute combos is not as needlessly complicated as it is in the first game. However, there is a problem with Budokai 3 that comes with this and that is the Dragon Rush attacks, in hyper mode, which can be activated by pressing L2, you or your opponent can use Dragon Rush attacks to do massive damage to the other player. The problem is that these are hard to pull off and the A.I. has a tendency to abuse them some times. They interrupt the flow of the gameplay and when playing with the A.I., whether you defend or get hit hard by these attacks feels random a lot of the time. Due to this major issue, I will say while it is the better game of the two in the collection, it is still far from perfect. 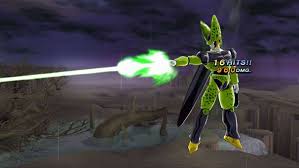 Graphically, both Budokai games are both adequate considering the fact that they were released in 2002 and 2004, respectively. The most notable thing between them is that Budokai 3 has cel-shading while the original Budokai does not. I do know that the Gamecube version of the first Budokai did add cel-shading but the HD version of it was based on the original PlayStation 2 version. Overall, graphics arenâ€™t amazing but are good enough.

The music is where things get a little weird. For reasons unknown, the music for both games has been completely changed from the music in the original versions of the games. While I canâ€™t say this for certain for the original Budokai, I can definitely say this for the Budokai 3. When I first started playing the HD version of Budokai 3, I was stunned how different the music was from the original PlayStation 2 version of the game. I felt that changing the music was unnecessary and pointless. The voice acting in both games is from the same voice actors in the dub of the show so you probably know what to expect such as hamming voice work that was in the series. Purists will be happy to know that the HD collection added to option to play both games using the original Japanese voices. 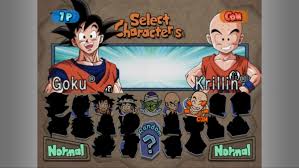 I feel kind of in a weird possible with this HD collection since I used to be a fan of the anime the collection of games is based on but not so much these days. That said, I do feel I can at least give a fair assessment of the collection. The first game is just not a very good game to begin with and even the third Budokai is far from perfect and is mainly for fans of the series, despite theimprovements. The HD collection does add trophies and achievements but it also makes unnecessary changes to the music of both games. From my perspective, only Dragon Ball Z fans need apply and even then, I think they will be better off just popping back in their old copy of the original Budokai 3. 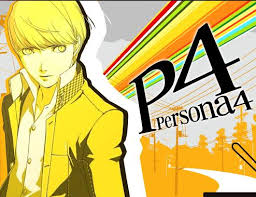