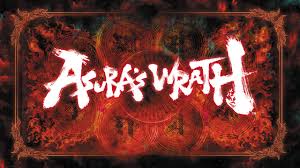 Developed by CyberConnect2, known for the .hack series and Naruto games, and the brainchild of Seiji Shimoda, Asuraâ€™s Wrath was met with a mixed critical reception and low sales but quickly developed a cult following whichÂ isn’tÂ surprising considering it is a one of a kind game, the type that tend to quickly developed loyal following even if they donâ€™t light the world on fire critically or commercially. How does that game as a whole fare?

The story takes place on the world of Gaea, which is inhabited by human tribes. It starts as a demonic race known as the Gohma start attack Gaea. This is where a group of demi-gods known as the Eight Guardian Generals come in. They help defend Gaea from the Gohma attacks. One of these Guardian generals is the storyâ€™s protagonist, Asura. After starving off a Gohma attack with the help of his daughter, Mithra, Asura is summoned by the Emperor only to find him dead. He is then betrayed by the other Generals and is killed as his daughter is being kidnapped. He then finds himself in a place between life and death. He summons the strength to come back to life to take revenge on his former comrades and save Mithra. 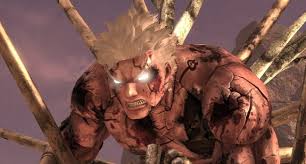 The story to Asuraâ€™s Wrath is presented in a very unique way. The way the story is told is more akin to an anime series than a game with it being split into episodes. The game also provides episode previews after each episode. I really like the more anime approach to the story telling as it is very unique from other games. This makes it a shame that the story being told isnâ€™t so great. The problem with the story is that you never get a real feel for the characters or the setting, which are conceptually interesting but come off as underdeveloped. Due to this, you never feel truly invested in the events or the characters.

I have mention in theÂ paragraphÂ above me that there is an anime feel to the game and that extends to the gameplay as well. As you play through each episode, you gain points by doing well in each part of the game. At the end of each episode, you will be graded with â€œSâ€ being the highest. You need to get an â€œSâ€ ranking in five of the episodes to get the true ending of the game. 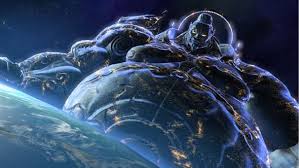 The gameplay can be divided into three categories: QTEs, on the rails shooter, and beat â€˜em up. First one to talk about is the QTEs. During cut scenes, you will get prompts on the screen to press a button or push the analog stick in a certain direction. Asuraâ€™s Wrath is more forgiving during about its QTEs than other games as failing them will only result in a reduced ranking at the end of each episode.

The next one is the on the rails shooter parts of the game. In these parts, you take control of Asura and shoot targets with light and heavy attacks as well as move to avoid enemy attacks. These on the rail sections are not particularly difficult and merely require shooting at an enemy or multiple enemies until they are defeated or another cutscene starts.

The last is the beat â€˜em up sections. In these parts, Asura has to fight and defeat enemies. There are two meter on top of the screen. The one on the top is the life meter which represents Asuraâ€™s health and the one below it is the burst meter. The burst meter is filled by defeating enemies and performing damaging attacks. You can perform light and heavy attacks. Light attacks are fast while heavy attacks are slower but give more damage to the enemies. However, heavy attacks can overheat, requiring a cool down period between uses. Once you filled the burst meter, you can use it to beat stronger enemies and start another cutscene.

Many critics have noted that the gameplay is lacking and for good reason. Due to the fact that there are three core game mechanics fighting for time to shine, they feel undercooked. This is especially noticeable with the beat â€˜em up sections of the game. The fact that filling up the burst meter is the only way to beat up tougher enemies in this game makes these sections repetitive and dull over time. Another issue is that due to the fact that you can only get the true ending if you get an â€œSâ€ ranking on five episodes or more, this means that you will have to replay past episodes if you have not already accumulated five â€œSâ€ rankings by the time you get to the end of the game. Finally, there is the issue of length. Without additional DLC, the game can be completed in 6 to 8 hours which is a bit short for a game that was originally released with a $60 price tag.

Asuraâ€™s Wrathâ€™s presentation is absolutely something to behold. The unique look of the game does a great job of impressing you with its visual style. It really gives the game the feel of an interactive anime. The way the characters are shaded and the mind-blowingly impressive spectacle that happens during the cut scenes really help give the game the look of a well-animated fighting anime. I feel like doing the visuals a disservice when the screenshots do a better job of describing it better than I ever could.

The soundtrack is very well done, fitting the tone that the game is going for with its bombastic nature. While it is more complimentary than something I would listen to, it works incredibly well with the gameâ€™s anime style. Finally, the voice acting is commendable with many talented voice actors like Liam Oâ€™Brien, Robin Atkin Downes, Kari Wahlgren, Tara Strong, and Steve Blum doing a good job even if the material they are given doesnâ€™t do them the justice they deserve. Purists will also be happy with the fact that they can play with the original Japanese voices. 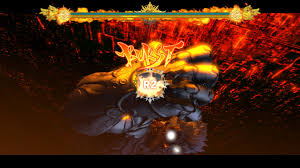 Asuraâ€™s Wrath is a game that makes me feel conflicted. On the one hand, it is very ambitious and is definitely memorable and unique. On the other hand, it is also lacking as both a game and a story. While I canâ€™t myself to like this game, I canâ€™t bring myself to dislike it either. In terms of presentation and style, it is very memorable and distinctive and because of that, it is worth a rental to someone who is tired of the shooters flooding the market and wants something different. While not worth $60, it is worth a play through.