Hey guys, enjoy this special post. It was a paper that I had to do for my Theater class, where I had to turn an episode of my favorite show into a song. I went with Dragonshy. Which I got an A on. 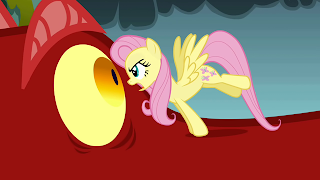 For this paper, I am taking the episode of My Little Pony: Friendship Is Magic, Dragonshy is turning it into a song. This is my favorite episode of this show and the main theme is about the character, Fluttershy having to face her fears, mainly dealing with a dragon that is engulfing her town in smoke with his snoring. She is able to stand up to the dragon, after seeing the dragon hurt her friends.

I could view this song as being a lullaby to compliment the nature of the show and that could also be used to convey a message to the young children listening to it. The most important actions that have to be conveyed are fear and then finally determination at the end, when Fluttershy finally stands up to the dragon. I could see the song start out something like â€œFluttershy was scared. Very scaredâ€. Indicating her fear and the background music should accommodate her shyness and sound soft and almost comforting. And seeing as this is a journey, the music should become stronger in sound as the song continues on. During the point, where Fluttershy sees all of her friends, on the ground after the dragon has defeated them, there should be a brief pause. And then from there, the music should build up and have a mix of sounding angry and heroic as Fluttershy scolds the dragon for what he did. And after that, it should come back down to comforting level to end the song.

There is only one thing that I truly think that needs to be cut out is that in the episode, there is another Pegasus that knows Fluttershy and knows her fear and is exasperated by the fact that the Fluttershy is so easily scared. The biggest reason, I would cut this out is because I feel this song should focus more on Fluttershyâ€™s struggles and fears. And eventually overcoming them because even though, the episode showed how the other characters felt about Fluttershyâ€™s fear. I think more could be gained from going into Fluttershyâ€™s mind and seeing how she deals with the fear and triumph of overcoming her fear in the end.
This is the best way to adapt this episode into a song, just keep it really simple. And it have it be about Fluttershy overcoming her fears. 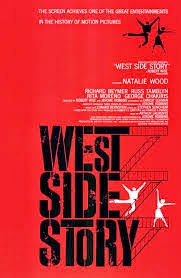