With gas prices rising, automotive companies are devoloping hybrids, diesels, and small cars that get good fuel economy. Smart GmbH, founded in 1994 as part of Mercedes-Benz and Daimler Ag, devolops small cars that sacrifice performance for fuel economy. The Smart ForTwo is two seat car that comes in a coupe and a cabriolet model. The ForTwo is slow, sluggish. The Smart ForTwo is only good for a commuter car since it is small and fuel efficient. When I travel between Houston and San Antonio or Houston and Dallas, I rarely see these cars on the highway.

The Smart ForTwo can be seen everywhere on the streets. At the December 2010 edition of Houston Cars and Coffee, an elderly woman parked one between two supercars. The Smart ForTwo does not belong at an event when Ferraris and Lamborghinis are present. It is also not a concours car because it is common sight on city roads. I think that it looks weird with a short wheelbase (73.5 inches) and its height (5.1 ft) is the same as its width (5.1 ft). It is not practical for what I need, a vehicle that can haul my items from Houston to San Antonio and vice versa. Â

Powering the Smart ForTwo is a 1.0L I3 that produces 71 hp and 68 lb-ft of torque, both which are quite low. It goes from 0-60 mph in 12.8 seconds (ideal time would be anything under 8.0 seconds) and has a top speed of 90 mph, which is quite slow. Â It is slower than a Chevy Volt, Honda Insight, and Toyota Prius. The ForTwo gets 33 mpg city/41 mpg highway. It is not a car for the highways. It is tall and has a short wheelbase, making the car have bad understeer issues.

This car has been featured in no racing games. It is drivable in Crackdown and Wheelman. Â It has been featured on Motorweek and Jay Leno’s Garage. Top Gear awarded the Smart ForTwo as its 2004 comedy handling car. The Stig could not drive it around Hammerhead.

Final Thoughts: It is slow, sluggish, an eye sore, small, horrible when cornering, uncool, and would be totaled in a car accident. Any vehicle that takes over 10 seconds to get from 0 to 60 mph should be kept of the highways. It is too slow for passing and drivers need to be extra careful when changing lanes. Any car with similar dimensions to the ForTwo would have problems withÂ handling. I am sick and tired of car companies sacrificing performance for MPG when MPG depends on driving habits and driving conditions. This car SUCKS. Avoid at all costs.

Here is a video of a Smart ForTwo crashing at 70 mph (http://www.youtube.com/watch?v=XtOIfW2K2Hk). I do not own the video. I would not call this car safe.

Photo taken from Autoblog Green. It is not worthy of being taken by my cameras. 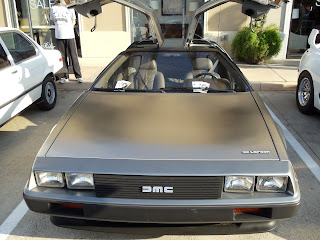