Hey everybody!!! It’s backlog time!!!! To start off we will take a look at my first blog entry where I accidentally ended up ripping off Moviefan12!!! Oh boy…

This is my first blog, so please forgive me if the editing is a bit off.

When it comes to Disney villains, there tends to be a lackey who takes care of the more mundane tasks that the villain could not do himself. These lesser villains tend to be forgotten in the shadow of the films more interesting main villain. Now lets shed some light on the villains we don’t care about.

#6. Flotsam and Jetsam from the little mermaid.’ 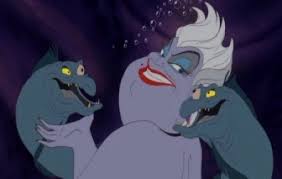 Being some of the most intelligent Henchman out there. They pose a real threat to the hero…a singing mermaid. OK maybe its not the best example but Im sure they would do well against someone as powerful as ursula, Oh wait. Another unusual trait these bad boys have is the actual love of there master. They never failed a job they were given and that easily earns them a spot on this list.

#5 LeFou from beauty and the beast. 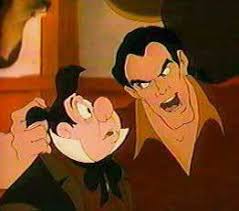 Well never clearly stated as a henchmen, you can just tell that Gaston’s got him under his thumb. I think this guy is a bit to much of a fan boy for his own good. He even has to start Gaston’s first villain song for him! I swear these to would share a bed if Lefou had his way. But needless to say he was still a very enjoyable henchmen. 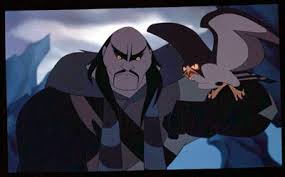 Before i begin, does anyone else think its insane that Shan-yu was the only non-sexist in the entire film?

Hayabusa makes this list simply because he actively takes part in his masters plan without any orders whatsoever attempting to stop mulan from lighting the rocket and later serving as a watchbird. Oh and he used to scare the shit out of me to , i suppose that helped.

#3 Shenzi, Banzai, And Ed from the lion king. 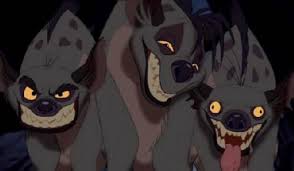 I dont understand why these guys are considered stupid. I mean yes there stupid and they constantly fail at there orders. but that’s the point whenever they fail, its usually do to an insane amount of bad luck and not merely there ineptitude. I dont even consider these guys villains. I mean they were banished from the pride lands for no given reason, so i’m just going to assume there is none, to a place that has next to no resources. So yeah when scar comes up to them and says, “Hey guys want a decent living arrangement and revenge on the guy who put you here?” So yeah Scars a good guy, Mufasas a douche-bag, and the whole worlds just fucked. 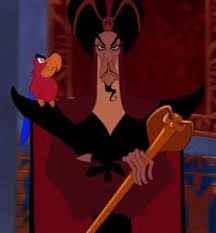 What really seals the deal for me is that hes actually more competent then the main villain…no more that’s it.

And the number 1 Diisney villain Henchmen is… 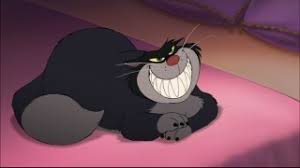 All right this guys intelligent, crafty, a threat(to the mice anyways), and evil. That’s all well and good but what might surprise you is the deal sealer for this guy was in the crappy 3rd film. In the scene where he’s chasing the mice who have just stolen the fairy godmothers wand back, they turn him into a jack-in-the-box. Instead of crying like any normal creature would, Hes just like eh roll with it, and uses his new Jack-in-the-box superpowers to be speed demon of (admittedly) terror.

Those are my top 6 Disney villain henchmen. Not top 11 I repeat not Top 11.