The JRPG genre has been in hot water for at least half a decade. Many have accused the genre of being stale and behind the times of the design theory. Back during the 32/64-bit era, the genre was considered a revelation in the video game medium with many proclaiming it the genre that proved that video games were capable of telling compelling stories with memorable characters. However, starting in the mid-2000s, Western developers started to take over the video game industry. This is where critics and gamers started to decry the fall of Japanese game developers and by extension, the genre of the JRPG.

Despite the efforts of developers to attempt to rejuvenate the JRPG genre, they were by all accounts, unsuccessful. The most infamous attempt at reinventing the JRPG is Final Fantasy XIII. When released, it got generally positive reviews from the critics. However, gamers were not so kind. Many complained of the relenting linearity, weak storytelling and characterization, and by many accounts, the gameâ€™s attempts to streamline the genre down to just the story and battle system backfired immensely. While the game did end up selling millions of copies as expected for a numbered installment of the immensely popular series, the game left a severely bitter taste in many fansâ€™ mouths. As much as I would like to bash on Final Fantasy XIII, this is not the topic of todayâ€™s review. 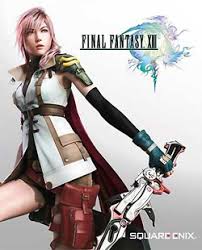 It is well known that a lot of the talent that made Squareâ€™s games good left the developer one by one. One of these guys is a man named Tetsuya Takahashi, the mastermind behind the cult classic, Xenogears. Takahashi planned it to be part of a six part series of games with Xenogears being the fifth game chronologically. After a troubled production that resulted in the game being released in an â€œunfinishedâ€ state, Takahashi left Square to start his own studio, Monolith Soft, to start over on the six part series. The result is the Xenosaga trilogy, which was cut down from its projected six games to a mere three due to another troubled production history.

After Monolith Soft where bought by Nintendo, Takahashi and his studio decided to make a game on the Nintendo Wii. By Takahashiâ€™s own words, this game would be more gameplay focused that his previous projects. He also stated the game would have a massive world to explore with the world being the size of a Japanese archipelago. When the game was released in Japan in 2010, the game didnâ€™t set the world on fire sales-wise but was universally praised by critics and gamers. It would also be released in Europe the next year by Nintendo of Europe. However, American gamers worried that they would miss out. This resulted in the creation of Operation Rainfall, which was a group of gamers that wanted to convince Nintendo of America to bring the game, as well as two other, to North America. The game finally was released in North America on April of 2012 as a GameStop exclusive to universal praise from both reviewers and gamers alike as the savior of the JRPG genre. It is the game known as Xenoblade Chronicles. 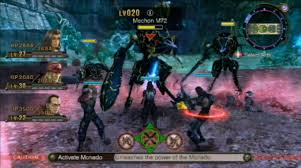 Now, the question here is not â€œIs Xenoblade Chronicles any good?â€ but â€œWhy is Xenoblade Chronicles so good?â€ I will try my best to answer that question and fail miserably but it is worth a shot anyway. It will be hard to know where to start with this game so I should probably start with what many consider to be the most important part of a JRPG: the story.There exist two giants known as Bionis and Mechonis. After the two oddly named giants fought a seemingly endless battle, they suddenly became lifeless with both titans starting to sustain life with the Bionis being the home of the Homs, the Nopon, and the High Entia while Mechonis is home to a robotic race known as Mechon. After a group of Mechon attack their home, Colony 9, resulting in the deaths of many, including their childhood friend, Shulk and his friend Reyn leave to have avenge the lives lost in the attack with the help of the only weapon that can hurt Mechon, known as the Monado, which also has the ability to let the wielder see into the future. They encounter other people who join on their quest for one reason or another as they continue their journey and discover that things are not quite what they seem.
Â
Â  Â  Â  Â  Â  Â  Â  Â  Â  Â  Â  Â  Â  Â  Â  Â  Â  Â  Â  Â  Â  Â 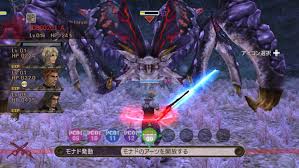 As you can tell by the confusing sounding plot summary and use of odd terminology and character names, we are in firm JRPG territory. Despite this, the story is surprisingly involving thanks to its unique setting, memorable and likeable characters, and sense of mystery that makes you want to know whatâ€™s going to happen next. While the story does have its far-fetched moments, the well written script manages to keep the story grounded, at least by JRPG standards. 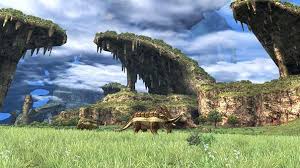 One is these elements is the large world you travel through. Unlike the relenting linearity of games like Final Fantasy XIII, Xenoblade Chronicles lets you travel anywhere you want at anytime with the exception of certain plot events in the game. While the backtracking had the potential to be repetitive and tedious, the use of landmarks prevents this as these will allow you to fast travel to locations you have already visited.

Another is the ability to save anywhere in the game. While most JRPGs only let you save at save points, Xenoblade lets you save whenever you want for the most part. This prevents frustrations from having to load the last save when you get a Game Over.

However, there is no Game Over in the game. When your active party dies in the game, you will merely start back near where your party was defeated. This really helps prevent most potential frustration that would have resulted otherwise. 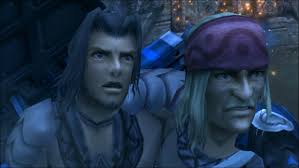 Another element of the game that helps prevent tedium is the ability to wind the clock to any time. While there is a day and night cycle in the game, this helps the player be able to find an NPC that is only available at certain times more easier and convenient than in other games in the genre.

There are a ton of side quests to partake in the game. These side quests allow the player to change the perception of a NPC and open up additional story sequences. These give you a good incentive to deviate from the main path of the game.

This brings us to the affinity system, which shows how all of the party members feel about one another, ranging from indifference to high friendship/love. Affinity between party members can be increased by participating in battle together, giving other party members gifts, and with the Heart to Heart system. 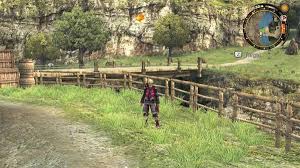 Heart to Hearts are intimate moments between party members that can be activated when the two party members are in the active party and reached an active level of affinity for each other. These moments help further develop the characters and their relationships with each other. These heart to hearts are marked on the map and are in certain locations in specific areas.

There is also the ability to customize all of the party members. This consists of being able to equip different types of clothing and weapons that affect the stats of the characters. The changes can be seen in combat, in exploration, and most importantly, in the gameâ€™s numerous cut scenes. This type of attention to detail does a great job of immersing you into the gameâ€™s world.

This leads us to gem crafting. Just a few hours into the game, you will gain the ability to craft gems using a device located in Colony 9. These gems are used on weapons and equipment to increase their stats. The gems are made from materials found when defeating enemies in combat. The success of crafting gems depends of the relationship between the two characters you paired up with the crafting of the gems as well as that characterâ€™s strengths and weaknesses in crafting gems. 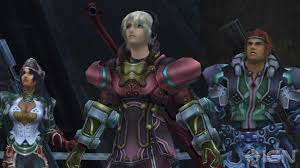 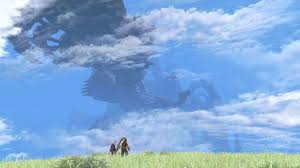 The game does have minor flaws but they are easy to forgive due to all of the things it gets right. One is that there will be the occasional grinding for experience points. This is alleviated by the fact that in addition to gain XP in combat, you will also gain some by discovering landmark and locations as well as completing quests. There is also the fact that equipping your party members can be time confusing and a bit tedious but it is just a minor paper cut in an otherwise excellent game.

Graphically, the game does suffer a tad from being on the technically inferior Nintendo Wii. This is most apparent in the character models which could be done on a Playstation 2. However, the environments are very impressive in scale and size and the distinct art design does make up for what the game is lacking in technical aspects. While it would have no doubt would have looked better on the Playstation 3 or Xbox 360, it is still a very respectable looking game overall considering the platform.

The soundtrack in the game is excellent. With many memorable tunes as well as some great atmospheric pieces, there is no doubt that there is immense talent involved with the gameâ€™s score with the likes of ACE+, Youko Shimomura, Manami Kiyota, and Yasunori Mitsuda all making at least one good contribution to the superb soundtrack.

For the voice acting, the localization was done by Nintendoâ€™s European branch instead of the American branch. The result is the VAâ€™s are both very British and completely comprised of unknowns. While this could have easily resulted in a terrible dub, it thankfully doesnâ€™t. Despite the use of unknowns, the voice acting is very refreshing thanks to hearing different voices than from other JRPGs as well as the fantastic work that they all put together. They manage to read and act the dialogue with conviction and emotion without suffering from the overacting that many other JRPGs suffer from, even if the characters do end up sounding like aristocrats. Purists will be happy to know that there is the option to play the game with the original Japanese voices. 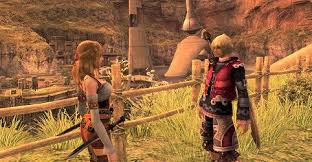 All in all, Xenoblade Chronicles proves to be a mind-blowingly impressive effort from a talented and dedicated team who clearly showed nothing but passion for the project. The game also proves that the JRPG genre can still provide the same great experiences that past classics of the genre have given gamers. While I canâ€™t promise that you will love it as much as I do, I still think that the game is worth checking out for those even have a casual liking of the genre of JRPGs.