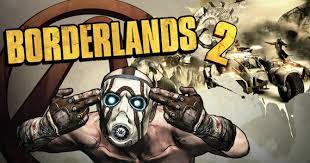 Borderlands 2 is the sequel to the 2009 sleeper hit Borderlands. It was a open world first person shooter than had a heavy emphasis on the character building aspects commonly found in role playing games. It sold better than expected and got positive reviews from critics who praised the gameplay and cel-shaded graphics. A sequel was inevitable considering the critical and commercial success of the game. I will admit that I have never played the first Borderlands as I just never got around to playing it. I didnâ€™t even consider playing the sequel until I heard very positive things about the game which made me decide to give this game a shot. How does the game fare, especially to someone who has not played the first game?

Taking place five years after the first game, a valuable mineral known as Eridium started flourishing on the planet, Pandora after four Vault Hunters defeat an alien being known as the Destroyer. A member of the Hyperion Corporation named Handsome Jack took advantage of this mineral to take over the company. Handsome Jack becomes a dictatorship on Pandora from his â€œHâ€ shaped satellite. Meanwhile, a new group of Vault Hunters are drawn to Pandora by rumors of a huge Vault spread across the universe. 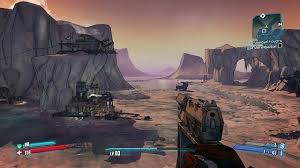 Delving any further into the story would consist of spoilers. Even as someone who never played the first Borderlands, I am well aware that the story of the first game was considered to be just there to give context to the FPS/RPG gameplay. I mentioned this because this is not the case with Borderlands 2. The story in this game is surprisingly well written and engaging with many memorable characters like the robot Claptrap, to Vault Hunters Lilith and Mordecai, to the mysterious A.I. Angel. However, the character that steals the show here is the villain, Handsome Jack. Despite the fact that you only hear him over radio chatter for the majority of the game, the story does a great job of making you feel the impact he has on the world. He is easily among the best villains in any game in recent memory.

In the game, you get the choice to play four playable characters such as the gunzerker, Salvador; the siren, Maya; the commando, Axton; and the assassin, Zer0. While there are some light customization options, they are pretty limited and mainly consist of the coloring of the character. Each playable character has their own unique special skill and each have their proficiencies in certain weapons. 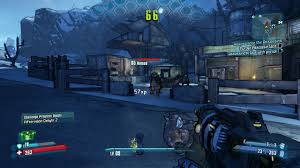 In the game, you take quests from NPCs and bounty boards. The completion of those quests will net you experience, money, and items. Players gain experience when defeating enemies and completing special in-game challenges like getting a certain number of kills with a specific weapon. As they level up, they will gain skills points to distribute in a skill tree that is divided into three different specializations for the base character.

There is also the loot system, which causes the weapons dropped by enemies, found in chests, and earned as quest items, to have several statistics that are generated randomly. This effects a weaponâ€™s magazine size, accuracy, damage, and in some cases, elemental damage. There is a huge variation in weapons in the game due to this element. 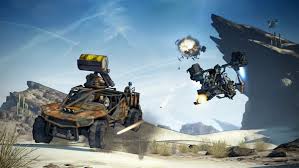 While the game can be played alone, the game is the most fun when played with other players either in split-screen mode or online. Certain missions, especially later on in the game are definitely easier when done with a group using teamwork. This can lead to problems as you are not guaranteed to have other players join your game which means that continuing the mission will necessitate the need to join another playerâ€™s game. This is not as big a problem as I make it sound as it does encourage players to play with in groups. This is good as completing a quest as a team can be more satisfying than finishing it on your own. You can also trade and duel with other players when playing online. When playing with other players, when your character loses health, other players can revive you. When playing alone, the only way to revive your self is to kill an enemy within a certain time or you will die and be sent back to a checkpoint and lose a small portion of your money. Expect this to happen quite a bit, especially when playing by yourself.

You will also occasionally come across Eridium either dropped by enemies or found in lockers or chests. You can spend these at the black market to upgrade how much ammo and grenades you can carry at once. However, the use of Eridium as a currency does feel a tad underutilized as you only really need to do said upgrades. It would have been need if Eridium had more use in the game.

Borderlands 2 may not be as technically impressive as games like Uncharted 3 or Final Fantasy XIII but it still impresses with the gameâ€™s cel-shaded art style and impressively large environments that have immense scale. While there is the occasional framerate drop when the game gets very chaotic, it manages to run quite smoothly for the most part.

The soundtrack works to compliment the game and manages to give it a space-western feel to the game. While it is not the type of soundtrack you will listen to or hum after you finish playing thegame, it manages to fit the tone of the game. The voice acting is very solid with not one sour beat in the cast, managing to deliver there lines with conviction, whether it was during a dramatic or comedic moment. The sound effects, while nothing to write home about, are still very competent and manages to bring life to sound made in the game, especially when you shoot your guns or do a melee attack. 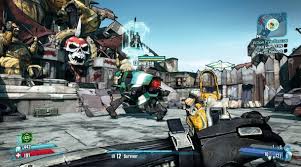 Overall, Borderlands 2 is a must-play, whether or nor you played the first game, as I can attest to. The gameplay, especially when playing with other players, is an absolute blast and the story is engaging and well written with memorable characters and one of the best video game villains in recent years. While not perfect, the game definitely deserved all the praise it has gotten and you own it to yourself to grab a copy of game and have fun playing with others. 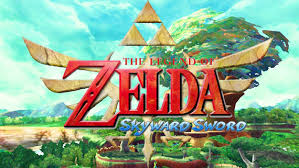 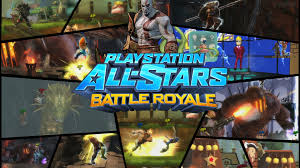