The Magic of Storybrooke: Top 5 Gripes With Once Upon A Time In Wonderland

Please do keep in mind that this was written during the early half of the series and the show did get a little better.Â  I’m posting this because I plan to do a countdown of things I liked about Once Upon A Time In Wonderland and Oncers,Â  this is crucial viewing as The Knave from OUAT In Wonderland is joining Once: Proper. 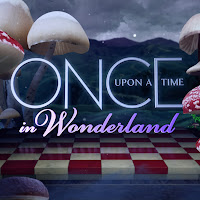 Okay, Â this one is minor but I CANNOT stand The Red Queen’s Castle. Â The whole chess design, while it makes sense in terms of Wonderland is the biggest eyesore of the entire show. Â I won’t say that it’s out of place but it is just so ugly. Â It’s not the worst part of the show but I just can’t stand looking at it.
4. Â  Wonderland Looks Fake At Times 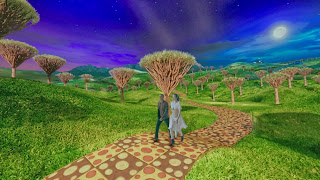 There are certain shots in this show such as this one from the first episode, where Wonderland looks fake. Â  Now, I understand that the show relies on green screen and CGI. Â So, does Once Upon A Time and while Once proper has bad CGI and green screen effects, Â I never truly noticed and when they are in locations such as The Enchanted Forest or Neverland, Â I truly buy that the characters are in those respective lands but with Wonderland, Â I can’t buy into this world because of how fake, it looks.
3. Â The White Rabbit Â Disappeared After The Pilot

Okay, Â this one bugs me quite a bit as before the show aired, Â The White Rabbit was heavily promoted as a lead supporting character but he’s barely in the show after the pilot. Â  Oh, sure we’ve seen him but after learning that he is working for The Red Queen, Â  Alice and The Knave (our two leads) have rightfully kept their distance from him but he wasn’t even in the last episode at all. Â I mean, you could’ve kept Rabbit secretly working for The Queen and not reveal so early in the series because, Â I honestly feel that so much could’ve been done with this character and I mean, they got John Lithgow to voice The White Rabbit and you’ve barely used him. Â  Seriously.
2. They Try Too Hard To Make Alice Seem Like A Badass 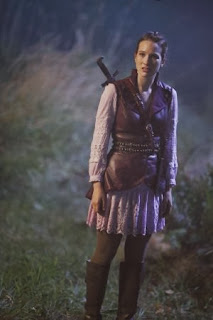 It really seems like they want Alice here to be the next Emma Swan but they are trying way too hard to make her a bad ass heroine, while forgetting to make likable and relatable. Â  It seems like when they decided to give Alice, a sword, they forgot to give her a likable personality. Â I mean, her threatening everyone in her path is a little annoying. Â I mean in the last episode, she easily had one of the worst moments, where she threatened everyone while trying to save The Knave from being beheaded and she decided to just tell people that she had a sword. Â That was annoying. Â Look, Emma Â is tough and bad ass and likable but it never felt forced unlike with Alice. Â Don’t get me wrong, I like Alice but comparing both shows’ lead female characters, Â Emma blows Alice out of the water.
1. Â The Red Queen 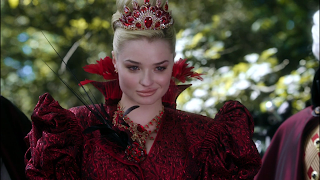 The Red Queen is easily one of the worst OUAT villains, we’ve had up there with the likes of Greg and Tamara from last season. Â She’s not as wooden as those two boxes but The Red Queen, while she has an interesting Â back story to her with being from The Enchanted Forest and being The Knave’s former lover is interesting and everything but the thing that truly drags her down is the actress playing her. Emma Rigby is not a bad actress but when we see her interaction with other characters, mostly Naven Andrews as Jafar, Â Andrews acts circles around Rigby. 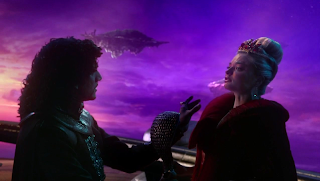 And I mean, when I saw Jafar doing this to The Red Queen, Â I wanted him to go through with his Vader choke hold and kill her because even though, she does have a purpose, it is clear that Jafar is the much more interesting villain and honestly, Â he only needs The Queen because he doesn’t know Wonderland. And in that sense, it feels like these two are not on equal footing. Â  Â We’ve seen The Red Queen stand up to Jafar but it seemed less like someone in power standing up to their equal and rather a child defying a parent. Â  This is just annoying.
This show does have it’s fair share of issues but again, I like it. Â  I mean, there are things I like it about the show such as The Knave of Hearts, Â Naveen Andrews as Jafar and it was awesome to hear Keith David as The Cheshire Cat in the first episode. Â He was just creepy. 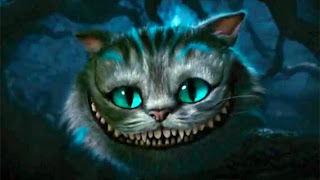 If you like Once Upon A Time, Â I’d say check this show but unlike OUAT, Â it’s not a must watch. Peace!