A Look at The Magic of Disney In Storybrooke: My Thoughts on Elsa Coming To Once Upon A Time 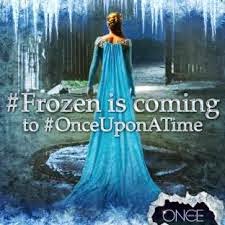 Hello & welcome to the first A Look at Disney/Magic of Storybrooke article. I know that I haven’t finished reviewing season 3 but after watching the season finale, which I thought was just okay until….

OH MY GOSH!!!! Elsa is coming to Once Upon A Time. Hee!!!! When I saw this, it was about 11:30 at night and I thought I was dreaming and I was thinking “No, they’re not. No, they aren’t! They are, they did”. This was just so cool, I mean we’d been hearing hints all season that the show creators, Adam Horowitz and Edward Kitsis had wanted to bring Frozen to the show because they loved the movie and wanted to bring the sisters into the show. I mean, there have been rumors circulating that Kristen Bell will appear in season 4 as Anna and seeing Elsa does lend some credence to that theory. That would be so cool, because that would be the first time, a voice actor ever played her princess on Once. Back to Elsa, some people were wondering if this really was Elsa, and not just The Snow Queen. Meaning, that fans are wondering, they are going to base this character on Disney’s Elsa or on Hans Christian Anderson’s Snow Queen. Adam and Eddy confirmed in this interview that it is Elsa.

Which that just makes me wonder, what they are going to do with her. The set up of the final moments made it seem as though, that Elsa is going to be the villain of at least the first half of season 4 and it seems like she may have crossed paths with Rumpelstiltskin as she was trapped in an urn that was kept in his castle that was back to present day Storybrooke by Emma Swan from The Enchanted Forest of the past. Though I do wonder, if they make a villain, how people will react to that? Because Elsa is currently ranked as Disney’s most popular and most profitable princess. I don’t think fan reaction to an evil Elsa will be overwhelmingly positive. Then again, Once has taken characters that are traditionally heroes and made them villains and vice versa. The biggest example of this is the main villain of season 3A was Peter Pan. 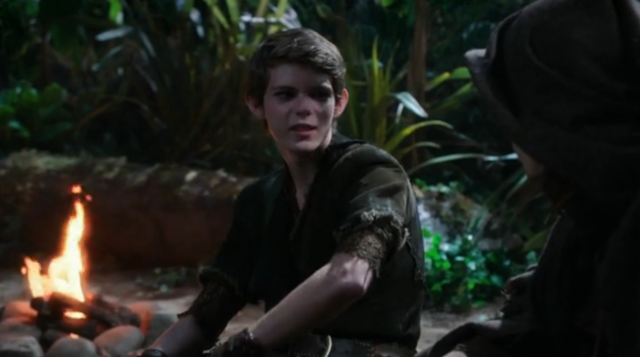 The show was able to make the idea of an evil Pan work exceedingly well but I don’t know, I think the issue with Elsa being a villain is that she is still so fresh in people’s minds that they may go that’s not Elsa. And yes, Once has changed the characters up and do not always follow their Disney counterparts. SEE MY COMPLAINTS ABOUT RAPUNZEL regarding that but just look at the outfit, the actress is wearing. That’s Elsa’s “Let It Go” dress. 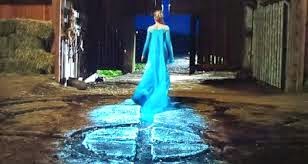 People associate that outfit with Elsa. So, people are going to expect Elsa and the creators are walking a fine line because they are going to bring in Frozen fans that may not be Once Upon A Time fans and if the Frozen fans don’t like what Once does to Elsa, they’ll complain about it. They put themselves on such a tightrope here but it makes cents sense. Frozen is Disney’s biggest blockbuster and of course, they are going to milk this cow for all it’s worth. It’s surpassed The Lion King. Let me put it this way, if Once Upon A Time were on, when The Lion was at it’s peak of popularity, they would’ve worked Simba and Scar into the show, somehow. I don’t know how but I’m pretty sure that they would have. I mean, they found a way to work Lumiere into an episode, this past season. So, almost anything is possible in Storybrooke. Going back to Elsa, I didn’t expect this because while I knew the creators wanted to bring Frozen into the show, I was thinking maybe not until season 5 but then again, this does kinda make sense or cents as I put it previously. Because Frozen is a money-maker and Disney will find anyway to make money off of one of their most successful films. This brings me to another point, Once usually likes to explain how their characters came to be who they are. Specifically with their villains. A saying that is oft quoted to sum the OUAT villains is.

Why do I bring this up? Well, I fear that in the next season, they may explain how Elsa got her ice powers. And that’s something I don’t want to or for that matter, feel I need to know. She just has them. 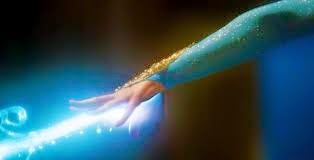 An example of this is that in the second half of season 3, The Wicked Witch of The West from Oz was the main villain and her origin episode explained how she became green. It was basically because she was green with envy and jealous over her estranged sister, (The Evil Queen from Snow White) getting everything, she thought she deserved. 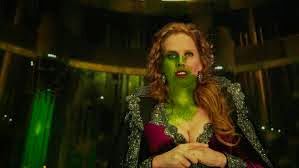 That really wasn’t needed in my opinion but it doesn’t take away from Zelena being a good Wicked Witch (my opinion has since changed). The last thing, I wonder is that in the promo for the season 3 finale, the announcer said to stay tuned to see where we are going next. Which I have to wonder is Once going to Arendelle? (They are). 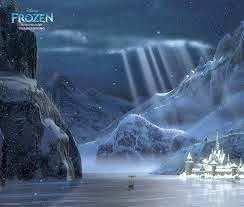 And if so, will it only be in flashbacks a la Oz, this past season or will we get a glimpse of present day Arendelle and is it’s own world or it is part of The Enchanted Forest in the same vein as The Sherwood Forest. That is my thinking that Arendelle won’t be it’s own world. I am curious to find out. I admit that I am cautiously optimistic about Elsa appearing on Once, next season. I don’t think they’ll mess her over too badly and if they do, I’ll just Let It Go.