Jul 25, 2014
What is it about little kids on sitcoms that we love so much? Is it because theyâ€™re so cute? Is it because they canâ€™t really act so itâ€™s adorable to watch them try? Whatever it is, little kids and sitcoms go back along way. From Rudy to the Cosby Show all the way back to Opie in The AndyGriffith Show. These cute little kids keep us watching, until they get too old and are no longer cute any more. Sometimes we are left with an actor stillworth watching, and other times not so much. Take Whoâ€™s The Boss? where Alyssa Milano got better as she aged, while Danny Pintauro got duller and duller.

Now I am getting way off subject. Today I want to pair offtwo of the cutest kids from the 80â€™s, who both had hit shows on different networks. 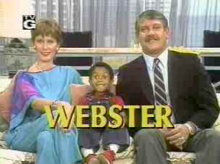 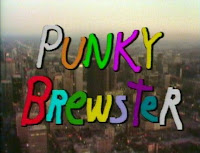 Webster was smart and bright, and had the cutest smile.Punky was an inspiration with her positive attitude and take chargepersonality. But which show was actually better ? Before we begin, I havealready discussed the trials of Websterâ€™s behind the scene struggles. Today Iam focusing on the product which hit the air not the background strife. 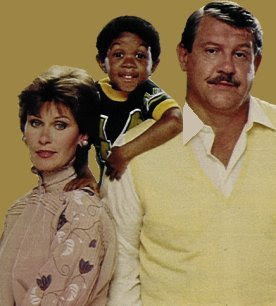 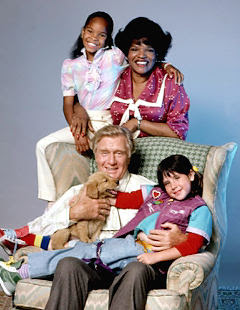 
These kids were adorable, and that is what made thempopular. Of course they would grow out of that, but we will discuss that later.Webster Long ended up living with the Papadopolis’s after his parents werekilled. It is eventually revealed that George was the kids godfather. Penelope”Punky” Brewster was abandoned by her mother in a supermarket parking lot (ouch, almost not sure which is worst). She took refuge in a building HenryWarnimont owned, and when he discovered her he took her in. Webster and Punky were both upbeat and smart. Webster really knew how to touch someone, take the first episode when we find out the reason why he called Katherine ma’am.Because it sounds like “mom”. Awwww. Â Punky was very upbeat and positive, always looking on the bright side of things. She was always there, even for Henry whenhe had medical problems or an addiction to sleeping pills. As the shows gotolder so did Punky and Webster. I have to say, Punky was still interesting while Webster kind of got dull. I suppose itâ€™s no surprise Soleil Moon Frye isstill acting while Emmanuel Lewis is nowhere to be seen. I think I have to givethe award to the one who was still watchable even after the cuteness faded.That would be Punky.
WINNER-PUNKY

One thing these two parental units have in common is that they are accidental parents. Neither Henry or George and Katharine ever intended to have kids. In fact that was the conflict in Websterâ€™s first episode;Katharine had no idea how to be a mother. Henry was a confirmed bachelor in his60â€™s who had gotten comfortable with his solitary lifestyle. However neither could resist the adorable kids that fate had dropped in their laps. One of the moralâ€™s for both these shows is that sometimes you donâ€™t realize what youâ€™re missing until you suddenly get it, and wonder how you ever lived without it. Sowho were the stronger parents? Henry was lovable guy and could certainly bestrict when he had to be. But sometimes that gruff exterior got a littleannoying. George and Susan felt like traditional parents. Henry did have aheart of gold to match George, but I think the deciding factor has to beKatherine. Susan Clark was one heck of an actress and she really brought adepth to the character. When her mother died in one episode you really felt forKatharine, and could almost understand what she was going through. So for being stronger characters I will give the award to Websterâ€™s folks.
WINNER=WEBSTER

CATEGORY 3-
SUPPORTING 1-The Kids
Of course what show would be complete without a strongsupporting cast? And, to be fair, there really isnâ€™t a competition here.Webster had friends come and go but none that really had lasting impact. Punky had Cherie, Margot, and Allan who we got to know just as well as Punky. Cheriewas the best friend, Margot the stuck up bitch, and Alan the goofy nerd. This is one show where making a cartoon spin off made sense, but did they have to put Glomer in there? True as Webster go on the show added more kids but it wasnâ€™tthe same. Punky was one show that knew how to use its kids to the fullest. And if Brandon counts, then there really is no contest!

This one is a little bit tougher. Punky Brewster had Cheriâ€™s grandmother as the regular supporting cast member. Did anyone on this show have living parents who liked their kids? Anyway, Betty actually served many roles.She was the surrogate mother figure, understanding grandma, and of course the voice of reason when Henry was going off a bit. For one season Mike was Punkyâ€™s teacher, and he was a pretty good addition to the cast. Andâ€¦thatâ€™s about it.What Punky did well with the kids it did not do with the adults. On Webster we had Jerry, Katharineâ€™s male secretary. When they moved into the house we metBill and Cassie who were cool characters, they rented their house and lived inthe basement. Ben Vereen also appeared many times as Websterâ€™s uncle. In fact one thing I credit Webster for was introducing me to Ben Vereen. Finally we had the lovable grandfather who stuck around for a couple of seasons.Â  So, this is also easy.
WINNER-WEBSTER

â€œAnd Then Came Youâ€ is a very nice song and itâ€™s a good way to explain the series too. But it canâ€™t compare to â€œEvery time I Turn Aroundâ€. Punky Brewster got your attention immediately with that opening, and thatâ€™s precisely what a good theme song is supposed to do.

These shows could be so cute with Punky and Webster spouting off one liners while mugging for the camera. But you know, they did some heavy stuff too! I still remember the episode where Katherine announces she is pregnant, only to lose the baby. What an emotional episode! Webster blames himself because he didnâ€™t want the baby and Katherine is a basket case. The resolution is so touching, just a beautiful moment in a very strong episode.Punky did an episode which was actually a contest winner. The episode had Cherie get locked in a refrigerator, and Punky has to literally save her lifeby giving her CPR. What makes these episodes remarkable are the topics, howmany shows do episodes on CPR and miscarriage’s? They also both had spooky episodes that adults today still remember (well, I do anyway). For Punky it was the “Perils of Punky” episode with the cave. I ain’t reliving that one, check out my article on sitcom episodes that scared me for more info.Webster had an episode where he moved to a new house, and had to deal with a scary doll. Both of these episodes were nightmare fuel. So the question is whichseries told their stories better? Punky Brewster handled serious stuff to, likethe episode where Brandon is literally hit by a car! The scene where Punky has to say goodbye to her friend is so sad! Thankfully he ended up recovering. How about the episode about the Challenger disaster? We also had an episode where Punky was worried about a serial killer, helped a kid who had been kidnapped byher father, and had to say no to drugs. Webster had an episode where he had tocome to grips with the fact his parents were never coming back, and in another he literally burns his apartment down playing with a chemistry set! Â Of course there were similar stories, bothshows had an episode about a lady who they believe is a witch, turns out she is just a lonely old lady. So these shows handled serious topics well, but what about the lighter stuff? Â Punky knew howto be silly and not work so hard to be relevant all the time. Maybe because Punky was intentionally targeted to kids. But sometimes the episodes were a littletoo irrelevant. I mean the first couple episodes were split into two stories,which I still find remarkable. They also had more dream episodes, which werecute at first but got kind of annoying. Webster did have one to many clip shows but that is more tolerable. And I think in the end Punky was hurt more than Webster as age started to catch up to the stars. So for tellingbetter stories more of the time, I give the award to Webster.
WINNER=WEBSTER

It would be easy to say these shows jumped the shark when Punky and Webster stopped being too old to be cute anymore. But the shows kept going, especially Webster which outlasted Punky. Actually there is one other thing these shows have in common. They were both cancelled by their respective networks only to be brought back in first run syndication for a few years. Thefinal episodes for both series were nothing special, except Websterâ€™s final episode had him imagining he was on Star Trek TNG, and even featured Michael Dorn! I would kill to see that! Punky Brewster was 100% from a childâ€™s point of view,just check out the first Christmas episode for evidence of that. Webster was amore traditional sitcom and had adult stories, which I think is what hurt it inthe end. It was just another show about a cute kid, where Punky was literally akids show, even featuring pictures kids sent in during the commercial breaks! So which show wins? I think it has to be the one that has stood the test of time.Letâ€™s be honest, Webster has really faded into the background. I still remember the ABC 50th Anniversary and poor Susan Clark and Alex Karras just sitting there like they werenâ€™t even supposed to be there. Punky had more appeal since it was designed for kids, it knew who its demographic was and went full force and I think thatâ€™s why people still remember it today. The real crime of course is that TV doesnâ€™t have shows like this anymore. That really sucks.
WINNER- 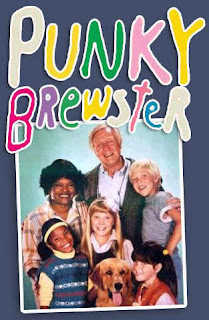 Dedicated to Alex Karras who passed away recently. His legacy may be as a football player, but he will always be Websterâ€™s godfather to me

Jul 6, 2022 Kumari Ankita
The Last of the Americans