So letâ€™s talk about something I have only hinted at in otherarticles. That is the breakout character! A breakout characters is simply acharacter created for a TV show that is intended to only have a marginal role,at best. But something about the character catches the audienceâ€™s attention,and suddenly they are a major part of the show if not the show.

These go all the way back to The Andy Griffith Show when DonKnottâ€™s Barney Fife took off. Another example, in The Drew Carey Show Mimi wasonly supposed to appear in the pilot. But she became a popular regular. In factI never watched the show, but know who she is thatâ€™s how popular she got! Â In fact, thatâ€™s what it takes to be a successfulbreakthrough character, be so popular that even people who never watched theshow know who you are.

I decided rather than just list them all which you can find easilyelsewhere; I would share my top favorites. So here are my top 10 favorite breakthroughcharacters. When Klinger first appeared it was supposed to be a one-time only deal. But the producers liked him and kept him around. Soon he became afan favorite as well, and even I admit I find his antics amusing, Of coursewhat the character is best remembered for is trying to convince everyone he wascrazy by wearing dresses and other womenâ€™s clothing. Jamie Farr created one ofthe best characters in the show who was never supposed to be in that show.

The 80â€™s gave us this Marla Gibbs vehicle and to be honestit was a small show that probably would have been forgotten. Except JackeeHarryâ€™s character of Sondra just took off. She was a bit promiscuisus and wasan instant hit. Sondra even earned a spin-off but it never got past the pilot.The ironic thing is that Marla Gibbs starred in this show, and she herself wasa breakthrough character when she played the acid tongued Florence in The Jeffersons. 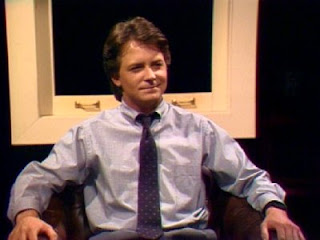 When Family Ties premiered it was supposed to be about the parents.However, Michael J. Fox won fans over with his charm playing the pompous Alex. In fact the show started to become all about Alex, until wiser heads prevailed and kept that from happening. In the same light, when Mallory started dating Nick it was a one shot thing.But Scott Valentine gave just enough heart to this character that fans lovedhim. He even got his own spin-off which never became a series. 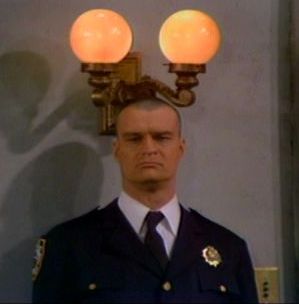 When Night Court began, Bull was a minor character. Hismajor thing was that he never smiled, and even had stubble of hair. However asthe character started to catch on they changed him from being a mean and cold bruteto a sweet and kind guy. He had a big heart but wasnâ€™t so great in the brain department.Richard Moll created a lovable character with his cute expressions and funnycomments. Some may say that Dan Fielding was a breakthrough character, but Idisagree saying he is a character we love to hate. 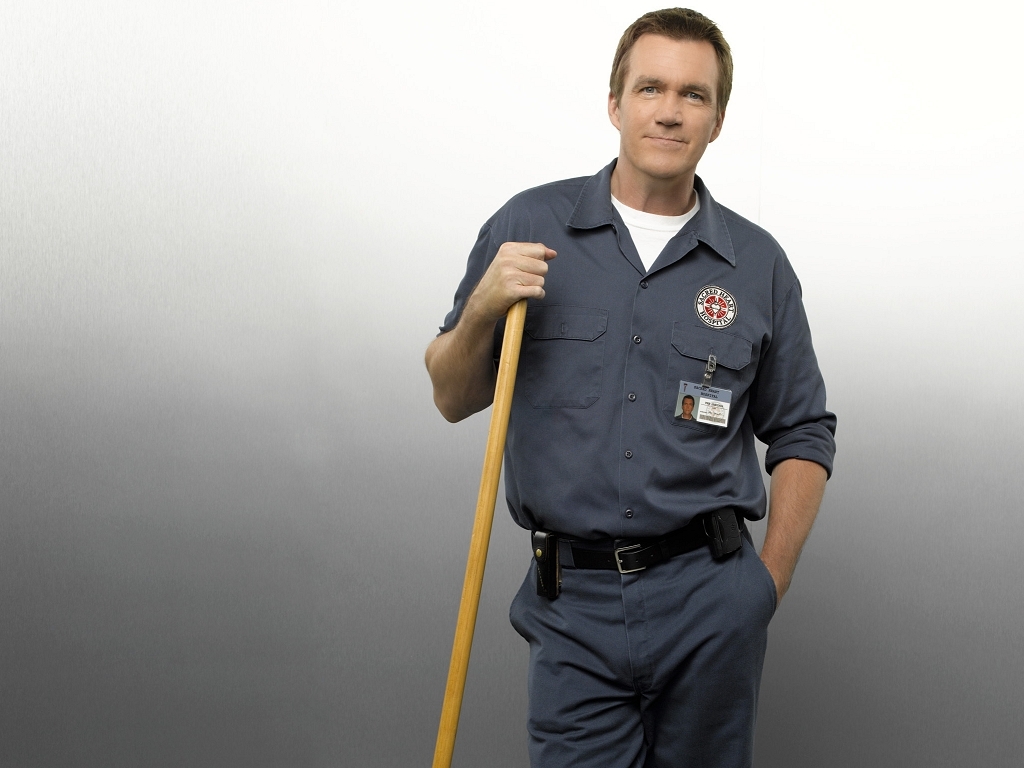 This was a tough slot to fill because there were othercontenders. But the janitor was one of my favorite characters on the show.Originally just supposed to aggravate J.D., but he took off and became aregular part of the cast. There was just something about the deadpan deliveryand the way the guy seemed to live in his own little world which was just hilarious.Neil Flynn did a remarkable job and made a background character one of the mostpopular on the show.

Yeah, I know. It seems like he always pops up on these lists.I guess itâ€™s because Steve Urkel fits in so many categories. We all know thestory, he was only supposed to appear in one episode as a date for Laura butsomehow the character just took off. Probably a good thing to, since the showwas kind of bland without him and his antics. You have to give Jaleel White credit;he took the role and just ran with it.

I think we all know this story. How NBC hated the Spockcharacter but Gene Roddenberry insisted. So what happened? Mr.Spock became themost popular character on the show! Credit has to go to Leonard Nimoy and theway her performed the character. Sure he was logical but the human side alwaysseemed to be there, especially when he argued with McCoy. It was his friendshipwith Captain Kirk which really won people over, you knew they were friendsthere was never any doubt. 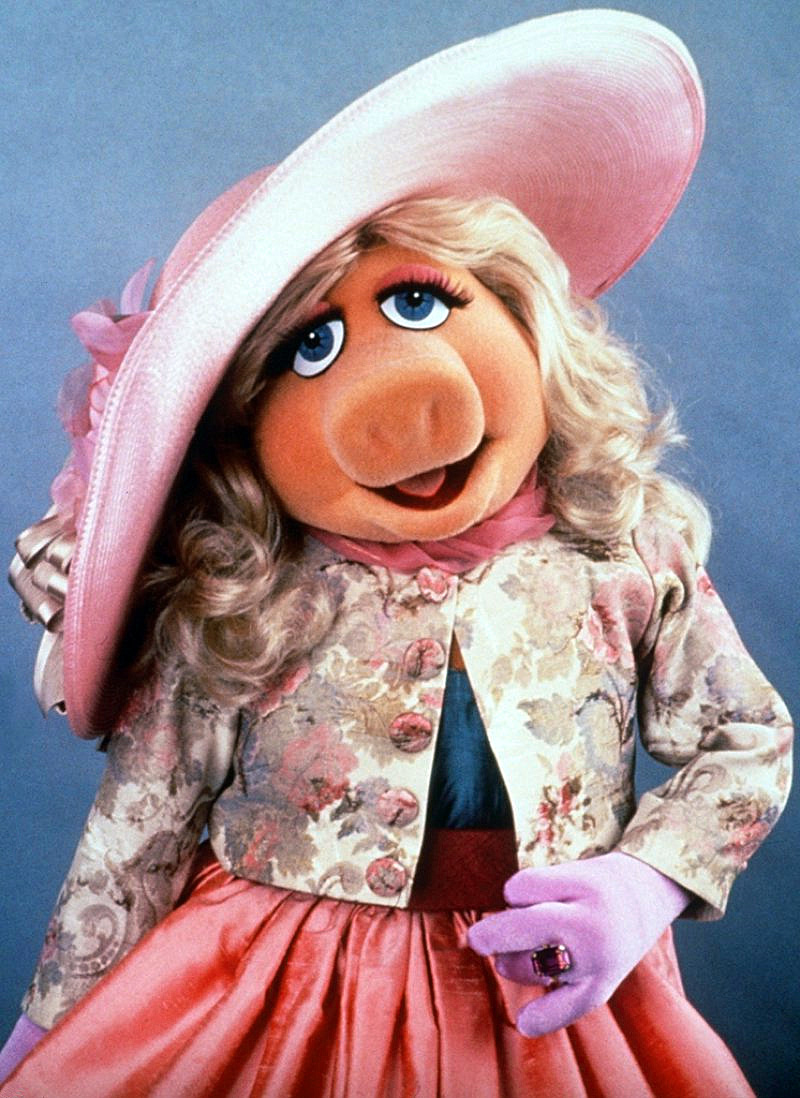 This is hard to believe, but Piggy was not a featured playerwhen The Muppet Show began. She was a background character at first! But shemanaged to get peopleâ€™s attention and work her way up. By the second season shewas right there after Kermit. There is just something about this character thatpeople adore, even to this day. I love her, especially the way she will flatout stand up for herself without hesitation and only with good reason. The restof the time she shows her soft side, especially when swooning to Kermit.

Yeah, I put Miss.Piggy after Mr.Spock, well which would you rather have mad at you?Â  J

Talk about a breakthrough character! Michael Richard took acharacter who was supposed to just make cameos and never leave the apartmentand turned him into the scene stealer he became! Every time he was on camera wewanted to see what he would do, whether he was busting through a door orlighting his hair on fire! I noted in my episode guide last year how the rolewas expanded as the series progressed, but unlike some of these others Kramernever took over the show entirely. I think that was important because it keptfans wanting more rather than getting tired of him.

I know I tend to contradict myself, how can I not like HappyDays but put Fonzie here as #1? Well, who else could be in the #1 slot really? Fonziewas just about the coolest character ever, and the way he was played by HenryWinkler was brilliant. Fonzie is the reason that fans kept tuning in for eleveny ears (letâ€™s be honest here) and I enjoy him to. Of course it didn’t start that way, at first Fonzie was a very quiet supporting cast member. I think the big thing withthe character was the emotional range. Yeah he was cool and could do all theseneat things with his fist and got all the girls, but deep down you knew therewas a real person in there. Fonzie was also a great friend, he would step inand stand up for you in a second without even needing to be asked.Â  Of course everyone knows the trivia about thefamous leather jacket, which the networks refused to allow him to wear. Thenthey agreed that Fonzie could wear it only when around his motorcycle. How didthey get around that? By having the motorcycle in every shot of course!

So many I did not mention. Â Sophia from The Golden Girls, Suzanne from Designing Women, Dylan from 90210, Benson from Soap, J.R. from Dallas, J.J.Walker from Good Times, Â Cliff fromCheers,Â  Reverend Jim from Taxi, The holographic doctor from Voyager, Jack and Karen from Will & Grace, Sheldon on Big Bang Theory, and even Elmo believe it or not!