Jul 25, 2014
I love Superman! He is my favorite comic book character, anwhy not? He embodies everything good about people. He has so much power that hecould easily conquer, and what does he do with it instead? He helps people andonly uses his powers and abilities when they are really needed. Of course therehave been many versions of The Man of Steel and his supporting cast on TV andin movies, and they all portray the character differently. But what if youcould take all those versions and make one perfect version of Superman? Thatâ€™swhat I am going to do today. This is all just for fun, and 100% opinion.
Â

I will be using characters from Lois & Clark,Smallville, and the classic movies. Yes I know there were other versions but I never watched the old classic show and am not including any animated series here. And since I hated Superman Returns, letâ€™s just forget about that one. And finally I am aware Smallville does not get tremendous respect, and while I agree there were flaws the truth is the creators did a great job respecting and staying true to the Superman legend so I am going to include it. 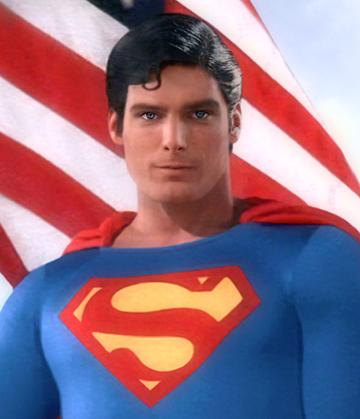 Who else could possibly be a better Superman than Christopher Reeve? Itâ€™s true I liked what Dean Cain did with the role, making him more of a relaxed hero who you didnâ€™t want to mess with. Itâ€™s hard to knowwhich category to put Tom Wellingâ€™s Superman since he never played that character, he was Clark Kent for ten seasons. But I think Welling was convincing in the role, I never had any trouble believing he would be Superman one day. And that last scene of the final episode when he finally donned thefamous suit was awesome! Still, Reeve played Superman the way he was always meant to be played. He was a likable guy who truly stood for Truth, Justice,and the American Way.
CLARK KENT-LOIS & CLARK
Â

Toughest category. Clark Kent is of course Supermanâ€™s alter ego, but in the golden age he was also a massive wimp. This was to hide the fact he was Superman I guess. But it made his character a joke. That is the Clark Kent we got in the movies. I donâ€™t blame Chris Reeve in fact he did a great job showing that Kent and Superman could be two different people. But then Lois & Clark came along after the character had been revamped in the comics, so we got a regular guy who was Clark in real life and Superman when he needed to operate in public. Dean Cain did a great job making the dual identity believable, and turning Clark into a three dimensional personal rather than a cardboard cutout. Tom Wellingâ€™s Clark Kent wasâ€¦..a bit of a jerk to be honest.When he was in hero mode he was fine but when he was not being a hero he wasnâ€™t likable. It seemed he always so uptight and whiny, and I just prefer DeanCainâ€™s version better.
LOIS LANE-SMALLVILLE
Â

I loved Teri Hatcher and what she did with Lois Lane.Hatcher created a strong, independent woman who didnâ€™t stop at anything to get the story. Erica Durance then came along in Smallville, and actually took Hatcherâ€™s Lois and took her a step forward. I didnâ€™t think I would like Durance, I never thought I would prefer anyone over Hatcher, but I admit she won me over. Hatcher tended to be to starry eyed school girlish, something Durance did not do as much. Yeah she had flaws but they just rounded hercharacter out. What about Margot Kidder? I hated her version of Lois. Maybe itâ€™s really the actress I hated and if so that isnâ€™t fair to the character, soto be fair her Lois was strong and driven, and did pave the way for Hatcher andDurance but I still do not like her as much as the other two. Durance may have been the live action version to get the closest to the comic character.
LEX LUTHOR-SMALLVILLE
Â

In a previous article I chose to say that John Shea and Michael Rosenbaum brought something unique to the character, but stopped atsaying who I thought was better. Today I have to pick one. While Gene Hackman set the standard for the character, he also played him as a comic relief more than a real menacing villain especially in the second movie. In fact have you ever noticed there is no fight between Superman and Luthor in the first movie,Superman just brings him into prison? John Shea put a different spin on it,making the character someone who had total confidence in himself and was utterly ruthless. Michael Rosenbaum however took that a step further and was the Luthor we got to know the best. It has been said that Smallville was as much about Luthoras it was Clark Kent, and it really was. We really got to see what drove Luthorto be the villain he would become, and why he hated Superman so much.
SUPPORTING CAST-L&C

So letâ€™s talk about the supporting cast. While itâ€™s true Lana was a major character in Smallville she was hardly seen in Lois & Clark, and sure Superman III was about her but she is as forgettable as the rest of the movie. Kristin Kreuk was great but since Lana is a small part of the Superman mythos that isnâ€™t enough to win here. Perry White wasnâ€™t bad in the movies and was hardly seen in Smallville. Lois & Clark took him and made him a fleshed out character, rather than a one note character shouting orders all day. Then you have Jimmy Olsen, and Marc McClure never felt right to me in the role and Smallville kind of shafted that character. Lois & Clark did amuch better job actually using Jimmy as more than just occasional comic relief.Cat Grant and Ma and Pa Kent in L & C also seemed more in line with thecomic book characters they were based on. Â Smallville had Chloe who was cool but she was only on that show. As a whole, I like the supporting cast on Lois & Clark the best because they felt like the classic characters from the comics more than Smallville where the characters felt like the characters if they were written for a soap opera (which they were in a way).
Action/Villains/Special Effects-Movies

While the characters are important, what would a Superman movie or TV series be without action and some very memorable villains. Well as you can imagine the action in the TV series canâ€™t match the classic scenes in the movies. It doesnâ€™t need to be action either; I have never seen a scene onTV as beautiful as that scene in the first movie with Superman and Lois flying.Of course Lois & Clark, by its very premise, did not have the strongestvillains in the world. Smallville tried harder but one of the flaws in that series is that the fight with the villains was almost ALWAYS a letdown. It always felt like they rushed the final action so they could get back to the â€œDawson Creekâ€ crap. As much as I love L&C, there is not one action scene I love off the top of my head; itâ€™s the character stuff I love. The movies are a different story. From the helicopter scene in the first film to the Eifel Tower one in the second, and I always loved how Superman finally outthought the villains in the end of the second movie. And no one can beat General Zod! So in terms of better villains, action and special effects, there is no contest here.

So there you have it, the way I would blend the threeversions of Superman to make the â€œperfectâ€ Superman. I wonder how I will feelabout The Man of Steel when that comes out in a few months!