With the latest Muppet movie out in theaters, itâ€™s time to pay my tribute to Jim Hensonâ€™s beloved creations by going through all of their theatrical releases and seeing where it lands as I approach my favorite. 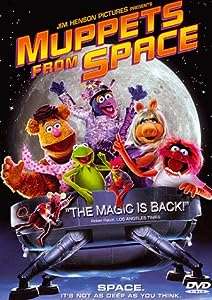 Iâ€™ve never seen it. I donâ€™t necessarily intend to never see it, despite its reputation as the weakest of the Muppetâ€™s theatrical releases. After all, it still technically got a fresh score over on the tomatometer, right? But I always seemed to just miss it when it used to air on TV, and itâ€™s the only Muppet movie I never quite got around to while playing catch up. Iâ€™m sure none of you will miss it, but still, a low point is always good for keeping the others in perspective, so hereâ€™s my quick take on another Muppet movie I chanced to see with about the same reputation among fans:

This one just had the wrong idea. Ashanti, who seems very nice, donâ€™t get me wrong, doesnâ€™t have the comedic timing or the earnest presence required to match, much less lead the Muppets. And I say this while taking into account that theyâ€™re definitely off their game this time around. Granted, some of their jokes work, and they’re basically still the same characters, but instead of finding incidental comedy in the story of Oz, they go for smart-aleck parody, which is more hammy than funny. And to make matters worse, the whole thing is wrapped up in pop culture idolization, seeming more shallow and glitzy than any of the past features. Itâ€™s so far below their standard that itâ€™s the only Muppets movie to date that has me considering a thumbs down.

And now, onto the real material: I do feel a little bad about placing this one at the bottom, considering its reputation as a perfect example of the true, old school Muppets doing what they do best. But while I do like it overall, I found it a little bit slow and lukewarm at points. It wants to be a story like the first one, getting you to root for the little guys as they struggle in an unfair world to make it on Broadway. But this time around, itâ€™s more mopey than heartfelt, and it leaves limited space for their trademark humor, which never rises above moderately entertaining here. Still, itâ€™s a true and trying conflict for the Muppets to face, and who doesnâ€™t like them enough to care how it turns out?

Like many people, A Christmas Carol strikes a chord with me, and the Muppetsâ€™ version is a solid adaptation all the way through, with some classic Muppet moments. I never get tired of this one, and I wouldnâ€™t have lost sleep if Iâ€™d moved it a couple places up, but in the end, the old school classics are owed a little more respect. While this adaptation doesnâ€™t falter, its take on Scroogeâ€™s adventures with the ghosts of Christmas past and yet to come arenâ€™t the most memorable Iâ€™ve ever seen. Ironically, itâ€™s his trip with the ghost of Christmas Present (who by this point, is usually just the precursor to his faceless successor with the iconic grave scene) that manages to hit it out of the park.

Hey, I still ranked it above two Muppet movies that I like. I donâ€™t care what you say, thatâ€™s something! But I will admit, itâ€™s a little unusual for me to think the Muppetsâ€™ beloved debut, which many say the sequels have only aspired to, has actually been bested four times.

I guess one thing about the Muppets that never seemed hit the perfect note for me was their attempts to go for â€œheartfelt,â€ which is this movie often does. It goes without saying that theyâ€™re lovable, but much of that is seeing their jovial humor and personalities in action. They usually have to make fun of the heavy stuff as much as they embrace it, which distills it down to â€œcuteâ€ levels and leaves only the briefest of space for the really genuine moments. To me, it hints at the quintessential Muppets movie we might have gotten without ever becoming such itself. Still, even if itâ€™s not done perfectly, itâ€™s still pretty solid. And whatâ€™s more, this one also made sure to pack its share of what the Muppets do best, as a few of their funniest and most memorable moments show up in this outing. 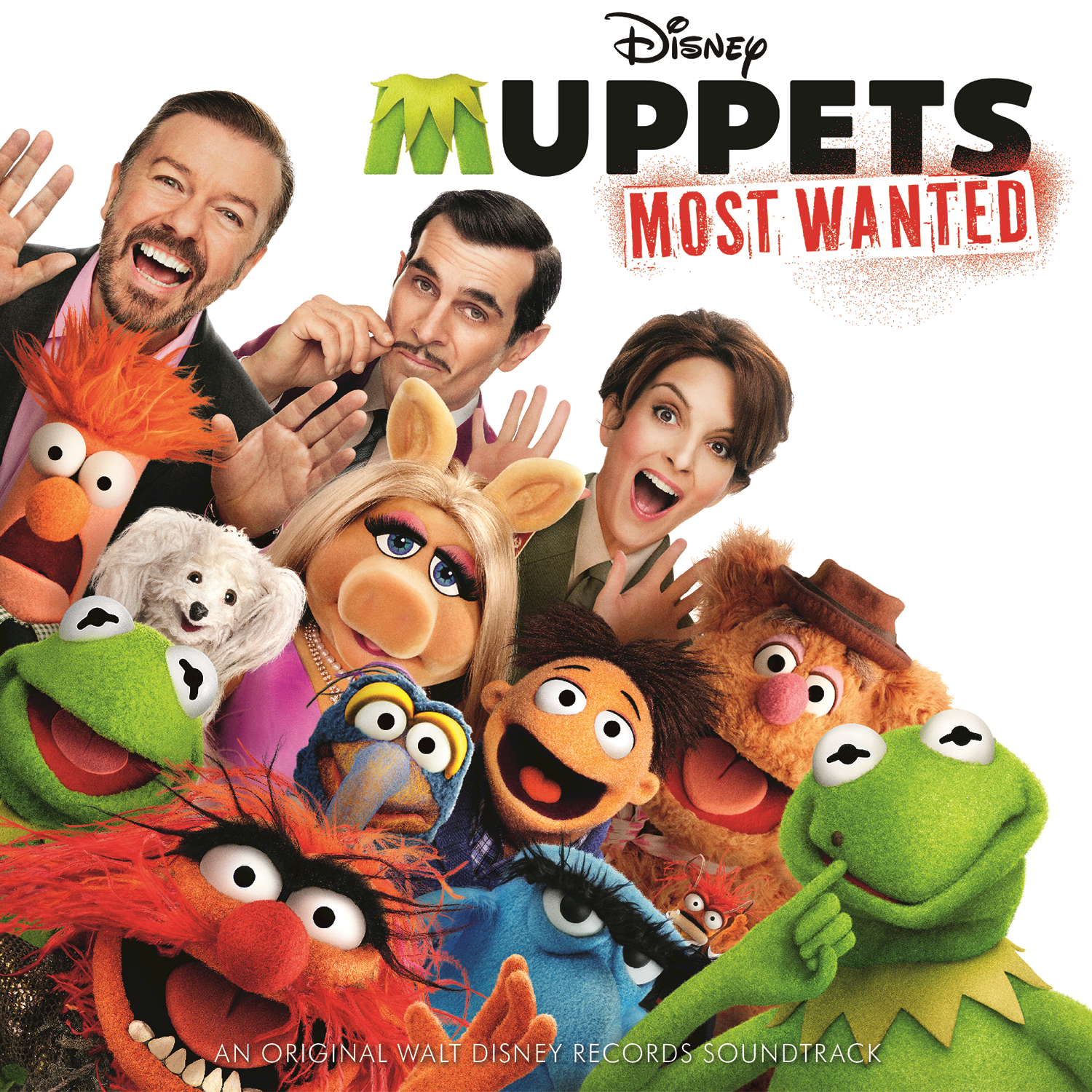 And hereâ€™s the latest outing as promised, earning the #4 slot on account of the fact that it ranges from funny to hilarious. All in all, it balances the non-human cast pretty well, giving all of them at least a moment in the spotlight. (Walter in particular finds a comfy spot as a second voice of reason, balancing Kermitâ€™s beleaguered leadership with a youthful optimism.) And it gives its conflict just enough weight, lightly delving into Kermitâ€™s relationship with his friends and Miss Piggy. But in the end, what really sells it is the simple fact that itâ€™s one of the most entertaining and hysterical adventures the Muppets have ever been on, with a good villain and good celebrity casting. (I wonâ€™t spoil my favorite joke, but I will say that it involves Tina Fey wishing her prisoners good night one by one.)

This would have to go right next to Muppets Most Wanted. Theyâ€™re both heist movies, theyâ€™re both hilariously loaded with 4th wall jokes, and they both feature some of the best cameos in the whole series. But in the end, there really is something charming about the Muppets from back in their heyday, which is why, of the two, I give the win to my favorite â€œold schoolâ€ Muppets film. Itâ€™s strange to me that they also share a slight dip in the reception from their immediate predecessors, which makes me think Iâ€™m in a minority that prefers seeing the Muppets go on gag-filled adventures to seeing them sit around, interacting and bonding. Then againâ€¦ 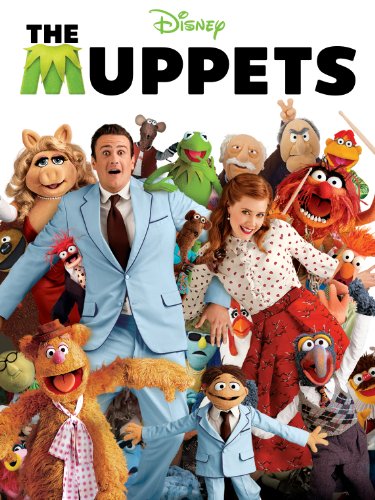 I said that the Muppets donâ€™t often reach me in their attempts to add heart, but there are exceptions. And as tight a race as it is between this and my favorite gag-filled crime movies in the series, if Iâ€™m giving them both edge over the beloved original, this should even it out.

The Muppets is the one movie in the series considered possibly even better than the first one, and there is a reason. It digs deep into what everyone loved about Hensonâ€™s creations, and the story it spins about getting the group back together at the behest of a lifelong fan definitely connects with why we loved them in the first place. Youâ€™d think the restraint they showed in past efforts was a sign that itâ€™s best for the Muppets to rein it in, but no, this movie seriously invests itself in everyoneâ€™s dilemma and doesnâ€™t cut corners. In fact, it builds to a very mature, very effective message on the goals that are really most important. (And no, I donâ€™t consider the last minute bonus they find to be a take-back of that moral. Theyâ€™d already won before that came along.) So the Muppets donâ€™t have to focus on jokes to win me over, you ask? First of all, who said this one doesnâ€™t have great jokes?

I guess you never forget your first Muppet movie, which in my case, came out when I was 6 years old. This will surely be heresy to most of the devoted Muppet fans, but weâ€™ve already established that what I like most about the Muppets doesnâ€™t always fall in line with their usual fanbase, even if I might have gotten away without pleading my case before now.

First, the undeniable stuff: This movie gives Sam the Eagle his best role in a Muppet movie ever. Itâ€™s the reason I even knew who he was growing up. Usually, heâ€™s off toÂ the side, acting as a self-important version Statler and Waldorf, but as Samuel Arrow, the pompous first mate demanding order and safety from the craziest crew ever to set sail, he fits right in. Also, strangely enough, this is the only time in which weâ€™re sort of supposed to take the relationship between Kermit and Miss Piggy seriously, and somehow, it works in a light kind of way. And the songs are catchy as anything not titled Rainbow Connection to come from the brand.

But thatâ€™s not really why itâ€™s my favorite. While I know itâ€™s criticized for being less Muppet-centric, thatâ€™s not how I see it. The other movies are about Muppets in a people world, but this one is about people in a Muppet world, filled with a great, blustering energy. In fact, to me,Â this is what allowed Muppet Treasure Island to finally nail that combination of hysterical and sincere; in addition to infusing Treasure Island with the zaniness of the Muppets, it gives Jim Hawkins (who, unlike Ebenezer Scrooge, is not a-larger-than-life character and can be effectively reimagined) an arc as the brave and hopeful soul who learns to see them as his family. Actually, everyone gets a slice of the pie this time around. Tim Curry, in a great performance, gets to lead the Muppet pirates as the wildest one of all, while Kermit and Miss Piggy get to push the envelope with a scene in which the pirates have all but won, leaving them to fall from a cliff. Kermit points out that theyâ€™re together again, and they begin singing an upbeat power ballad about how theyâ€™re right where theyâ€™re meant to be, about to die and enter heaven together. Whoaâ€¦

I suppose you could say that the Muppets have given us a full range display of their talents, meaning that thereâ€™s something there for everyone. The variety of the Muppets is one of their best qualities, and so hereâ€™s hoping that many more movies are on the horizon.