Recently, Two Music Videos of songs from Rainbow Rocks were released. So I decided to look at them. 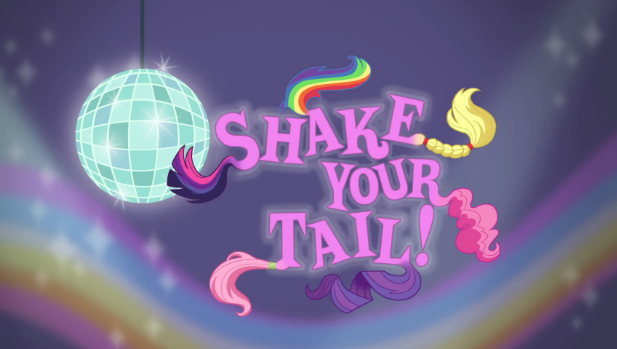 The video depicts the Mane 6 setting up for either a Dance or their Concert. Each of them have a different theme for it, but they can really agree on any of them. So, Rainbow Dash decides to mix them all together. Itâ€™s also mixed in with them as a Band playing the song. 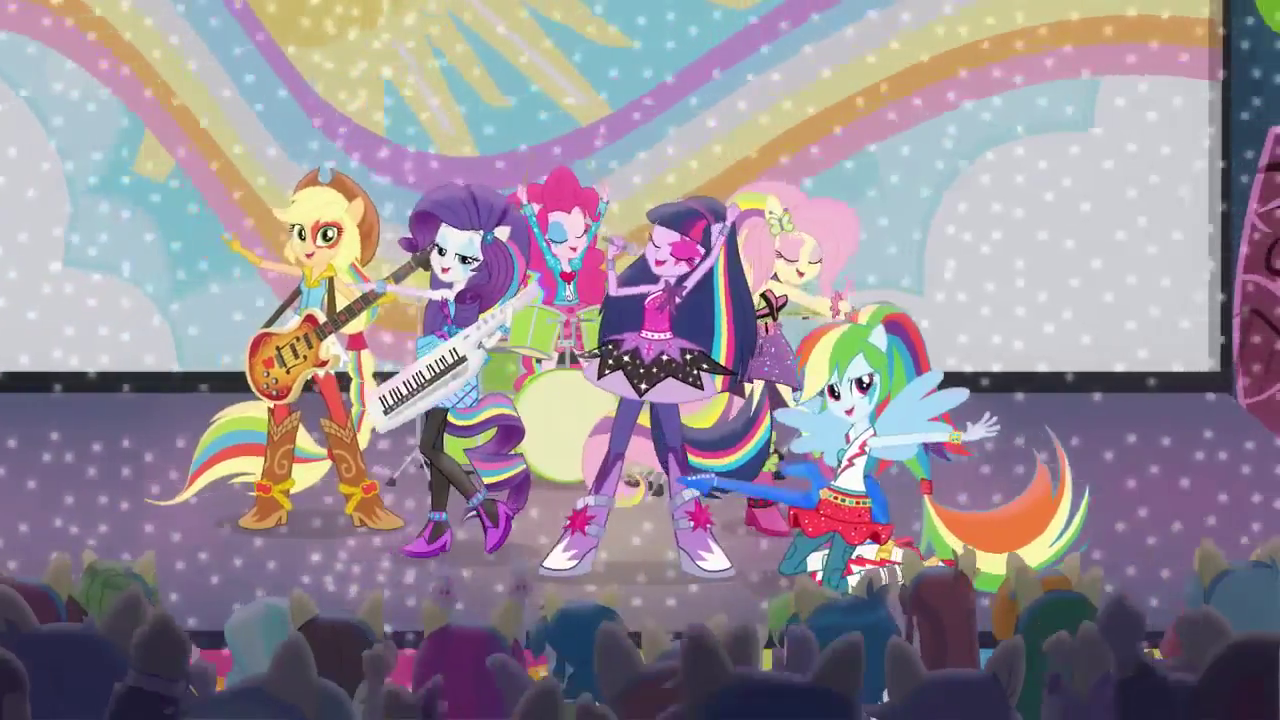 If curious here are the themes they each had:

Apparently, the one thing I noticed a lot of people liked about the video was the fact it showed that they had Normal Feet. 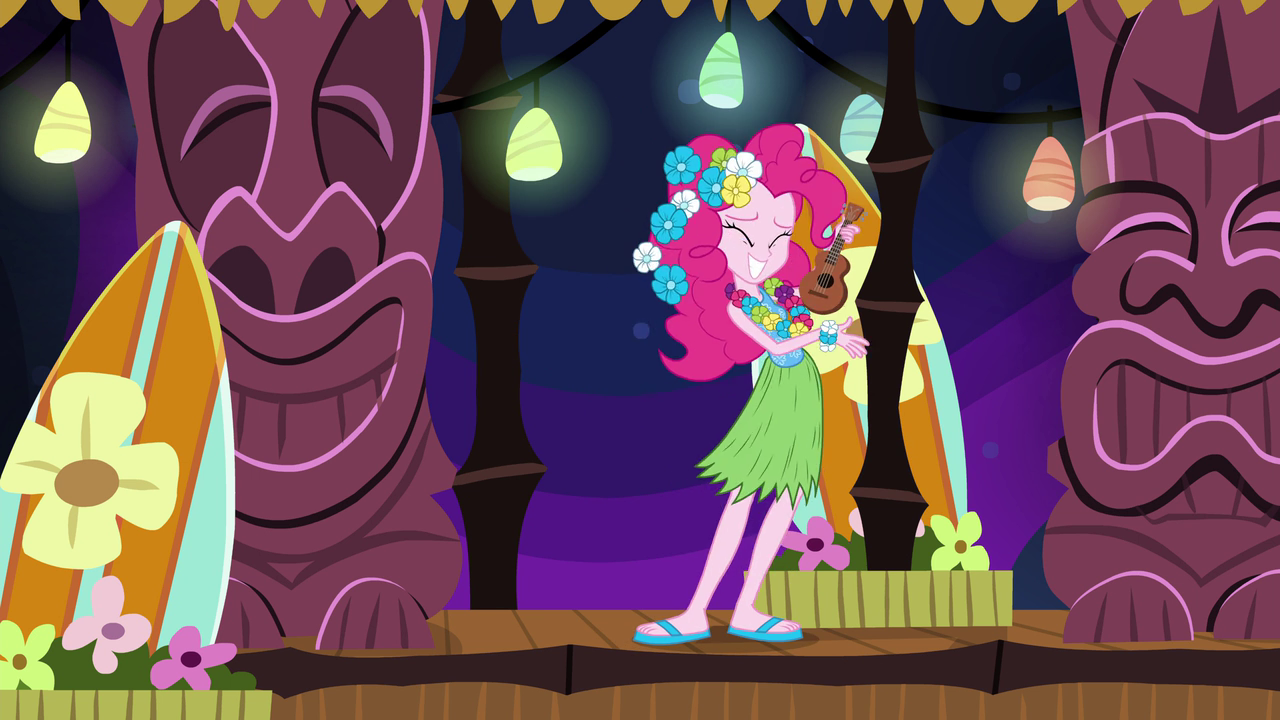 I guess that could be considered a relief to some considering how long their legs look and with their Knee High Boots; it looked like they would have huge feet. Personally, I didn’t care about ho big their feetÂ are, butÂ I guess it’s nice they aren’t huge.

The song itself was alright in my opinion.Â It mainly just sings about getting ready for something, and them saying “Shake Your Tail.” Not really much else to say about it.

One thing Iâ€™ve actually noticed is that so far, Each of the Shorts have been used in the Trailer for it. That leaves the possibility of the film being either Different or itâ€™s not a film, but just a bunch of Shorts. After all, we donâ€™t know why Twilight goes back or why they form a Band in the first place. So that does leave room for it to be much better than expected. (Much like the first film.) 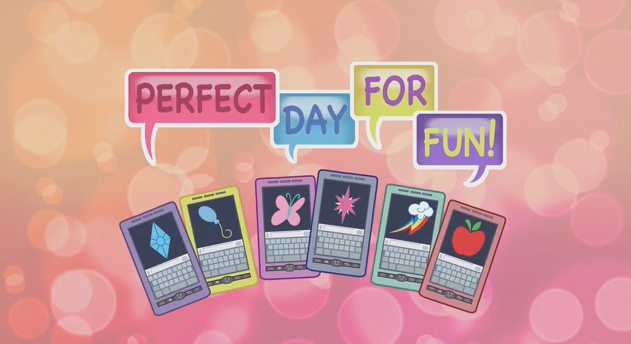 This MV is set in a Carnival hosted by Canterlot High where the Mane 6 go around and do various things around it in 3 separate groups: Twilight is with Fluttershy, Rarity is with Pinkie, and Applejack is with Rainbow Dash. 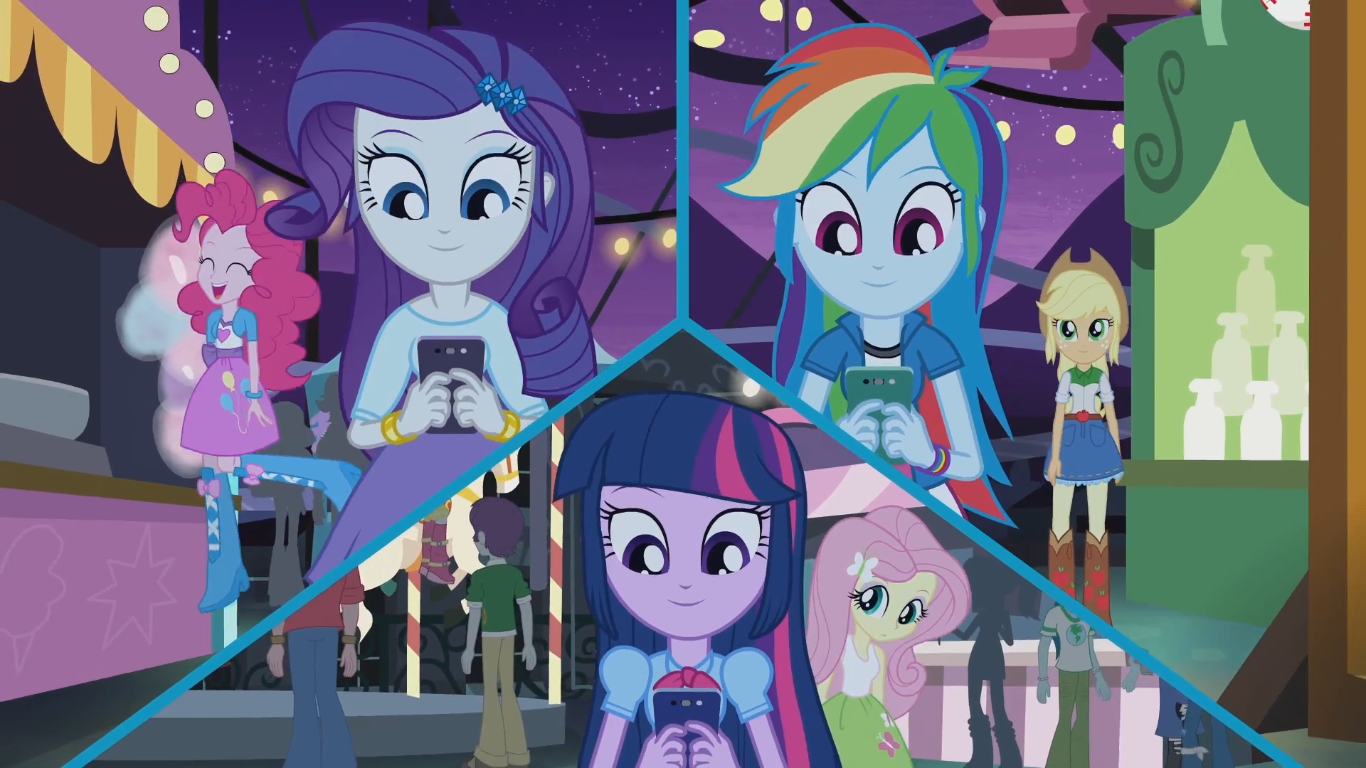 (If you listen closely, you might be able to hear thousands of Shippers shrieking in joy at this site.)

Throughout the Video, They do various typical Carnival stuff such Carnival Games, Eating Cotton Candy, and various other things as shown via Photos on Cell Phones.

I have to admit, the Screenshot of Fluttershy walking out of the Funhouse unimpressed is an accurate portrayal of how I walk out of most modern Horror Films. 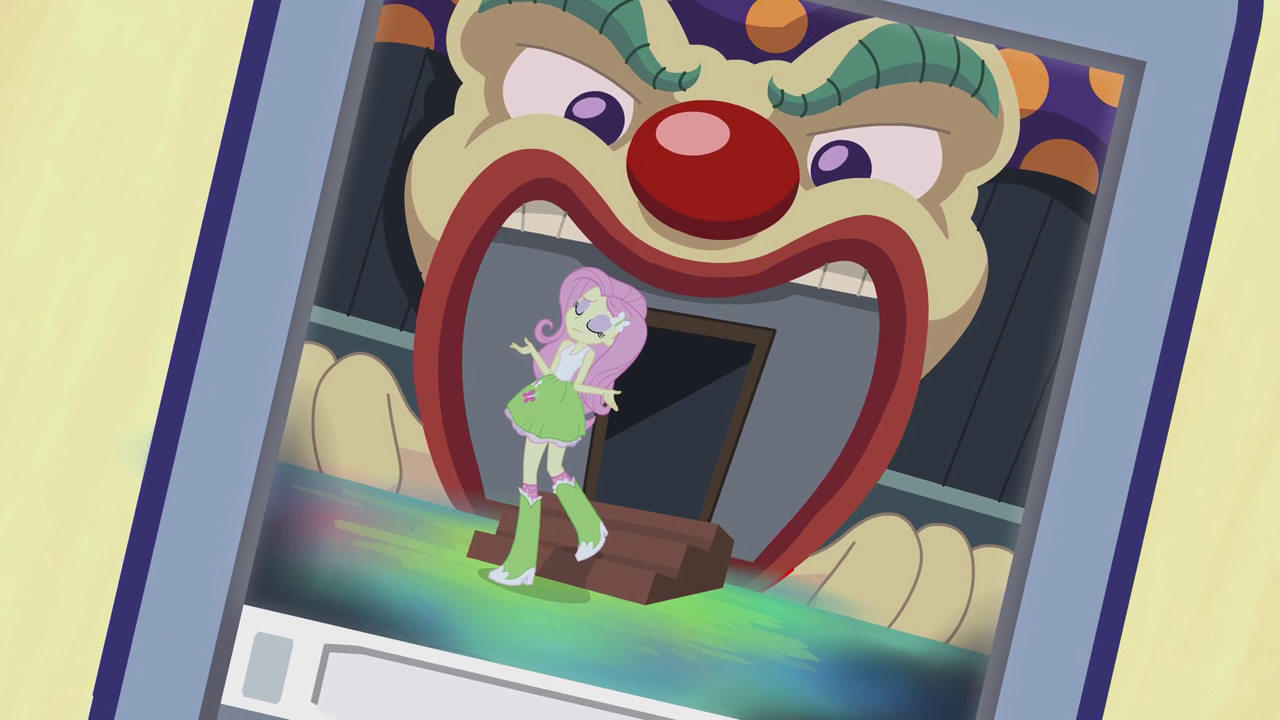 The MV, much like the EqG Movie, is packed in with a lot of Cameos. You see Photo Finish, Trixie, Cheerilee, Big Mac, the CMC, Derpy, Granny Smith,Â and Luna. Plus Twilight even wins a Discord Plush, much to Fluttershyâ€™s discomfort.

Spike also makes a minor cameo in theÂ video, so he obviously goes back with Twilight.

The Video does also show that Twilight does know how to use a cellphone, so she probably will start to be able to understand Human Technology in the new film. Either that or this is the Twilight Sparkle in the Human World that Pinkie brought up. ( It’s most likely not though.) 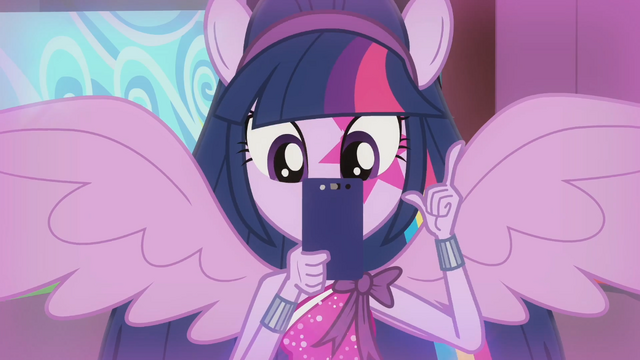 The Song that was song was pretty decent. It was basically a song about hanging out with your friends. Not really much to say. I will admit, I actually liked it sung in Spanish more than in English.

There was one thing that bugged me half way through the videoâ€¦It was when I spotted a certain characterâ€¦(you’ll spot who I’m talking almost immediately.) 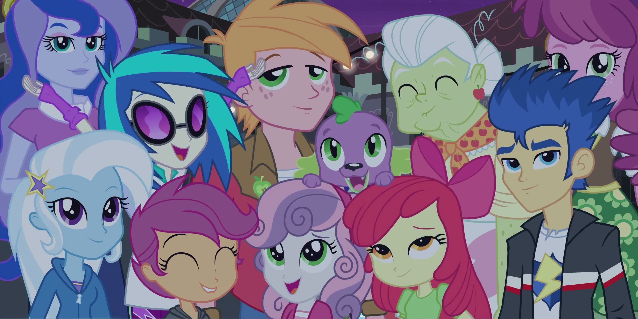 At first, Flash Sentry didnâ€™t bother me at all in the firstÂ film, but he eventually started to irritate me and now I just get upset whenever he pops up. Unfortunately, this might imply that heâ€™ll probably be in the next Movieâ€¦

Overall, I thought it was Alright, aside fromÂ my obvious problem with it.Â I liked this one a bit more than â€œShake Your Tailâ€ mostly because of the Song. I thought it was a decent song wtih a decent video for it.

P.S. With them being at the Carnival, the whole video reminded me of the last 10 minutes of Grease.