A Look at Disney Power of The Princesses: An Introduction

Hello & welcome to Power of The Princesses,Â  what is Power of The Princesses. Well, you see over the next few weeks, I’ll be covering all of the princesses from Snow White to Elsa and Anna.Â  In A Look at Disney’s newest retrospective.Â  But unlike my previous three retrospectives, I will not be going it alone as I will be joined by many members of Manic Expression. Here’s the line-up.

So, as you can see, there are some familiar faces returning to A Look at Disney and some new faces making their first appearance on the blog to partake as we talk about these ladies. Now, you’ve probably noticed that both Pocahontas and Rapunzel, are the two where I’m going solo.Â  The former is because I couldn’t find anyone to sign up for her and the latter is because Rapunzel is best princess and I want her all to myself.Â  Slightly kidding, but not really.Â  Now, over the course of this retrospective, we will be covering their original voice actresses, their first appearance, their personalities, our favorite moments, any later appearances, and answering whether or not, we think they are good characters.Â  This will all culminate in a list counting down every single princess on the list after I put together all of the rankings from my contributors, so that we can determine fairly, who is the best Disney princess. Â Â  Also, joining my contributor and I, when needed will be DisneyOtoko to talk about the appearance of these characters in the Kingdom Hearts games.

What brought on the urge to do this retrospective?Â  Frozen!Â  No,Â  I’m serious, looking at the characters of Elsa and Anna, more so Elsa, got me curious in seeing how these characters have evolved over time.Â  And my feelings on most of these characters are they aren’t bad characters and some of them get undeserved flack such as one of my favorites but we’ll get to her in 2 weeks.Â  So, yeah,Â  this is just a short introductory piece to this new retrospective.Â  Join me next week as we officially kick things off, when I’m joined by Ratin8torÂ  to look at very first princess as we look at Snow White. 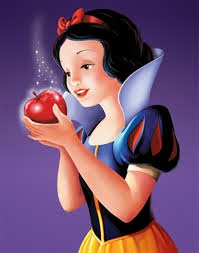