Since this movie is a classic I assume that most people know the details of the story. In this section I will mainly discuss themes.

Contrary to popular belief this is actually one of the more faithful fairytale adaptations. The events that are occur in this film are basically the same ones that occur in the original Hans Christian Anderson version of the story. The film has obvious differences such as the ending, the details of the deal with the sea witch, and certain aspects of the merpeople’s culture. In my opinion I believe that the “abandon your family for a prince” criticism is bull crap. It’s not the true theme. The film’s true theme is actually the same one as the Anderson book: “How far are you willing to go to achieve your dream and if you fail to achieve your dream are you willing to deal with the consequences of irresponsibility and failure”. This theme is proved by Ariel having a dream and how she irresponsibly achieves this dream by making a deal with Ursula the sea witch and her response once Ursula enacts her evil plans. Although the stakes of failure in the movie version of the deal are not as extreme as the Anderson version the stakes are still very high. If Ariel fails then she will be completely stripped of her pride and dignity and become a plant creature and instead of the “Little Mermaid” becomes Ursula’s “Little Bitch” and loses everything. Not only are the personal stakes high, but the stakes for the entire sea are even higher. If Ariel fails Ursula will manipulate Triton into surrendering his crown and Ursula will become a tyrant and the freedom of the sea creatures will disappear. 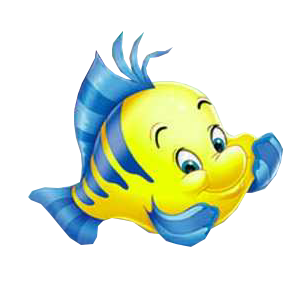 Ariel’s best friend. He may frighten easily, but he shows how courageous he is by constantly going with Ariel on adventures. He’s not going to let fear stop him from helping out his friend and has a dedicated caring heart. 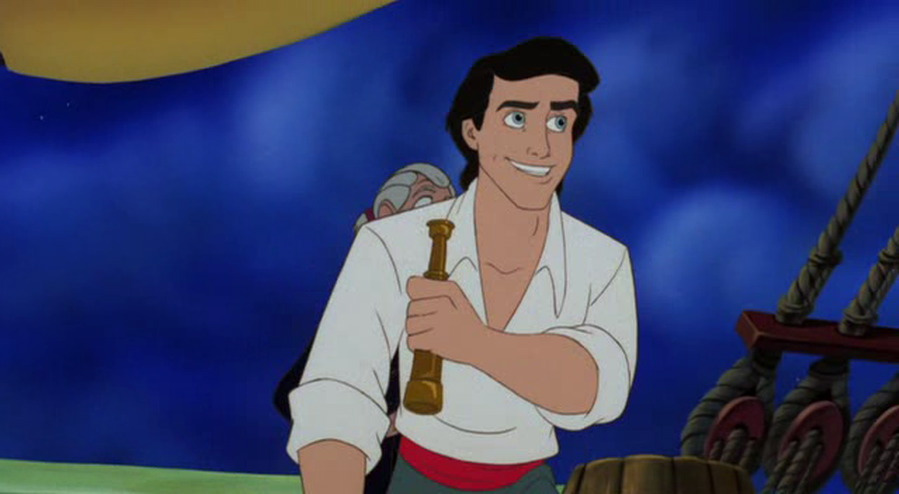 Although he’s not as boring as the previous Disney princes, he is a little bland. At least we get to see his motivations and that he has more than 2 lines of dialogue. A little boring, but not as boring as his predecessors. 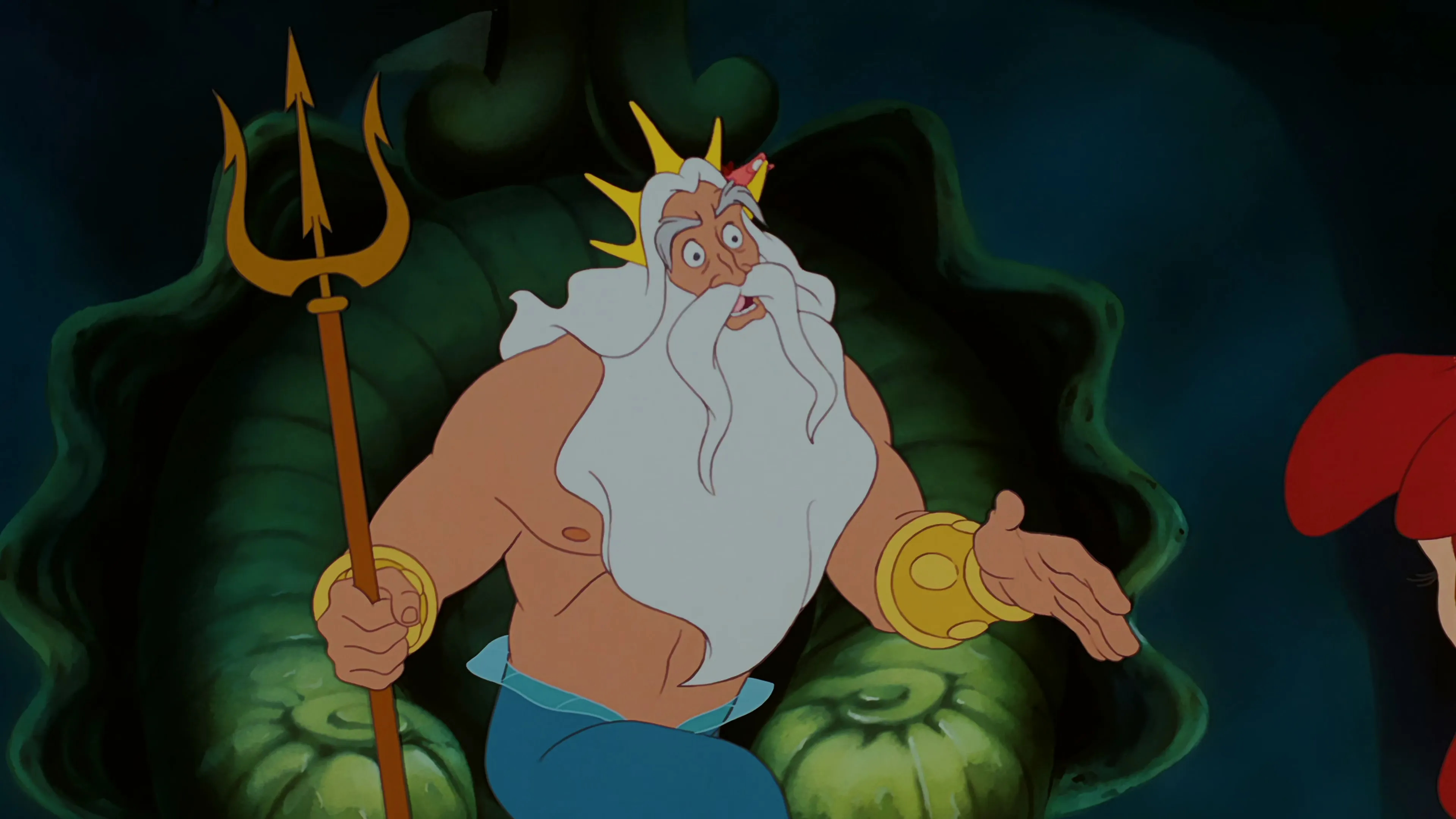 This is a great character. He is a very proud King of the sea. His troubled relationship with his daughter Ariel doesn’t change the fact that he loves her no matter what. The problem is that his first response to some of Ariel’sÂ  actions is always anger when it should be his last resort. He always lays down the law and doesn’t explain why or is too stubborn to get to the root of the problem and form an understanding and/or compromise. One of the film’s most beautiful moments is when he decides to take Ariel’s place in Ursula’s dealÂ  and becomes a plant like thing. Completely stripped of the pride and dignity that he cherishes because he loves his daughter more. Adding more things for Ariel to be ashamed of for irresponsibly making her dream come true. 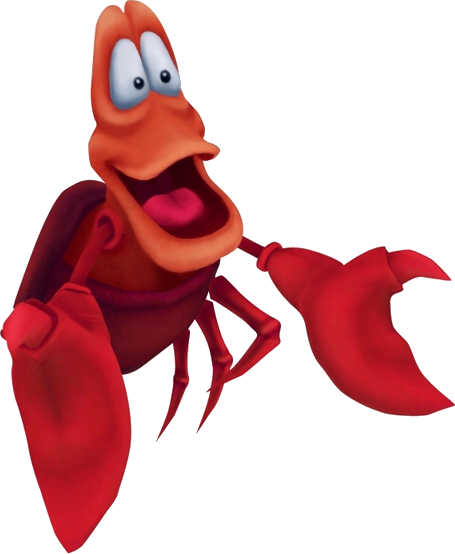 One of Disney’s greatest supporting characters! Sebastian is the court composer for the undersea kingdom of Atlantica and also serves as Ariel’s guardian. Due to the fact that sometimes he can’t keep his mouth shut Sebastian ends up being Ariel’s guardian. The audience understands the position Sebastian is in. He really cares about Ariel, but he doesn’t want to lie to Triton. When he does rat Ariel out we aren’t angry at him because we know about his difficult position. When Ariel goes through with the spell he cares about her and is willing to help her in any way he can and becomes a good friend. 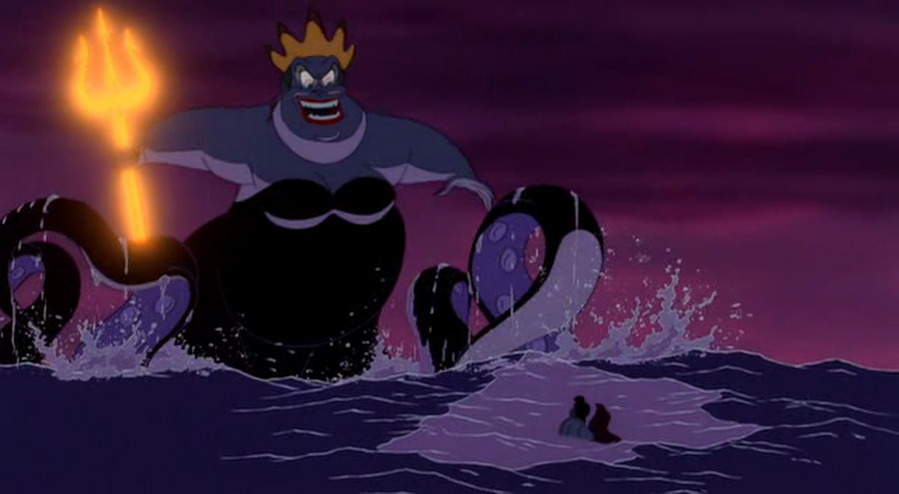 She is one Disney’s greatest villains. Cunning, manipulative and has one of the greatest villain songs. The wonderful esign and fluid animation give astounding life to the character and the wonderful voice of Pat Carrol gives Ursula a memorable sinister performance. She is also the mastermind behind the mayhem that Ariel must face in order to redeem herself.

Ariel is one of my favorite Disney characters! Many people say that Belle was the start of the new type of Disney princess. Wrong. It actually started with Ariel. I have always thought of Ariel as an adventurer and explorer first. She is a princess in title only. She has an independent mind and spirit (something she shares with Belle). She can be very kind and sweet, but what set her apart from the previous generation of princesses is that she is rebellious. She got angry and frustrated and conveyed emotions that all of us feel and it creates a sense of relatability. However, sometimes she can be blinded by anger as well as being blinded by pure ambition. It’s these character flaws that allow her to be manipulated by Ursula.

When all of the aforementioned consequences come to pass Ariel is left with nothing but sadness, anger and shame for her irresponsibility. Because of her foolish actions her father’s pride and dignity as well as her own have been completely destroyed, Prince Eric, an innocent bystander, is being drowned by the eels, and the freedom of the sea creatures is gone because of Ursula’s new found power. What is Ariel’s response? She tries to kill Ursula and atone for her mistakes. She saves Eric’s life by causing a trident blast to misfire and kills the eels. Ariel then tells Eric to abandon her and save himself while she stands (floats) against Ursula. It is kind of a bummer that Ariel didn’t kill Ursula. Ariel is such a great character that she deserved the honor of sending Ursula to the depths of Hell (Kingdom Hearts 1 does this by having Ariel actively fighting Ursula YAY!)

When Ursula is killed Triton makes the decision to turn Ariel into a human. He does this for two reasons: 1) He loves his daughter and he wants her to be happy. 2) She earned her place in the human world. It’s like Pinocchio, if he proves himself brave and unselfish and he would become a human. Ariel shows bravery by fighting Ursula and shows selflessness by saving Eric’s life and telling him to save himself as well to bring her father back to normal. She redeemed herself as a character and took responsibility for her actions. It was with this bravery her dream of living in the human world and being with the one she loves came true. She even eased the hatred that Triton has for humans and with the worlds of land and sea are coming together Ariel doesn’t have to completely abandon her family she can visit them at anytime(It is convenient that Ariel lives on the coast).

The music of this film is legendary. This movie’s songs have become even more popular than the movie itself. Songwriters Alan Menken and Howard Ashman have written some great songs in other films and plays, but Mermaid contains some of their best work. This is the songs of The Little Mermaid!

A short introductory song that gives brief exposition as well as introduces the human characters. I like how this song creates a mysterious quality to the merpeople making the opening credits and the world all the more magical.
Please Note: I’m skipping “Daughters of Triton” because I don’t think it’s a real song in the movie it just establishes the Royal family and Sebastian’s job.

The award winner itself, “Under the Sea” is a very upbeat and entertaining number and Sebastian’s last ditch effort to convince Ariel not to pursue her dream of living on land. As much as I love this song I do think it’s a little overrated. I love the lyrics and reggae melody but in comparison to another song (it’ll be the last one I talk about) it doesn’t quite outshine it.

Almost all of my compliments about this song have been taken by Doug Walker (Nostalgia Critic) for his Top 11 Villain Songs video (check it out it’s very good). So I’m not going into too much detail about it. I will say that it does a great job of showing Ursula’s manipulative and con artist characteristics. The more intense this song gets the more Ariel feels pressured and convinced to sign the contract. A great villain song.

We all know the only way to create a romantic atmosphere is with the “mood”. Well this song creates a great “mood” for Ariel and Prince Eric to smooch to. A nice slow song with great visual accompaniment.
And last but not least…

“Part of Your World”

This is one of my top 5 favorite Disney songs. Never has animation, music, and acting ever gone together so beautifully. Jodi Benson gives a terrific vocal performance and sings the song beautifully. Alan Menken’s melody and Howard Ashman’s lyrics capture the motivations and enthusiasm of the character in musical poetry. And Glen Keane’s lovely animation visually capturing Ariel’s dream through her eyes, facial expressions and body language. I love how Ariel looks up at the surface in her grotto the same way we all looked at the stars from our windows dreaming we could be astronauts. A beautiful moment. Even the reprise gives us the iconic image of Ariel on the rock just like the statue in Copenhagen. Love it! Can you believe this song was going to get CUT FROM THE FILM?!

The film’s art direction is great. Even though I love “Finding Nemo” to death this film captured the magic of being underwater first. This film also had a huge amount of special effects such as: lightning, bubbles, ripples, waves of light shining through the water, reflections on the water etc. and even today the effects and details are pretty impressive. My favorite example of how good the animation is is the opening credits where the audience is first introduced to the undersea realm. Also who could forget Glen Keane and Mark Henn animating Ariel (as Mortimer Mouse would say “Ha Cha Cha” if you know what I mean)? The design of this film is great.

The Little Mermaid is one of my favorite Disney movies and movies in general. I wouldn’t be the man I am today without it. This movie is just plain awesome! If you haven’t read the original Hans Christian Anderson fairytale it’s a great book. I highly recommend it.
VERDICT: 5 dingle hoppers out of 5
Unfortunately the praise I have given this film can not be given to it’s sequel. MERMAID MONTH continues with “LITTLE MERMAID 2: RETURN TO THE SEA” dun- dun – duuuuuuuuunnnnnnnnnn!!!!!!!!!!!!!!!!!!!