Hello my little Maniacs, well, I have seen to have finally decided to step out of the box and do another type of writing. Letâ€™s seeing how this goes . . .

I am not a fan of numbering things, chart wise like this, but oh well . . . hopefully this bowl of my favorites works with me on this. With that said, letâ€™s get started.

First pick to leave the bowl of choices . . . 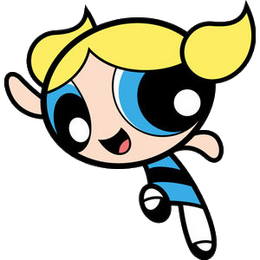 Bubbles! True to her name, the sweet one made of nothing but sugar. Fights crime, draws, speaks many different languages; sheâ€™s the joy and laughter many would end up forgetting when things get too hard for them. It always amazed me of how even after fighting crime, school, and such others things, Bubbles still laughs, as if the days to come are going to be just as awesome. To me, that is a character that is just hard not to love.

That and the sudden cuteness she does are hard not to notice . . .

Beast Boy! Yes! The fun loving dude, scatter brain, immature, who is always looking for laughs . . . well maybe from the one Teen Titans the animated series, yes, that Beast Boy. Now besides being the funny guy, there are times, even in the comics where he can be a helpful and straight face kind of person, when the matters of danger become far too prodigious to handle. And thatâ€™s great, even more so about his backstory, as sad as it is, he found ways to move on from it, let alone of all the teams he has join up in the passing of his life time, just wow on that, and soon becoming the green bean we know and love. When it was Teen Titans the animated series, he was a veggie-man that wasnâ€™t all in your face about it. And made sure to show he was proud of it, you got to enjoy that.

PS: I donâ€™t show the same feeling those for the Young Justice or TTG for that they didnâ€™t do the character right in how I saw it.

Fred Sanford, the king of greed if I do say so, wouldnâ€™t be much of a list if I didnâ€™t get to draw this guy out. A classical rerun they would have now and again, and it when it came down to it, Fred stole the show, whatever he was up to, how he would try to get out things, and much else. The kind of man, that made someone else, when they reached the age, they know how to go out with a bang.

Next up, from the endless bowl of wonders . . . 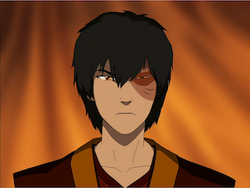 Zuko! Lived the life of a bad boy turn good, as much with other who favor the main four with Aang, Katara, Sokka, and the master of earth bending, Toph, there is a reason why Zuko tops them out of the show, and thatâ€™s for . . . I mean damn with the shit that has happen to him, how could not relate a little with guy.

1) Has a father who wants nothing to do with him.

2) When things might go his way, they fail soon later.

3) Has a sibling willing to kill him, out of pure enjoyment.

4) He is forever wears a bunred that will never go away, making him believe it was his fault.

5) He wants to a make a differenct (In later seasons), but with how things have gone, they are against him. Yet still tries.

You don’t just pity the guy, boo him to fail, or just end up hating him. You end up routing for him in the end. And it’s a tem, I was glad to be part of and it was an ending he rightfully earned. Well, there is one thing . . . where the his is mother? Really? 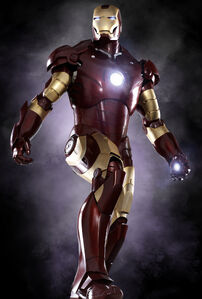 Iron Man, and before you say anything Batman is in the bowl, I just didn’t draw him. So save your boos for next time.

Now when it comes to Iron Man, I didn’t read the comics or watch any of the cartoon shows they had of him. It was the movies that got me, and how Tont Stark acts is very much like Bruce Wayne (but with Batman who has no care of showing off), I would say awesome. Got the confidence that I don’t have and wished to have, though the lack of learning of any given lessons thrown at this guy, rush over him, just defines him as a I don’t take shit from no one, and that also means me. Iron Man as well Tony Stark is a fine kind of person to have as a sign of backdone, on and off the battle field. Cocky and bit of a prick, but still enjoyable, well to me at least. 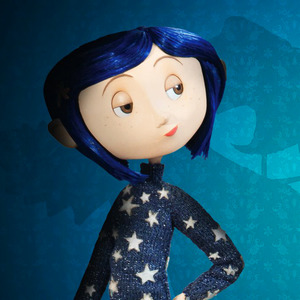 Now we all know that somewhere down the path of our lives, we had to make changes willing or not. Young Coraline is a fine example of how a young kid would act when having to leave one’s old hom, leaving everything behind, and moving to a place far different than one is used to. Having soon finding a way of looking at things different, making a world where things went her way, not someone else, but even distance dreams can be a bit much, and we have to come to terms with it, and know that we don’t need to rely on forever in the land of imitation.

What can I say about him, that hasnâ€™t been said? Heâ€™s the king of Halloween. Master of scares, tricks, and treats. A kind bony man he is, to his people, though not so much to those of the human world. Which, really, makes the human only more fun than it already is, as with the chances to brank out and try new things, only knowing that deep down, what he knows, is what heâ€™s good at. As if to say, if itâ€™s not broken, donâ€™t fix it. 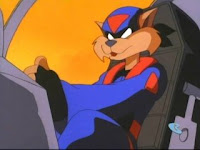 Not much to say about him, except heâ€™s a tech-wizard. When; he lacks in fighting, makes up for it with brains. Coming up with new weapons, he and T-Bone can use when going against foes. As for how his backstory goes, fallen on the rough times, able to get back on his feet, when able to figure out where his true level of promise lied. Nice sign of telling kids not give up, if I do say so myself.

Courage! A fine of the odd color dog.

Itâ€™s very weird, that unlike Bubbles, I have more common with a dog. Not sure what thatâ€™s said about. If anything thinking the slang for the female dog as an answer . . . be afraid my dearies, fear it.

Moving along though with the loud screaming dog, as heâ€™s scared of a lot of things, but when coming to those who are dream with him, has a backbone and takes the days of chaos with a finally shriek. What I love with how he wins some of the battles against the foes he meets, is out of pure luck or being a clucks . . . again, something I can relate to. So, I am glad I got to draw this one.

And to bring out the last one from the bowl and this list, that I am sure has been far too long to do.

What you donâ€™t have an idea?

Just to be clear, I have never played the game (to the fullest of it), but read the bat-shit insane Manga that is based from the games and damn . . . itâ€™s been years from reading and thank god never went back. Granted the story arcs that were going on, were awesome, but the one that got me to keep going. Despite, the headache, Roxasâ€™s side story was best, I loved the changes he went though, as in finding who he was and the end of what he choices in the end. Heart felt. And as to what this list goes, glad I picked him out of the bowl and got him on this list.

Hopeful, next time a list will be a little better more plan. Thanks if you were able to last this long. Bye!