Hi again my little Maniacs, I am back with another list, this time a little different on subject. In; a short tie in to talk about lazy style, strange style, and so on.

So after seeing what happen with my list, which came out fine enough for a first try?

To which, a sudden thought came to me, a little afterwards, to give this some thought and to give a try on something else. And something from childhood that would be PokÃ©mon, and what better to point out the strangest PokÃ©mon there is.

With that said, letâ€™s get show on the road with first choice. Ditto/Metamon; from: generation one of the PokÃ©mon worlds, with the main power of morphing into other PokÃ©mon, defaults of that, doesnâ€™t copy their powers, just looks.

Now overall, I wouldnâ€™t call this PokÃ©mon strange in design, but I would say the laziest one, where Ditto mostly a 1-D cutout of a three-old-yearâ€™s drawing, added with a face. With all the kinds of PokÃ©mon there are, this one falls low on thinking-outside-the-box and became more of a . . . brain-fart of these PokÃ©mon, minus the smell. Another one from the first generation world, we have Tangela/Monjara a grass type PokÃ©mon.

A body made of tangle vines, red feet, and big wide eyes of cluelessness. That could just be me that see that, but really, there is much more that could. Yes, there are other kinds of walking plant-type like this one, but at least those make a bit more sense. If; you go search for Vileplume, Bellsprout, Bellossom, Sunflora, and many others that I have no time to type . . . they make more of a lick of sense than Tangela. It looks more of a rat nest of hair, than vines. I would say; that if made the vines, look as they sound, and then fine. But this is a no . . .

â€œWhat about its Shiny look from the Black/White games?â€

What would that be?

Looks more a punk style wing, but I see where youâ€™re going, Fans.

*Watches Fans run for the door with a slam* In this next design, is monkey style, with an odd add-on?

So this here is Aipom/Eipamu, from the second generation. Itâ€™s a basic style choice. Purple monkey with a giant three-finger hand thing for a tail . . . this pick is mostly aiming for the tail. I canâ€™t look at anything else but the tail. Itâ€™s like a swelling mutation of some kind sickness from a sting; I donâ€™t want to know where itâ€™s from. Cuteness is fine, but the eye brow goes up from the sight of the tail. Just . . . wow. Itâ€™s simple and yet so strange.

Next up, I would only think that this would happen, if drugs and animals met as one. At least with the last one, it felt like a sickness. This one feels like drugs . . . Itâ€™s like an owl, techno music, pipes, and drugs rolled into one. Generation three needs to lay off the smoke, now. And; made this . . . which; we are just going to call Claydol/Nendoru. From the last ones, it was lazy or simple tweaks. This is just weird. I mean look at this thing long enough and something in you is screaming in fear. And to that, I give the designers thumbs up to this, which this means they tried and boy, did it do something. History wise, this could be a PokÃ©mon of good luck, might be wrong from how searching for this thing is going, but yeah. Creepy and it works in its own right. Yeah, another weird one that makes me think of things I shouldnâ€™t be thinking about. Design for it clever, as in taking something a good amount of people could tell what it is, with a . . . not-so-subtle-twist. Probopass/Dainozu is an odd mix and eye-brow lifting, much more than its devolved form. This is more sight of clay Mr. Potato Head toy, with a really big nose. That is more cute than weird. And that is also an odd thing about it. Oh well.

You know, there are things in life, from seeing a screen and it just looks wonderful and kind of tear-jerking. Much as seeing soon-to-be mothers seeing their children on an ultrasound. Itâ€™s a magical moment. Really, I think so . . . but then there can be something that can kind of kill it. How so? Recall of what I said before, and then you see a PokÃ©mon like this. That joyful feeling is than rip out of you, torn to little pieces, toss in a blender, and then feed to the fishes at the nearest pond. Musharna gives me that feeling, with a shock face and childhood crying. As simple of a design it is, it is a design that doesnâ€™t settle well to the stomach, at least with me?

If you have thoughts about this, feel free to share it. Love to hear what you have to say.

Up next, we have a distance family friend of Bugs Bunny . . . well if anything, they have the same smirk. This here is Diggersby from the Generation six file, and much again, simple and odd. For his ears are his weapon of choice, reason why his ears are shaped like fist. Weird thoughts just go through me head when seeing this guy. Fat-rabbit, short limbs, huge . . . bigger than life ears that will knock some sense into someone who dare cross it. Again, weird thoughts on this . . . Not of how it looks, but more of how it messes with your brain to think of what could come out of it? I am sure; a handful of people will come up with a similar idea and make this PokÃ©mon an eye-sore than he already is. Just . . . another wow on this . . . WOWS.

To me, that could only be seen as a nightmare come true . . . All the way from Generation five, we have ice cream . . . that talks, moves, breaths . . . and sadly looks so yummy. Itâ€™s murder on the spot for this one, if it comes near me. Vanilluxe/Baibanira name is also reflects what it is, vanilla ice cream. If there is an eye-brow lift to this, is only for the thought, that I need something sweet before something screams bloody murder. So good, that even of one of the scoops wants to eat itself. Misleading mostly this one is, but a good one . . .

Hello, I am back! I had no idea where at first, but I am back. So with that letâ€™s move on to the next one on the list. Shall we, loves!

From Generation five once more, we have a PokÃ©mon that kind of throws me off the loop here. Mostly: for the design, species list, and all around creepy. Shelmet/Chobomaki here is a face in an armor helmet. But it is mix with a . . . 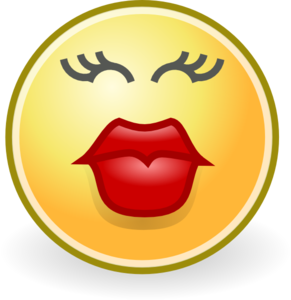 And thatâ€™s what the outcome was in the end. Just bizarre and wow . . .

And with that, we move onto to one that is more of a-none thinker as to why it would be on this list. Just take in the sight of it. Long and hard, why would this be on here? All the way from Generation six we have Yveltal . . . that has a gutter thought of design, mostly for how I think of it. From the waist up, it looks very cool, but then you get to the lower half and . . . umm . . . yeah, no. It might be big and scary, but really, it ends up being too funny to take as a â€œBIG BOSSâ€. I am going to call it a wind chime on acid. All the from Generation five, Sigilyph/Shinpora, that somehow comes off more questionable than that debate about the PokÃ©mon that came off to others about being xenophobic, before some color change happen. But somehow, heart wise; this feels more the part than . . .

I never saw the conation, as parents that have gone overboard to scream for change.

Again never saw it, but oh well, that was said and done. But going back to Sigilyph/Shinpora, it had more of a negative impact to me, makes me flinch from the sight of seeing it every time. I guess it must be a deep dislike from me, for I am not sure who else might give a better insight of it. But: yeah . . .

And this is where I end of the second list that was made by my hands.

I know itâ€™s not good, so feel free to give some insight of it.

Bye and catch you all later!