Inbetween: The Works of Crayak 7 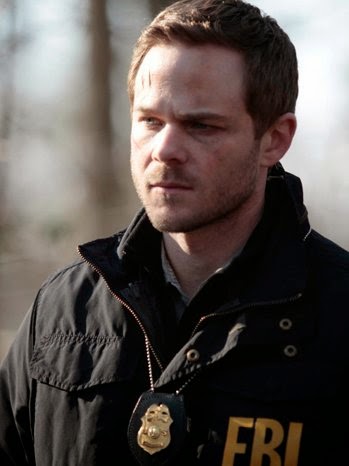 A light rain had just stopped so the ground was wet and I could turn off my wipers. I looked to Ryan whose legs had finally stopped twitching and worried about Ryanâ€™s state of mind. I knew that I wouldnâ€™t react badly to Esplin, at least not badly enough to endanger my life or Ryanâ€™s, but I was unsure about Ryan. Especially since he seemed really keen on killing Esplin instead of capturing him.
I loathed Esplin, but I was trying to become a better person also. Maybe if I found a way to capture Esplin then Cassie would be in my arms again. Was that selfish? Would she see right through me?
In any case, I was dead set on not killing Esplin. Ryan wasnâ€™t. Was he twitching because he would disobey the plan so badly that heâ€™d run off and kill Esplin. The Yeerk didnâ€™t always act rationally, but when he did he could do horrible things. Things Ryan wouldnâ€™t be prepared to fight in his current state of mind.
As I pulled up into the church parking lot I could hear Esplin preaching through speakers placed around the church. Many probably thought it was a recording of him as that had happened a few times in the chase to find the former Visser. I could also see some bystanders stopping and looking. They couldnâ€™t get in due to the security around the main entrance. Hearing Esplinâ€™s words coming from another body wasâ€¦unnerving.
I could tell that Joe Carroll had been an English teacher just by his voice alone. I donâ€™t know what it was about the voice, but I could imagine being in class with him talking about Poe or Shakespeare. Hell, Iâ€™d even be more awake than usual about those subjects. More awake than when my tutor came around every now and again. My tutor sometimes came every few months and sometimes once a week. It really depended on my FBI work.
â€œHeâ€™s good.â€ I said and received a stunned look from Ryan. â€œI mean his voice sounds charismatic. Esplin did a good job at picking his new human host. Probably wasnâ€™t happy about it.â€
â€œOr maybe him speaking to Crayak helped change his mind.â€ Ryan said dryly.
â€œWhatever the case is, Esplin didnâ€™t just blindly run off to pick a host.â€
We were silent as we got out of the car and Esplinâ€™s preaching became louder. He was speaking some nonsense about all species having to learn to live with one another so that they can come to the truth. The truth was probably whatever hell Crayak had planned for the universe.
â€œA Yeerk trying to talk about peace and unity.â€ Ryan said. â€œIâ€™ve seen a lot of things in my travel and time on Earth, but thatâ€¦that is justâ€¦justâ€¦â€
â€œYeah, the Yeerk in charge of the Invasion of Earth doesnâ€™t have much to stand on in the way of peace and unity.â€ I agreed. â€œBut those people are just eating it up.â€
I pointed to some of the people that were standing around the church and listening to Esplinâ€™s words like they were gospel. I saw a man have to hold a woman who had started to fall over while crying. I wanted to run to them and tell them how horrible Esplin was. The crimes he had committed that I knew about were horrible enough and it scared me to know that he had done other things I didnâ€™t know about that were equally as vile.
And now there were people crying over his words and people willing to die for him. People that were part of the species he had once been the leader to enslave.
â€œMakes you-â€œ I said as I started to turn back to Ryan and realized he wasnâ€™t there. â€œDamn Andalites.â€
I was brought back to when Ax had first arrived and how he had run off in the mall. It had been utter chaos then. Was it just an Andalite thing to run off recklessly like that? But I couldnâ€™t think of how Iâ€™d reprimand Ryan as I had to get into the Church. The end goal hadnâ€™t changed. Just the fact that my partner had gone rogue.
I tried to remain calm as possible as I started to walk around the church. I walked calmly like nothing was wrong. I didnâ€™t act like I was scared but like everything was going according to plan. I saw another person, a man this time, go down on his knees to Esplinâ€™s words.
He had gone down violently so I went to check to make sure he was doing okay. As I went beside him he just shook his head.
â€œIâ€™m doing fine.â€ The man replied. â€œThese wordsâ€¦whatever the equivalent to an angel is, thatâ€™s him. We need peace. We need unity.â€
I walked away, with a sinking feeling in my stomach. I slowly walked around trying to find an entrance and reminded myself to stick to the plan even if Ryan hadnâ€™t.
————————————————————————————————————-
All of Inbetween: The Works of CrayakÂ Â Â Â
MY FORUMS
DONATE YOUR ACCOUNT