Season 2, Episode 20
The One Where Old Yeller Dies 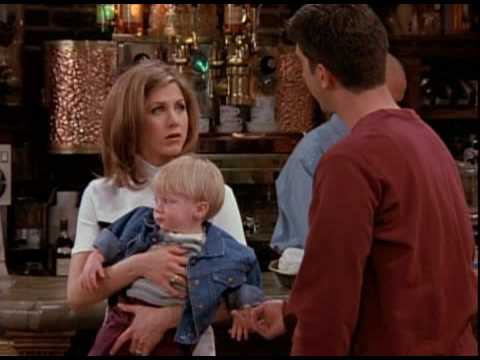 Plot Summary-Rachel discovers Ross has planned their future, Phoebe discovers her motherhid sad endings to movies from her, Monica worries that Richard is spending toomuch time with the guys.

Standout Character-Rachel, her anxiety in this one is totally believable

Syndication Edit-The tag, which had Phoebe watching a potentially scary moment with Ben. In this scene she does what her mother failed to do, watch the program with the kid and walk them through it to make sure they are not scared. Itâ€™s actually a very nice Phoebe scene and itâ€™s a shame itâ€™s lost to syndication.

Final Thoughts-Phoebeâ€™s story is kind of dark in this one, but I guess that is appropriate. It is hard to believe she didnâ€™t know the real endings to some of those movies. When I was married I was the opposite of Ross and Rachel here, she would be thinking about our future while I was just wondering what was going to happen next week. So I can relate and I understand why Rahcel would feel alittle smothered. This is the first time Ross and Rachel officially say thatthey love each other. The other story is really good as Chandler and Joey bond with Richard. I like how they keep it Monicaâ€™s story and not make it all about Richard which they could have easily done. The scene where Ben says his firstword is great.

Season 2, Episode 21
The One with the Bullies

Plot Summary-Chandler and Ross run into two bullies at the coffee shop. Monica tries to play the stock market. Phoebe makes another attempt to visit her birthfather.

FunniestLine-â€œOk, the dog will lick himself, but he won’t eat your sandwich. What doesthat tell you, Joey?â€â€¦.Rachel

Nitpickof the episode-Why is it that only Ross and Chandler are spending time at Central Perk in this episode? Donâ€™t they all hang there? Isnâ€™t Phoebe there allthe time? Doesnâ€™t Rachel WORK THERE? They make a half-ass attempt to get Joey into the story but still, why are Ross and Chandler all alone in this one? On another subject, how come no one in Phoebeâ€™s fatherâ€™s house notices a cab parked outside for hours?

Standout Character-Phoebe, glad she finally found the nerve to ring that doorbell

Final Thoughts-When I first saw this episode I HATED the bullies story. First, the idea that these guys would act like this is far-fetched. Second, it makes Ross and Chandler look like the biggest wimps on the planet. I have seen this episode since and donâ€™t hate this story as much, but itâ€™s still dumb. Monicaâ€™s story doesnâ€™t have much energy but I guess it isnâ€™t bad. It is funny to see hertake the job at the theme restaurant, which lasts a surprisingly longtime.Â  It is also nice to see the Phoebestory pick up even if it stops almost immediately after. And the stuff with thedog was obviously just to pad the episode out.

Season 2, Episode 22
The One with the Two Parties 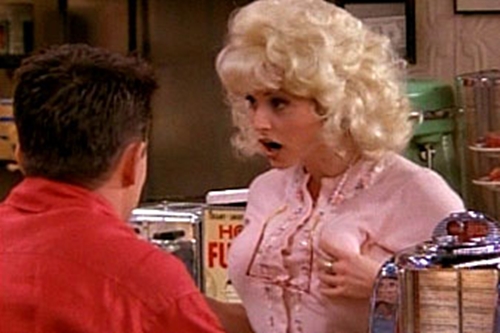 Plot Summary- The gang plans a surprise party for Rachel, but things donâ€™t go as planned when both of her parents show up.

Funniest Line-â€œHow you holding up there, tiger? Oh, sorry. When my parents were getting divorced, I got a lot of tigers. I got a lot of champs, sports, once I even gota governor.â€â€¦.Chandler

Nitpickof the episode-Monica kills me in this episode. I am a quiet kind of guy, but I would not inflict that on people. And if I were going to have a party I would at least have some music or something. I mean Boggle? Really???? I think it was supposed to be a joke in the series that Monica always throwâ€™s a horrible party but that never really clicked.

Standout Character-Rachel, you feel for what she is going through and her talk with Chandler at the end is a very well written moment.

Syndication Edit-A great line from Ross was cut after leaving to get Dr. Greenâ€™s glasses, Rachel accepting that both her parents are at the party

Final Thoughts-For an episode with really only one story, maybe two, itâ€™s strangelystrong! There is just so much to love here, and everything works. Not only isit funny with some great gags, but the emotional stuff with Rachel is very effective.Â  This episode proves that the show could still be funny even without the multi-layered stories.

Season 2, Episode 23
The One with the Chicken Pox 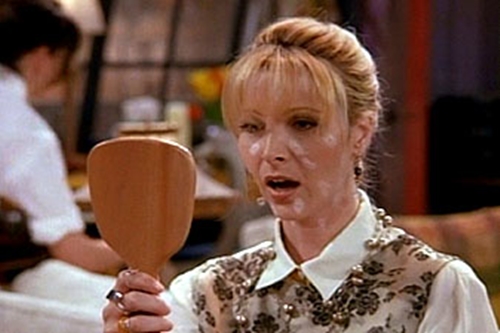 Plot Summary-Phoebeâ€™s old friend comes to town just as she comes down with Chicken Pox. Chandler gets Joey a job at his office. Richard learns all about Monicaâ€™slittle quirks.

Nitpick of the episode-It feels like Joey is someone Chandler is helping out that he doesnâ€™t know, and not a roommate and close friend as they really are. More on this in a second.

Standout Character-Monica, always fun to see the more neurotic side of herpersonality

Syndication Edit- At the start of the episode, Richard gets to finish his question in the DVD version, Ryan saying goodbye to the group (sans Chandler and Joey for some reason)

Final Thoughts-This is a very uneven episode. Not sure why, the stuff is funny and we even learn a bit about the characters. I think itâ€™s because there is such disconnect among the friends here. Chandler and Joey have their own separate story which does not affect anything else, and in fact we donâ€™t see them interact with the other friends once in the episode outside of the teaser! NOT ONCE! Usually there is some crossover among the characters but not here! Â I mean the episode spans two weeks!Â  We couldn’t get one scene of Chandler complaining about Joey to the others to get him on the other story? This is just having them sit in the recliners for a whole show, only worst. Add to that the fact the story is kind of dumb and we can see where this episode fails. The rest of it is really good with some great laughs. Charlie Sheen is great in this one, and we really believe Richard loves Monica if he appreciates her quirky brand of insanity.

Grade=B-,Joey and Chandler are the epitome of filler here but otherwise decent episode

Season 2, Episode 24
The One with Barry and Mindyâ€™s wedding

Plot Summary-Ross and Rachel attend Barry and Mindyâ€™s wedding, where Rachel reveals a bit too much. Joey needs to practice kissing a man. Chandler falls for awoman online while Monica questions her future with Richard.

Funniest Line-â€I cannot believe I have to walk down the aisle in front of 200 looking like something you drink when you’re nauseous.â€â€¦.Rachel

Nitpickof the episode-Why were Monica and Richard invited to the wedding? I donâ€™t know how Rachel tolerated that taunting at the wedding for as long as she did, thank goodness Ross was there to speak up for her.

Standout Character-Rachel; Iâ€™m starting to think she may be my favorite character onthis show

Final Thoughts-After the last episode this one is a nice return to form. Yeah the Joey story is kind of pointless; it feels like they needed something for him to do. Of course the big thing in this one is the end of the Monica/Richard relationship. I have heard, from one of the creators, criticism that this was to sad. And to be honest, I think it was well done. Breaking up like that isnâ€™t easy, and how else could the episode havedone it? I am glad they didnâ€™t go for the cheap laugh at the end. Chandlerâ€™s story made for some laughs but is it me or was making the woman Janice acop-out? Her appearance at the start of the season felt like the end so why have her here? Thankfully the creators would eventually realize Chandler can attract more than just Janice. Rachel is just perfect in her story, and her singing Copa Cabana is a real treat. Not the strongest season finale but all in all a decent end to the year.

Grade=B+,nice way to end the season

Next week we dive into Season 3 including my absolute favorite episode!