A month late, Spaceman reflects on the six Christmas songs that annoy the hell out of him. 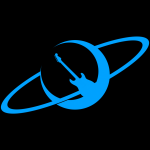