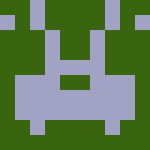 For people who know me I try to be as honest as I can be for things.Â  I run a decent booze reviews show, and I do what I can to keep it going one way or another.Â  I donâ€™t have much of a followingâ€¦. YET, but Iâ€™m getting there.Â  With almost 750 followers on Twitter, my Facebook page is fluttering with almost 330 people and my you tube page pulling up the rear with 90 followers.

So when I ask someone if Iâ€™m able to use their song in a video Iâ€™m doing it because A) I like the song, and B) it fits with what I do.Â  I donâ€™t make money off of my content as of yetâ€¦ I have yet to see a Paycheck from You Tube.. in fact in the last 2 years of doing this, I have made a total of 12.00 for my videos, most of which came from doing a video a day in December.

So when I come to someone asking if I can use their music in the four times Iâ€™ve askedâ€¦ three out of the four people have said yes, and there is some big names on one of the pieces of music I was allowed to use.Â  For example, I talked with the CEO of Coldcock Whiskey to see if I could use the punk version of â€œTurn down for whatâ€ featuring Upon a Burning Body and Ice-T they said no problemâ€¦ NO PROBLEMâ€¦ granted it was for their Whiskey, but they went one step further.Â  They put my review up on their webpage for others to see for two weeks. I was SO not expecting that, that right there was a honor to have.

I have even gotten Stone Clovers permission to use their music in the credits of my video, and they had no worries about it, they ask I use it over a certain period of time and then ask again when the time is up, which is fair enough I have been doing that and keeping up with it.

My co-host used a song that he found that I KNEW would get flagged right away on You Tube but it was so good I had to use it with the video review we had, so I emailed the artist, and he got back to me quickly with a request.Â  That we put the name of the song and the artist that did it while it was playing in the title screen.Â  So we did, easy peasyâ€¦ and we showed him the intro so he was ok with it and any suggestions he had he we worked together to get it up to where he could agree with the video. He watched it again and he was happy with what we did. It was great to work with him.

It honestly isnâ€™t hard and it is free publicity on both ends, but when you have a higher promotional company they start to see dollar signs, and that is all they see. I get that, any penny you can get by all meansâ€¦ Iâ€™m learning that with my reviewsâ€¦ only .. I have yet to see any pennies, but Iâ€™m still having fun doing what I do.

I even was going to go as far and promote the country songâ€¦ YES COUNTRY songâ€¦ I HATE country, I live in a city where it is everywhere and I still canâ€™t stand it.Â  Donâ€™t get me wrong, there are some wonderful artists out there that have made country going for many years and still will for many years to come, but personally I canâ€™t stand the sound of it.Â  This song however.. this one, was good, it had a great beat to it, the lyrics were fast paced and smooth, and it was catchy, damn catchy! I listened to it for at least five times and I still enjoyed it, so I thought Iâ€™d give it a shot and have it on my show for possibly doing some beer reviews during the Calgary Stampede to go with the theme.

Emails were sent back and forth, and finally the last one that got to me had the following:

â€œJust up front â€“ the publisher is going to want a good amount of dollars to allow you to use this song as contentâ€¦.

I think itâ€™s not going to work based on dollars and cents alone.

Thanks for reaching out though â€“ fun content for sure!â€

Well ok thenâ€¦ I guess that is final, greed is where itâ€™s at when you are approached to use a songâ€¦ HOWEVERâ€¦ Appealing to the public for them to appear in a music video in a bar for freeâ€¦.. Thatâ€™s a different storyâ€¦ because they are appealing to the good folks to come before 6pm and 8pm Friday to appear in their video they are doing there and you get into the bar for freeâ€¦ yet you canâ€™t use their song without spending a lot of moneyâ€¦.. thatâ€¦ is greed.

But who am I to say, maybe they might get back to me after my email stating there have been others that agreed to use their songs in my videos for a quick promoâ€¦. Or maybe they wont because they feel they are above meâ€¦ if they donâ€™t howeverâ€¦ I donâ€™t owe them anything to promote their music at all as much as I wanted toâ€¦ I have removed their song from my Facebook page after saying I liked itâ€¦ because they donâ€™t need me, they rather take my money that I donâ€™t make for my videos with a little bit of greed in my opinion.

For now Iâ€™m PK thanks for reading!