Hello & welcome back to A Look at Disney Opens The Toy Box. And once again, I apologize for the delay. So, here’s a double review as we start to wind down things. Â As I take a look at both, Small Fry and Partysaurus Rex. Â With that out of the way, let’s begin with Small Fry.
The Plot

Gotta be honest, this short reminded me of Wreck-It Ralph. Â Mainly Â the Â Fast Food Support Group, which was a lot like Bad-Anon.

And lest I forget that the leader of the Fast Food Support Group, Neptuna was voiced by Jane Lynch, who was Sgt. Calhoun in Wreck-It Ralph. 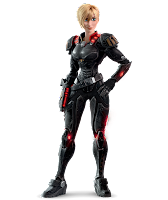 Okay, so what’s the plot of this short. Â At a chicken fast food joint, Poultry Palace, they are giving Â out Buzz Lightyear toys in their kid’s meals. Â And Â Bonnie gets a Zurg belt but wants a mini Buzz, but they are all out of those. Even Â though, they have one in Â the display. Â (I know Â the feeling, I went to McDonald’s, when they had MLP toys to get Fluttershy, both MLP and Equestira Girls. Â They had them in the display but they only had Twilight Sparkle left in storage). Â The short then takes us to the display case, where Mini Buzz complains that they’ll never be played with as they are just display toys to to the display case Zurg, who is happy to stay. So, he decides to escape and switch places with Bonnie’s Buzz, who she brought along with Buzz to Poultry Palace. And back Â at Bonnie’s Â the other toys. Â While the real Buzz tries to make his escape from Â Poultry Palace’s vent system and this is where he falls upon the support group. Â  And after an extended time with the discarded toys, Buzz makes his escape with a grappling hook toy. Just as Bonnie’s toys make plans to rescue Â Buzz, he shows back up at Bonnie’s and we later see, that Mini-Buzz is now attending the support group with Buzz as his sponsor. Â Yeah, this short wasn’t very good. 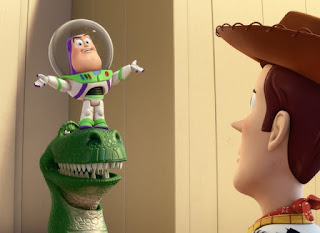 Mini-Buzz was just annoying. Â  I’m glad we didn’t have to spend too much time with him because I don’t know much more of his antics I could have taken. Â I just wanted him to go away every time, he was on screen. 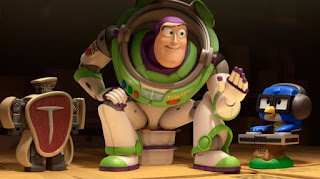 There’s not really too much to say about Buzz in this short. Â His interaction with the support group was okay but nothing too special. 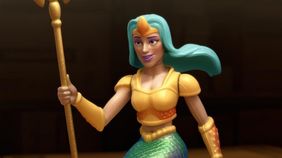 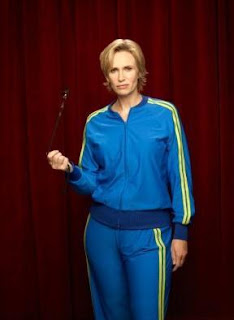 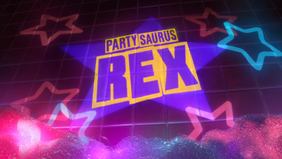 Â
The Plot
Â
We start off with the toys in Bonnie’s room blowing bubbles and Â Rex popping them because fear that they would flood the house. Â  And it just happens to Â be Bonnie’s bath time and she decides to take Rex in. And we get a cool sequence as she plays with her bath toys. And we learn that once the bath is done, the bath toys don’t have any fun because none of them have arms. Â But Rex decides to help the toys out as he has arms and fills the tub with water. Â And makes it an an awesome party. 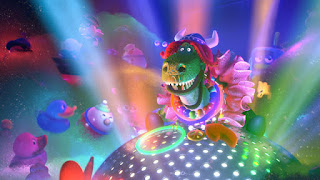 And I do like here how Rex does think about his actions Â before going through with the opposite thing because of what the Â other toys said to him before bath time but this leads to the house being flooded. Â And the bath toys loving it as they are careless and just picture the bathroom as a nightclub, Â And the short ends with Â Rex Â explaining his exploits to the rest of Bonnie’s toys and Potato Head not beliving him but the pool toys had heard the legend of Partysaurus Rex and want him to start up a party for them.
Character
Â
Rex voiced by Wallace Shawn

I really liked Rex in this short as it gave him his moment to shine and be more than just the worry wort that we see him as in the films. And that was fun and Â Rex was having a blast with the party and that made you enjoy the party as well.
Â
My Final Thoughts
Â
Â
This is easily the best of the three shorts and the only one that I would highly suggest. Â It’s really worth a watch, if you haven’t seen it. Â  Join me tomorrow as we close this event out by looking at covers of the Toy Story songs.