Trotting Through Life Rarity Retrospective: A Look at Rarity 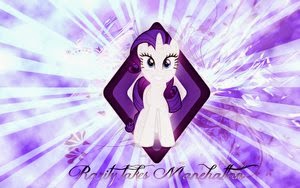 A few years ago, when Trotting Through Life was still fairly new, I dedicated an entire month to my favorite MLP character, Fluttershy with Flutter Month (Yay!). Well, we are doing that again but this time with the fashionista of the Mane Six. And after Flutters, she is my favorite character. Welcome to the Rarity Retrospective. This will be a weekly event focusing the unicorn with the best fashion sense in all of Ponyville, some might even say Equestira. What will this entail? Well, I will be reviewing every Rarity episode (except for Rarity Takes Manehattan as The Second Opinion and I already looked at that & Sonic Rainboom as that is more of a Rainbow Dash episode. She’ll get her retrospective down the road after Pinkie Pie.), a look at Rarity’s Rainbow Rocks Prequel short, a book review, 4 comic book reviews including a look at the highly polarizing, Nightmare Rarity arc. Which before that will be a Villains Profile on Nightmare Rarity and finally, we will end as all could retrospectives do with a countdown of my Top 6 Rarity Moments. But before, we get to any of that, we need to take a look at Miss Rarity herself. Here, we will look at her voice actress, First Appearance How Rarity Got Her Cutie Mark, Personality, EQG Counterpart, & finally, Is Rarity a Good Character. Let’s begin. 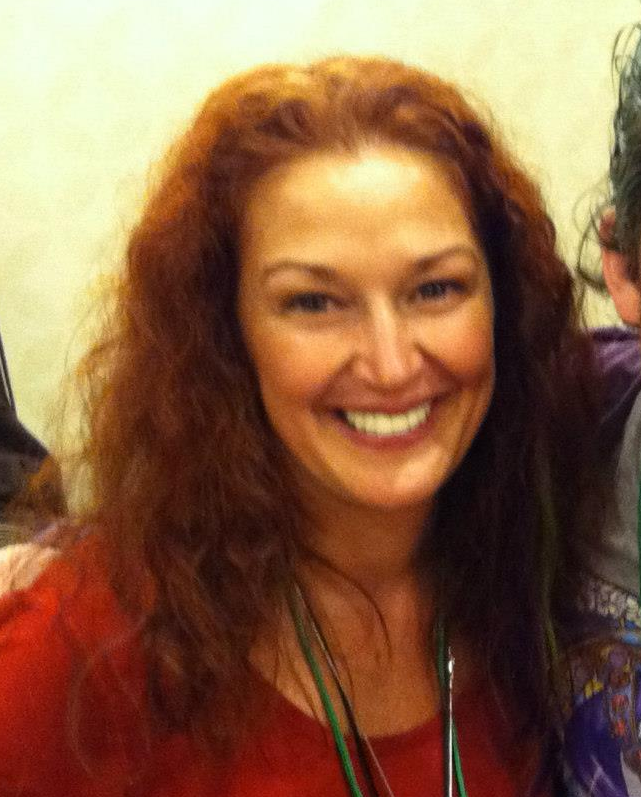 Tabitha St. Germain is easily one of the most talented VA’s on the show. She perfectly delivers the lines of Rarity’s and you can just feel it, when she gets over-the-top with Rarity’s more drama queen moments. Which are always some of the highlights. Now besides, Rarity, Tabitha St. Germain also plays Granny Smith, Photo Finish, & fan favorite, Princess Luna. Which was greatly referenced in Testing, Testing, 1, 2, 3. With Rarity dressed as Luna delivering Luna like dialogue. 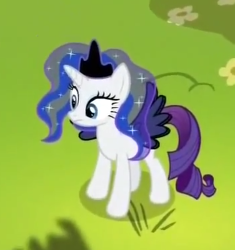 We first meet Rarity in the Pilot Episode as Twilight Sparkle goes to check on the decorations for the Summer Sun Celebration and there we get a glimpse of her personality, how she is into high-end fashion and holds her and the reaction to Twilight’s mussied up mane and takes her back to fix it. And we also get a taste of Spike’s crush on Miss Rarity. 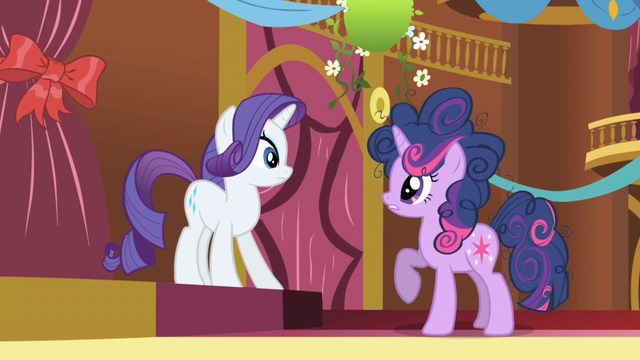 Going by Rarity’s introduction, one may be led to assume that Rarity is just a vapid and shallow character that only cares about her looks and appearing as though, she doesn’t actually care about anything besides appeasing the upper crust ponies of Equestira. But as we will see throughout this event, that is not the case. With Rarity, you just need to look past the surface and dig a little deeper to actually see what she is all about.

How Rarity Got Her Cutie Mark

In Cutie Mark Chronicles, we learn how each of the Mane Six got their cutie marks. For Rarity, had to do with a rock. 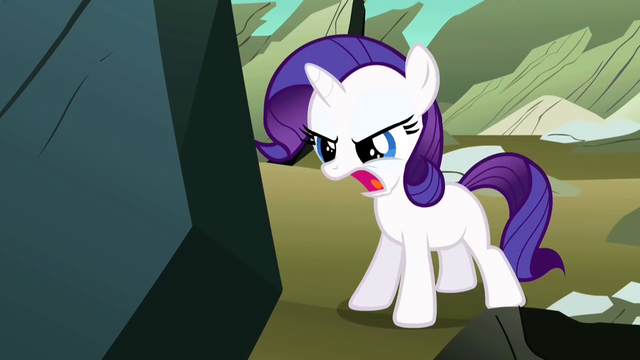 Actually, it has more to do with the gems inside the rock as we learn that Rarity’s talents are finding gems and using them as a fashion accessory. As we see with the costumes that she made for the school play. Her teacher thought the dresses were nice but Rarity wanted them to be spectacular. And that was the night that young Rarity got her cutie mark. 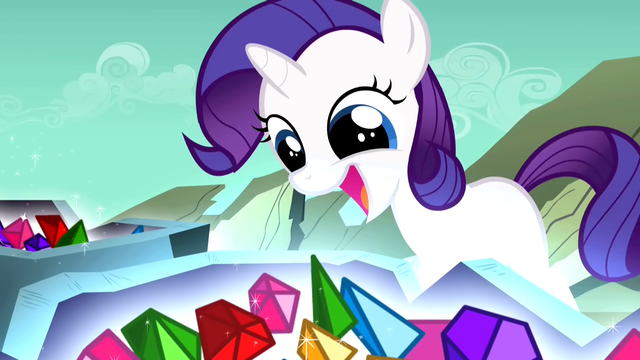 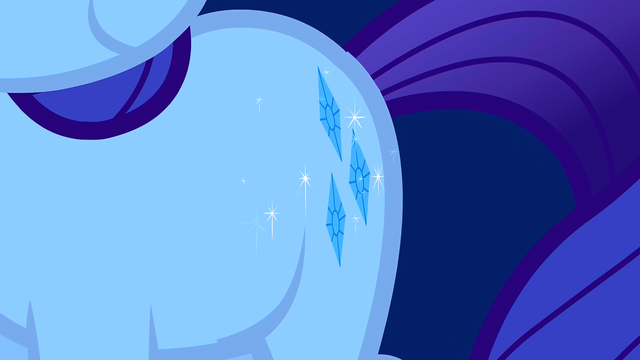 I’ll freely admit that when I started watching that I wasn’t the biggest fan of Rarity and in fact, I was turned off by her because I just found her to be a bit annoying but over time, she grew on me and I found her to be one of the funniest characters on the show with her over-the-top dramatic moments. Now, yes I did mention up top that Rarity loves the spotlight and does love shining brighter than her friends at times but she is also willing to puts others before herself as we see in Suited For Success as she makes dresses for her friends, even though, she knows their designs are hideous. And yes, Rarity does hold to herself to a higher standard than the rest of the cast wanting rub hoofs with Equestira’s elite. All of these are important to Rarity as a character but the two biggest things I love about Rarity is that she is passionate and driven. Whenever, Rarity sets her mind to something, she puts her all in to deliver the best product that she can. We see this with every dress that she makes. This is the thing that I admire most about Rarity, she puts her all into everything and this is something that I try to do with everything that I do in life. I try to put my best foot forward on every project I do. 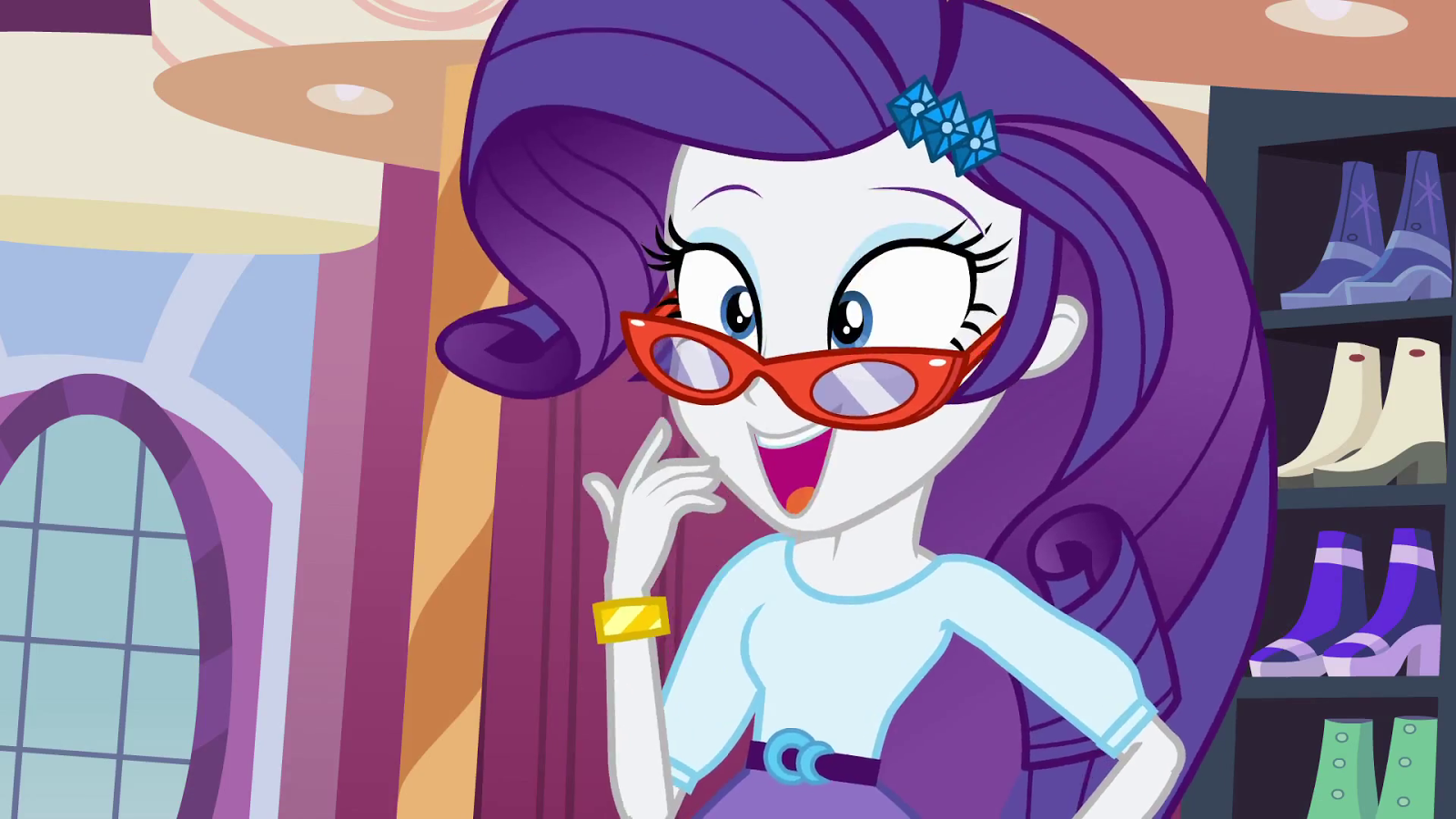 In the first Equestira Girls film, we are introduced to Rarity’s human counterpart. Who for the most part is pretty much the same as her ponysona. She’s into fashion and seems to also work at a Carousel Boutique. Though some fans have lamented that they don’t think human Rarity’s fashion sense is quite as good as pony Rarity’s. I do see where fans are coming from and that does bring me to an issue I had with the sequel and something that I’ll be addressing throughout this retrospective. One of big things in the sequel was the constant bickering between AJ and Rarity. Which, we have seen many times before and it is rather tiring. 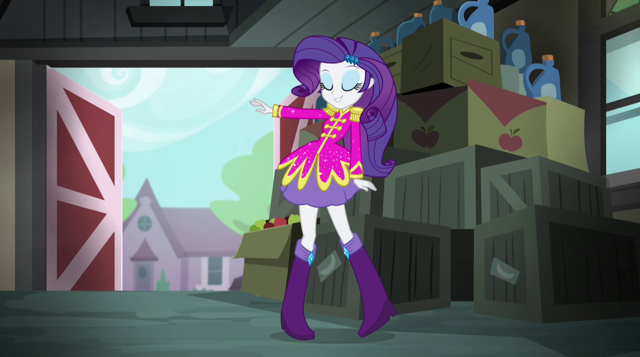 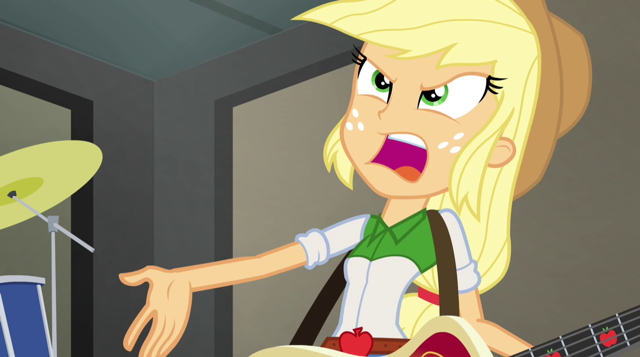 On the one hand, I am willing to let this slide as these technically aren’t the same characters from Equestira but as I said in my review, I just found it tiring and I am not a fan of this pairing either. I get it, why it’s so popular because their personalities clash with one another so much but it gets real old real fast.

Is Rarity A Good Character

I wouldn’t be doing this event, if I didn’t think Rarity was a good character. As I said in the intro, she’s my second favorite of the Mane Six. And I feel as though some people seem to look at her only on the surface as being the drama queen of the cast. And while I will not deny that is the case, there are more aspects to her character than just that. Such as I brought up, her passion and drive to be the best, while at the same time wanting to please her friends, even if she knows that she will not be turning out her best work. Join me next week as we start our look at the episodes with…

Look Before You Sleep