Around the 90’s, Nickelodeon had started building a bit of diversity with their cast with shows such asÂ My Brother and Me, The Mystery Files of Shelby Woo, Kenan & Kel,Â andÂ Cousin Skeeter.Â While it was mostly an African American cast, it was time for another race of people to have a teen sitcom series: the Hispanics. At the time, there were no Hispanic shows on TV unless it was on a Spanish television channel like Telemundo or Univision. The very first show containing a mostly Hispanic cast for an English channel, and created, produced, and directed by Hispanics was calledÂ The Brothers GarciaÂ and itÂ debuted on March 28, 2000.

The show begins with a narration of Larry Garcia (voiced by John Leguizamo) as he tells the story about his family when he was a boy. It contains of his mother Sonia Garcia (played by Ada Maris), a loving mother who owns a beauty salon in her garage, his father Ray Garcia (played by Carlos Lacamera) a college professor who’s watches his children and teaches them about hard work and responsibility, his oldest brother Carlos (played by Jeffrey Licon), his second oldest brother George (played by Bobby Gonzalez), and his older twin sister Lorena (played by Vaneza Pitynski). Carlos is a laid-back ladies-man who loves girls and hanging out with his friends. George is a sweet, smart, and witty kid who loves food and music. Lorena is a over-exaggerated girl who loves watching novellas (Spanish soap operas). Larry is the average kid constantly teased about his height and learning new lessons about life from his family. 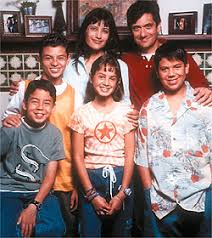 In each episode, Larry and his family go through an everyday family struggle and the adventures they would have to solve it. The show mostly focuses on the relations between his brothers and sister trying to get along despite them being completely different. From going to school to growing up to learning about responsibilities, the adult Larry narrates his life to the audience so that they can be able to learn and relate to the characters. Many people have compared this show toÂ The Wonder YearsÂ in which an adult narrator of the main character discusses about his life. But instead of a typical American family that grew up in the 1960’s. it’s about a Mexican-American family in today’s time. At the end of every episode, they would learn a lesson and Larry would conclude each segment with the phrase “Todo para la familia” or “Everything for the family”. It indicates to the audience that no matter what situations the family gets into, they know that they have each other.

The show was created byÂ Gibby Cevallos,Â Mike Cevallos, andÂ Jeff Valdez. When the show first came out, it was praised for the unique concept and relatable characters. It had created a buzz among the media of having a Hispanic cast in their sitcoms in a time in which the majority of the diversity was a choice between a White or Black cast. It would paved the way for other successful sitcoms and shows with a Hispanic cast such asÂ Tiana, The George Lopez Show, Mucha Lucha,Â andÂ The Ortegas.Â It was truly ahead of its time. 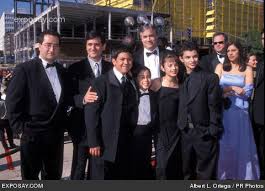 The show lasted for 4 seasons ending its run on August 8, 2004. Some of the actors went on to do other projects afterÂ The Brothers GarciaÂ while others faded into obscurity.

Ada Maris has been in other TV shows such asÂ Star Trek: EnterpriseÂ andÂ One Life to Live.Â She’s currently married to actor/director Tony Plana and has two kids. 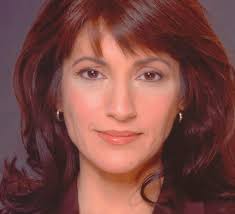 Overall, I find the show to be okay. While it did become the very first show to feature a Hispanic cast on an English network and would pave the way for other successful shows with Hispanic casts,Â The Brothers GarciaÂ is a pretty typical show with normal characters and normal situations. I mean, don’t get me wrong, they’re not bland or boring, and they do represent what a typical Mexican-American family is, but I felt like it was already done before. I did feel like it wasÂ The Wonder Years,Â but with a Hispanic cast. They didn’t do anything special toÂ separateÂ themselves from that.

Take for example a TV sitcom that aired a few months beforeÂ The Brothers Garcia: Malcolm in the Middle.Â It was basically likeÂ Married with ChildrenÂ in which is wasÂ about a dysfunctional family,Â but with a younger cast. But there were hugeÂ differencesÂ betweenÂ Married with ChildrenÂ andÂ Malcolm in the Middle:Â the family members were more smarter, more wittier, and more dysfunctional. That’s why still to this dayÂ Malcolm in the MiddleÂ is still remembered and recalled upon. While the concept wasn’t unique, it was presented in a different way that made it fresh and new.

WithÂ The Brothers Garcia,Â I didn’t really get anything from it. If you’re a fan of shows likeÂ The George Lopez Show,Â then at least giveÂ The Brothers GarciaÂ a bit of credit. I would check it out because of what the show did for television, but I wouldn’t recommend sticking around for too long. 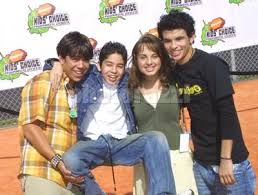 Speaking of which, withoutÂ The Brothers Garcia,Â we wouldn’t have had our next show that we’re going to review. One of the most popular programs of Nick Jr. that gaveÂ Blue’s CluesÂ a run for its money as the #1 program! Tune in next time as we discuss all about it. 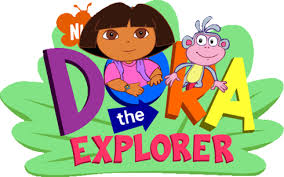